Alexees Diggins took time off in her early forties to care for her sick father. When she returned to her career in financial services, she was told by some recruiters to expect a pay cut of up to £20,000 a year.

Yet she had freelanced and made sure she kept learning new skills during her time away from the traditional corporate world. “There’s this idea that you don’t exist and when you come back to the jobs market, you’ve lost some val­ue,” she says. “I lost a lot of confidence and thought: ‘Is it because I’m older?’”

Ms Diggins’ experience is not unique and speaks to the frustration many professional women feel when their earnings begin to stagnate, often after they take breaks from full-time work to have children or care for elderly relatives.

It is not unusual for salaries to stop growing during a career: pay progression tends to flatten once employees stop learning in the workplace or cease to take on new responsibilities.

Data show that women hit their peak earnings age — the point at which salaries stop growing above inflation — far earlier than men. At the midpoint of 2018, the average age at which annual salaries for women in the US stopped growing was 40, according to data compiled for the Financial Times by salary information website PayScale. Men, on the other hand, were roughly a decade older when they reached peak earnings. The figures were similar in the UK.

The trend has not improved over time — indeed, men appear to have benefited over the past decade from a strengthening economy and a shift towards longer working lives, whereas women have not. In 2008, women’s wages tended to stop growing at about the same point as they do now — at 40 years old — while pay growth for men tapered off earlier, about the age of 45.

Extended breaks from the labour force are a big factor in this peak earnings discrepancy, just as they are with the average hourly pay difference bet­ween male and female staff, often called the gender pay gap. Men and women who returned from one year off work in 2018 on average suffered a 7 per cent hit to their salary, compared with those in the same cohort who took no break, according to PayScale.

This discrepancy emerges as women, who are far more likely to take breaks from the workforce than men, miss out on promotions and pay rises. But it is also caused by prejudice, experts say.

“Once women come back to work it can often be assumed they are no longer as focused, ambitious or committed as their male counterparts and [are] therefore not given the best accounts [or] juiciest deals to work on,” says Dominie Moss, founder of The Return Hub, an executive search firm in London.

Other factors influence this gender gap in peak earnings. One is job choice, says Katie Bardaro, PayScale’s chief economist. Peak earnings tend to be reached later in sectors that are evolving and require employees to keep learning, such as technology, while people in jobs where most learning takes place at university will reach peak earnings earlier, she says. “Jobs that women tend to be in are jobs that reach peak age [of earning capacity] earlier — social work, education, nursing.”

Dear JonathanJonathan Black
How do I ask male colleagues how much they are paid? 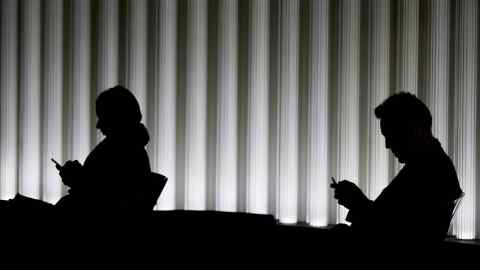 Similarly, senior management roles tend to have a later pay peak — and many companies are still struggling to increase female representation at senior levels. “If you are a manager in your late forties, early fifties and you then start to get more responsibility, that will cause your salary to grow,” says Ms Bardaro. “Jobs that tend to see a later peak are upper-level management jobs that are more commonly held by men.”

Jobs that women tend to be in are jobs that reach peak age [of earning capacity] earlier — social work, education, nursing

For women’s pay to not peak sooner than their male counterparts would in­volve an overhaul of recruitment and promotion processes.

Mitesh Sheth, chief executive of UK investment consultancy Redington, says his company reviewed the criteria for its promotion processes after a senior director raised concerns about inbuilt biases — albeit unconscious — that favoured certain staff over others.

Initially, to be a managing director at the company, you had to show “very ex­troverted tendencies”. But data suggest women tend to undersell themselves to bosses: research this year by market intelligence agency Mintel found that on average 42 per cent of men feel confident about asking for a pay rise, compared with just 22 per cent of women.

Now Redington has a new set of promotion criteria. “No matter how much you know about biases you still need them called out and you still need a check-in mechanism that reviews them,” Mr Sheth says.

Ms Diggins, who finally found a job with “the right salary” after consulting with a specialist recruiter, says headhunters must “lead the change”.

“Rec­ruiters need to be better at asking more questions and really finding out what skills these women have and be better at selling them back into the workplace,” she says.