Beaches, baths, spinning and spas – from Norway to the Himalayas

Mauritius hasn’t been on our radar in some time; but Lux* Resorts, one of its only homegrown hospitality brands, opened an impressive new flagship property late in 2021; and the wellness offering intrigues because it’s genuinely different. Starting, literally, from the roof down: Muscle Up on the Roof is the Indian Ocean’s first and only rooftop fitness centre, complete with two Olympic running tracks and a Functional Fitness Frame with 12 workout stations such as power rack, multi-pull-up and a punching bag for good measure (and maybe kickboxing sessions). Downstairs are Pilates, spinning and yoga studios, a Bastien Gonzalez nail salon, a hair salon by Oway (the 100 per cent organic Italian haircare brand, some of whose ingredients come from their biodynamic farm in the Bologna hills of Ortofficina) – along with a fully Technogym-ed fitness room, several massage and facial treatment suites and an entire floor dedicated to hydrothermal bath circuits. The mesmerically white Grand Baie beach, of which the resort enjoys a long stretch, is a nice fillip. luxresorts.com, from £400

A Well of wellbeing in southern Norway

Last September saw the buzzy opening in Oslo of Sommerro, a new hotel with a gorgeously restored public bath complex. A bit further out of the Norwegian capital, however, The Well Spa has quietly added a 104-room hotel to its expanse of hydrotherapy-steam-sauna facilities.

The Well goes long on the benefits of water in all its temperatures and forms, and all facilities are open to hotel guests whether they’ve booked a treatment or not. Guests should definitely consider booking however: among the options beyond a wide array of massages and facials are dry needling, reflexology, hair and scalp therapies, and bespoke blended scrubs for cellulite, water retention, muscle relaxation and more. The grounds are wooded and tranquil; and there’s a nice view across them from the hotel’s rooftop Japanese restaurant, Mori. thewell.no, rooms from £300 including use of spa facilities

In the Himalayas, a Sixth Sense for a good spa

Veer Singh is a bit of a hero among more established wellness and spa mavens for Vana, the retreat he opened in 2014 in Uttarakhand state, in the foothills of the Himalayas. The rooms and interiors were sleek and architectural. The programmes were rigorous, with little if any coddling or leeway for dietary capitulations, and similarly didn’t hew to any local Himalayan tradition: Traditional Chinese and Tibetan Medicine (offered in its complete traditional form) and the Ayurveda of India dominated. Its gorgeous looks and prescriptions (and proscriptions) have garnered it a global fan base. Now Vana has been snapped up by Six Senses, a brand with its own recognised expertise in holistic good living. The programmes will be a bit less structured (allowing, for example, for stays of fewer than the previous minimum of seven nights), with additional therapy menus and ways to combine treatments, diets and coaching. Six Senses’ dedication to healthy sleeping and nutrition habits will be incorporated – as will their Grow With Six Senses kids’ experiences, and their Cinema Paradiso open-air cinema. sixsenses.com, from £475

Casa feel-good in the Dominican Republic

Casa de Campo has been a – if not the – luxury benchmark in the Dominican Republic since it opened almost five decades ago. It boasts what’s considered to be the finest golf course in the Caribbean (the Pete Dye-designed Teeth of the Dog), 7,000 acres of meticulously maintained grounds, three pools and a private beach club, an artists’ enclave (with, tucked away in its cobbled arches, a Mexican restaurant), and a roster of celebrity guests.

This spring it will add a “comprehensive spa and wellness centre” to its portfolio – a full 18,000sq ft of indoor and outdoor spaces, among which are 13 private treatment suites, plunge and jet pools (hot or cold, take your pick), and private gardens with rain showers. Technology will be in the mix too, in the form of i3Dome infrared detox and JetPeel Facial machines, as well as Welnamis Tables which deploy vibroacoustic therapy – great for pain management. casadecampo.com.do, from $359

Where to rebalance in Bath

The thermal waters of Bath have a pretty fancy pedigree: not one but two UNESCO accreditations and membership in the exclusive Great Spa Towns of Europe Project are among the laurels that have made them world famous. This February, the city will celebrate them in a new way, with the inauguration of Re:Balance Bath, a three-week “festival of wellbeing”. In addition to local hotels and spas pulling out the stops on indulgence packages and spa days – The Francis Hotel, The Royal Crescent Hotel, The Pig near Bath and The Queensberry Hotel among them – there will be numerous “taster” treatments and itineraries available to day-trippers and visitors.

Think AquaSana at Bath Thermae Spa; kintsugi workshops at Japanese restaurant Robun; and guided yoga and meditations at venues such as The Soul Spa and Bath Abbey. Worth investigating, given the train from Paddington is just one hour 19 minutes. welcometobath.co.uk, from 7-26 Feb 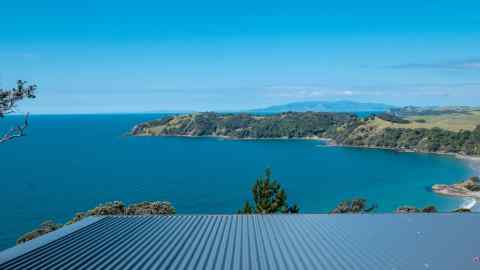