Intellectual property and patents have taken centre stage in the high-profile trade spat between Washington and Beijing, as President Donald Trump’s US administration accuses China of stealing American technology.

While critics have accused China of being a “copycat” nation in the past over infringing intellectual property rights, the country has more recently been investing in technology, leading to a huge jump in the numbers of patents filed — seen as one yardstick with which to measure innovation.

In 2008 Chinese authorities received 204,268 patent filings, compared with 428,881 in the US. However, by 2017 China’s State Intellectual Property Office received 1.3m applications — more than double the number received by the US, according to statistics from the World Intellectual Property Organisation, the global forum for policy in the field.

WIPO director-general Francis Gurry recently described the numbers coming out of China as “prodigious”, saying they reflected a geographical shift of innovation from west to east.

Chinese companies are rushing to obtain patents protecting advances in everything from artificial intelligence to blockchain. They accounted for 473 of the 608 AI patents filed with WIPO in 2017, compared with 65 from the US and two from the UK.

Chinese internet company Baidu, seen as China’s answer to Google, filed 183 AI patents at WIPO in 2017 — more than any other company according to a recent report by UHY, the accounting and consulting firm.

The striking jump in Chinese patent filings might make it appear that Europe and the US are starting to lag behind in innovation. But lawyers say the underlying picture is far more complex.

China remains behind its main trading competitors in numbers of foreign-country Patent Office filings — seen as an important indicator showing the technologies that companies want to protect across borders. 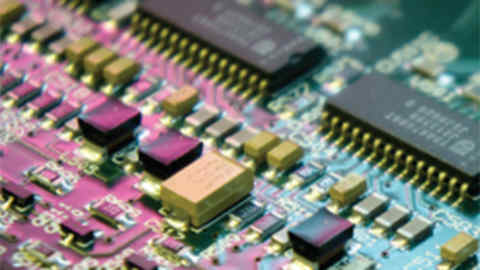 China has three types of patent — invention, utility and design. Critics have pointed out that the vast majority of patent applications lodged in China are graded utility, which are not as rigorously examined as the higher-grade invention patents.

“If you look at the metrics on numbers of utility patent applications, this suggests the quality of what is coming out is not all high,” one lawyer says.

Nick Finnie, a London-based patent attorney at Pinsent Masons, notes filings in some areas such as life sciences have been much lower in China. “Innovation has been focused on particular sectors such as technology,” he says.

Nor is there any indication that Europe is being left behind. The European Patent Office says nearly half of the more than 174,000 European patent applications last year came from its 38 member states.

Innovation can also be measured looking at different metrics. Daniel Brook, partner at Hogan Lovells, points to data from the European Patent Office that looks at innovation per million inhabitants.

By this metric Switzerland, with 956 applications per million inhabitants, comes out top in 2018 followed by the Netherlands with 416. The US trails with 132, while China only scores seven.

German conglomerate Siemens was the top patent applicant at the EPO in 2018, followed by Chinese telecoms group Huawei. The top 10 list counts four companies from Europe, three from the US, two from South Korea and one from China.

Mr Finnie agrees Europe is not lagging behind but makes the point that small businesses are often slow to take up patent protection. “It can be a low priority for some companies,” he says. “There is the potential for small businesses to make more of their IP and there is a drive by the EPO to explain to small businesses in each economy how to back up their innovation.”

Tim Jackson, the Shanghai-based head of patent strategy at law firm Rouse, agrees. “The focus of China’s foreign-country patent filings remains narrow compared to European filers, with China’s top three EPO applicants all operating primarily in the data and telecommunication sector,” he says. “China is coming, but Europe has by no means fallen by the wayside.”