Why gold still shines for some despite a difficult decade

Gold’s unique place in portfolios faces a series of tests. Its tepid performance since its 2011 peak, an uncertain global economic outlook, the rise of cryptocurrencies and a drive towards sustainable investing have all put off US investment advisers from turning to the metal — even as their clients have ever more ways to invest.

While gold tends to be a small holding for a limited number of clients, advisers say, it stands apart from other commodities because of complicated supply and demand trends that emerge from its many portfolio roles: as a safe haven asset, a consumable product, a de facto currency and a deposit of value.

Gold is a unique commodity, says Brent Armstrong, partner at Weatherly Asset Management, an $833m independent advisory firm in California that caters to clients with $2m to $25m in assets.

“We can look at its use in jewellery and electronic products, but it’s also been a human emotional store of value for thousands of years. That often clouds the lines, and creates movements and exuberance around the asset class.”

Juan Carlos Artigas, director of investment research at the World Gold Council, says that although gold makes up less than 1 per cent of all global assets — estimated at $317tn by Credit Suisse last year — it remains an active market.

Gold demand was up 7 per cent year-on-year to 1,053 tonnes in the first quarter this year, according to World Gold Council data, thanks in part to a spike in purchases by central banks and exchange traded funds tracking the asset class.

Investors own gold for a variety of reasons, such as diversification, liquidity and hedging. They gain exposure to it largely through bars, coins, ETFs, futures and mining company stocks.

Many choose physical gold for a longer-term asset, while ETFs that own gold reserves or futures contracts — a $100bn market — offer a more liquid exposure, meaning investors can sell quickly if necessary.

Many factors help set gold’s value, from consumer demand to movements in interest rates, the US dollar, and global GDP. For example, the price of gold suffers from higher interest rates, as investors sell it to buy interest-generating assets.

This year, Mr Artigas says investors should look out for the impact on gold of capital markets volatility, the path of US Federal Reserve policy and the pace of global structural economic reforms.

But some clients seek gold investments no matter the trends, says Laurie Kamhi. She is managing director at New York-based LCK Wealth Management, part of the $48bn HighTower Advisors platform, which serves entrepreneurs and executives. “You’d be surprised at how many of them invest in bars as a way to store money,” Ms Kamhi says.

Gold’s role in portfolios can be limited, as is the case for Chicago-based RMB Capital, a $9.4bn independent adviser and asset manager. “We see it as a more tactical opportunistic investment for when the right macro factors are in play,” says RMB vice-president Ryan Kennedy. “It’s not a permanent part of client portfolios.”

One current opportunity for gold and other commodities to come into favour is if the dollar weakens, Mr Armstrong says. “While the dollar is strong, there’s a chance for it to reverse in the near and medium term,” he says.

RMB Capital tends to invest in gold through ETFs. In the past this was done using a dedicated strategy, but more recently RMB has used a diversified commodity allocation that invests in futures contracts, Mr Kennedy says.

A concern for advisers in the longer term is the underwhelming performance of the asset class so far this decade. “There have been number of different market events that could have allowed gold to advance, but didn’t,” says Mr Armstrong.

Another challenge is a trend among some investors to use cryptocurrencies such as bitcoin as a rival savings medium, according to Ms Kamhi. “There is a lot of interest in whether the crypto market over the very long term will replace the need for gold,” she says.

Indeed, many investors who in the past considered gold a safe haven when the dollar falls may instead look to the yen or government bonds, Mr Armstrong says.

“It remains to be seen if gold could get pushed to the back burner, or if the emotional connection holds true,” he adds.

The rise of sustainable investing could pose yet another set of obstacles for ownership of the metal, Ms Kamhi predicts.

Gold mining in particular raises the potential for environmental exploitation and fair labour and compensation problems, she says.

“That’s a long-term trend, not for tomorrow morning,” she says. “But there may be a different view of its desirability. It’s not going to be a big holding in the sustainable funds.” 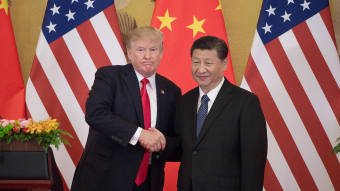