Get the newsletter now
Fund management

The knives are out for Neil Woodford. Investors are angry about the shockingly bad performance of his flagship fund, short sellers are spying opportunities to move against his positions, rival City of London fund managers are relishing his fall and corporate governance purists are questioning his approach.

Twice before the famed UK stockpicker, who found huge success during his 25 years at Invesco Perpetual, has survived near-death experiences. But will he be lucky a third time or should he have heeded the examples of fallen stars such as Pimco’s Bill Gross and Fidelity’s Anthony Bolton who became addicted to success and failed to bow out when the going was good?

In a rare interview at his Oxford headquarters, Mr Woodford, one of Europe’s best-known fund managers, is fired up and determined to prove his detractors wrong. He said his £10.6bn Woodford Investment Management business, launched in 2014, was best in class, match fit and ready to fight any battle that comes its way.

A bounce in performance is on the way “very soon” for those who stay loyal but Mr Woodford knows too that investors are impatient and a large part of his investment thesis relies on a post-Brexit recovery in undervalued UK plc.

“There is a dam that is about to be breached of inward investment into these businesses,” he said, referring to overseas interest in young UK early-stage pharma and tech businesses, where Mr Woodford also holds dozens of investments.

But the numbers tell a tough story. His equity income fund lags behind its peer group and the broader UK market over just about any time period dating back to its June 2014 launch. That combined with investor flight has resulted in the £4.5bn fund shrinking by 55 per cent in less than two years.

Unless investor redemptions can be stemmed, the fund’s future is at risk.

Mark Dampier, head of research at Hargreaves Lansdown, the funds platform and broker that accounts for close to £2bn of Mr Woodford’s total assets, cautioned that a recovery would take time.

“You have to get Brexit out of the way,” he said “We are going to see a change in the market place but the question is whether he will still be around.”

But Mr Dampier added that many rivals were performing badly and given Mr Woodford’s record, he deserved more time.

But Mr Woodford’s investors are loath to give him more time.

The fund manager has come under pressure from clients and investors to cut the number of riskier unquoted holdings in his flagship fund in recent months, as redemptions have stepped up and they have feared for the liquidity of such stocks.

“We’re not deaf to what our clients and our investors are saying to us and our IFAs,” said Mr Woodford. “[People are saying] we’re sort of a bit uncomfortable with all that media around the unquoted limits and you busting the limits and you’re in outflow. [They] just don’t want to read that stuff about the income fund any more.”

A fund manager who has known Mr Woodford for more than three decades said mixing illiquid securities with liquid was perfectly fair up to a point. “But after it gets too high you get close to mis-selling territory.”

He said his concern was making sure the fund invested in what it had always promised investors.

Mr Woodford moved to ease concerns about the value of unlisted stock weightings — which had come dangerously close to breaching a 10 per cent regulatory cap — this month when he announced a controversial shares-for-assets transfer deal. This involved swapping £73m of unlisted investments in his flagship equity income fund to a sister entity, the listed Woodford Patient Capital trust, in return for almost 10 per cent of new trust shares. The new shares were sold at net asset value, rather than the 15 per cent discount at which they traded.

Investors in the fund incurred a £9.5m paper loss.

Some analysts questioned the structure and motivation of the swap. “Whenever you are transferring assets managed by the same group [Woodford Investment Management] you have potential conflicts on the motivation behind that transfer,” said Ewan Lovett-Turner, an analyst at Numis. “The [equity income fund] will be taking a hit. They are getting more liquid holdings [via their new shares in WPCT] but they are also bearing some of the costs for the transfer.”

Mr Woodford said any concerns on valuation were mitigated by an independent valuation of the assets by Duff & Phelps, a New York-based adviser. Duff & Phelps said it could not “comment on past or current clients” and declined to provide any further information. 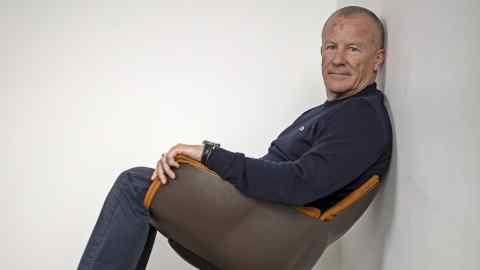 He added that the deal was not a so-called related-party transaction, which typically required extra layers of scrutiny. The number of new WPCT shares issued was deliberately capped at 9.9 per cent of its total shares, just below the 10 per cent threshold that would have required shareholder approval.

Iain Scouller, analyst at Stifel, said the shares-for-assets deal was “unusual” and raised important questions for the WPCT board led by Susan Searle.

“On reflection, they should have a shareholder vote,” he said.

Mr Woodford said he and his team had been rigorous in making sure the shares-for-assets deal was completely above board. “We are playing strictly by the rules,” he said.

However, the transaction is indicative of the pressure Mr Woodford is under as a result of the downturn in his recent performance.

“Success in fund management creates sky high expectations that are impossible to meet,” said one industry veteran. “Managers too often end up going from hero to zero.”

Hargreaves Lansdown’s fortunes are deeply tied to Neil Woodford, with the broker owning around £2bn of the £10.6bn he has under management.

But the funds platform faces a dilemma as his weak performance has rippled across to its own funds.

Hargreaves is Mr Woodford’s most important institutional backer. At the end of 2016, it accounted for 35.8 per cent of his flagship fund due to its popularity with its customers and prevalence in the broker’s own-brand funds.

The link with Mr Woodford’s now £555m income focus fund is starker — at the end of January last year, Hargreaves customers made up 65 per cent of the fund, when it had assets of £705.8m.

Hargreaves has drawn fire by retaining Woodford’s equity income fund on its best-buy lists as other brokers such as AJ Bell, Bestinvest and Charles Stanley have dropped him. It has also invested millions through its own-brand funds — many of which have underperformed in recent years partly due to their Woodford exposure.

This year it attracted criticism for including Woodford Equity Income in its revamped Wealth 50 best-buy list despite its poor performance. Hargreaves wrestled a further discount on the fund of 10 basis points for its customers, cutting it to a charge of 0.50 per cent.

Some £400m of Hargreaves’ almost £3bn multi-manager income and growth fund is invested in the equity income fund, which featured in Bestinvest’s “spot the dog” list of poorly performing funds this year.

In fact, almost £700m is invested in Woodford funds in total via Hargreaves’ own-label portfolios, which cost as much as 1.6 per cent on ongoing charges, and which Hargreaves benefits from fund manager discounts on.

But Hargreaves would face huge reputational risk if it did follow suit because it would likely trigger a deluge of outflows.

“Not only [is Hargreaves] the largest owner of WEI but most of the other fund supermarkets and platforms have lost faith,” said one independent adviser. “So it would be a major reputational climb down.

“Far more serious though is the realisation that redeeming their holdings and taking WEI off their top 50 list might lead to a liquidity crisis in the fund. Whilst the fund is still large, the fact that 60 per cent plus is in illiquid holdings makes this a real risk.”

Charles Younes, research manager at Financial Express, said: “The Hargreaves stake is a lot of concentration risk for [Mr Woodford] to manage. Let’s say Hargreaves decided to put the fund on sell, that could mean a lot of redemptions. The fund might be liquid enough to deal with them but it could still be a big loss.”