Cannabis stocks have been on a roll this year, with rising expectations for full federal legalisation in the US pushing many marijuana-related equities to unprecedented highs.

The S&P/TSX Cannabis index almost tripled in value between the US presidential election in early November and February 10. Even after a subsequent sell-off, it is still trading at twice the level seen in early November.

But investors in the burgeoning array of exchange traded funds tracking the sector are being warned to ensure they understand exactly what it is they are buying. Even some ETF managers are raising red flags.

“In recent months, Canadian [cannabis] stocks have traded in a way that doesn’t make sense. They have traded on false optimism, on hype and on misinformation,” said Dan Ahrens, chief operating officer and portfolio manager at AdvisorShares, the largest marijuana ETF provider by assets.

Financial Times analysis of 59 companies found in eight major cannabis ETFs reveals that 43 made a loss over their last reported 12-month period, 27 chalked up net losses that were larger than their total revenue, and six — with a combined market capitalisation of $794m — had no sales at all.

Moreover, of the 16 that were profitable, 14 were not primarily cannabis companies at all, and were at most tangentially involved in the industry.

“A lot of them are companies with no sales and no other research . . . These companies are purely issued to pay the directors’ fees and to get into ETFs,” he said.

“I don’t own the garbage that some of the other ETFs own,” said Ahrens, whose cannabis ETFs are among a minority that are actively managed. “We greatly underweight what you might call the usual suspects. Aurora [Cannabis], Tilray, Hexo, WeedMD. All these companies are wildly unprofitable.

“I’m surprised that some of the other competitor ETFs hold big tobacco, or even Scotts Miracle-Gro,” which is “primarily a lawn fertiliser and weedkiller company”, he said.

Moreover, the listing regime for cannabis stocks in North America, overwhelmingly the dominant market, is so counter-intuitive it could accurately be described as wacky.

In the US, 15 states have legalised recreational cannabis, but it remains illegal at the federal level. As a result, any company involved in this trade is barred from listing on any US stock exchange. With the Toronto stock exchange also off limits, most trade on small, relatively obscure Canadian exchanges.

However, companies focused on Canada’s fully legalised market (but not directly involved in that of the US) are free to list in the US, and most have done so in order to tap the greater capital available.

Mark Noble, executive vice-president of ETF strategy at Toronto-based Horizons ETFs, which runs marijuana funds, said the Canadian market was worth just $2bn a year, whereas annual sales in the 15 US states that have legalised the drug are already $15bn.

Yet the bulk of inflows are going into US-listed stocks — that is, the companies that only have access to the smaller and more mature Canadian market.

As a result, the 10 largest Canadian operators now trade at an enterprise value to earnings before interest, tax, depreciation and amortisation (ebitda) ratio of 92.2, compared to just 14.8 times for the top 10 in the US, according to analysts from Canada’s CIBC World Markets.

“We view the indiscriminate nature of the rise in valuations puzzling, as the move in share prices seems to benefit those with little to no stated ambitions in the US,” they added.

Noble said “the majority of stocks that are doing extremely well right now from a performance perspective are being driven by US retail investors buying them, but these are overwhelmingly Canadian legal cannabis companies that are listed in the US but can’t do business in the US”.

Ahrens attributed the chasm in valuations to “a lack of education and misinformation”, adding that some people were “investing blind”.

“They do not understand that these companies cannot sell marijuana in the US or they are under the impression that everything is going to be legalised and these companies will do a lot of business in the US. That is a false premise in my opinion.”

The prospect of federal legalisation, ignited by Joe Biden’s presidential victory, does provide some rationale for buying the US-listed Canadian companies, in that they would then presumably be able to enter the more lucrative US market.

Opinions are divided on the likelihood of legalisation, though, which would require 60 votes in the US Senate, ie the support of at least 10 Republican senators as well as the more dope-friendly Democrats.

Not everyone is concerned about the stretched valuations of lossmaking companies, however.

Jay Jacobs, head of research and strategy at New York-based Global X, said it had launched 25 thematic ETFs over the past 10 years, including a cannabis one, and that “what we see across a lot of fast-growing industries is that they are not focused on profitability, at least at this stage of their growth.

“It’s about market share, building scale, trying to get customers. They are reinvesting all their cash flow into growth. They are not trying to be profitable, not trying to pay dividends or return capital to investors in other ways,” he argued. 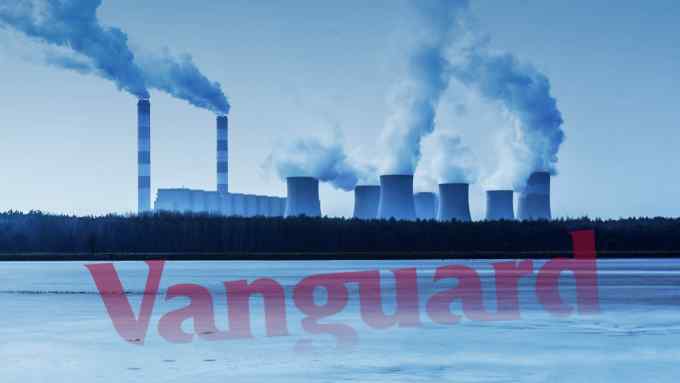