We use cookies (opens in new window) for a number of reasons, such as keeping FT Sites reliable and secure, personalising content and ads, providing social media features and to analyse how our Sites are used.
Manage cookies
Accept & continue
Special Report FT Wealth: September 2020
See all 11 stories
Opinion FT Wealth

What next for Japan’s wealthy travellers?

With the Covid-19 pandemic far from over, tourism would seem to be off the agenda for rich Japanese.

When the International Air Transport Association is predicting that any recovery in air traffic will take at least five years, few travellers anywhere can confidently plan holidays. Even when it can be done, many wonder what fun can there be in travelling with extra health checks and concerns about medical facilities in far-flung resorts?

While people in North America and Europe have these worries, the Japanese are at a particular disadvantage. Their island home is far from popular holiday spots. Hawaii, the most favoured beach destination for Japanese, is more than seven hours away. And while all developed countries’ populations are ageing, Japan is ahead of the pack. This is especially true of rich Japanese, as they are generally older than average and so tend to have more pre-existing health problems.

But an answer could be at hand — in the form of luxury leisure travel at home. There are opportunities in reviving old traditions of hospitality and devising new ones. Domestic tourism boomed in Japan in the 1960s and 1970s, when basic coastal and mountain resorts were developed before Japan grew richer and its citizens started travelling abroad. Domestic tourism was then seriously neglected. Even spectacular booms in skiing and golf faded away. Hotel owners struggled to maintain crumbling properties.

In the last decade, the lower and middle parts of the domestic travel market have been boosted by incoming Chinese tourists. While they have revived business, their sheer numbers have also triggered fears about overcrowding in tourist hotspots such as Kyoto. 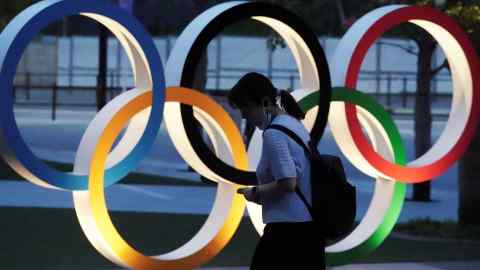 With Covid-19, the outlook has changed utterly. Chinese and other foreign inflows have dried up. An expected Olympic Games boom is most unlikely to materialise even if they take place as planned next year. Those Japanese who still wish to travel may do so at home. Mass-market tourists may be satisfied by revisiting existing resorts, especially if their owners give them a lick of paint.

But for wealthy Japanese, this will not be enough. Fortunately, they too will almost certainly find what they want — as long as investors seize the opportunity. Indeed, an example of what can be done already exists in the form of luxury trains, developed in the last few years.

Japan Railway companies offer coveted top-class trips of one to three nights in opulence reminiscent of Europe’s Orient Express, but with even higher price tags. On one luxurious service on the southern island of Kyushu, berths are available on the Seven Stars train from a minimum of ¥315,000—465,000 ($3,000—4,400) per head for one night.

Luxury on the move is not new. But the Japanese version is distinguished by extreme attention to detail. There is a train attendant for every two passengers, and different top chefs come aboard for each meal to dazzle diners with the local gastronomy. To cope with Covid-19 conditions, Seven Stars is cutting capacity almost in half, from 30 to just 16 passengers, to allow for social distancing.

A few trains will not transform the luxury travel sector. Japan as a whole is seriously underinvested in upmarket travel. The country counts just 32 five-star hotels, against 87 in Paris alone. But more are coming, including in hip regional centers such as Fukuoka.

However, as well as investing in the new, Japan can rediscover what it has already.

Gastronomy is an obvious forte. In contrast to the scarcity of luxury accommodation, Tokyo boasts 226 Michelin-starred restaurants, more than any other city. After Paris, Kyoto comes third and Osaka fourth.

Then there are Japan’s famous hot spring baths. One luxury example is a resort in remote Kagoshima, at the southern tip of Kyushu island, which flies in customers via chartered plane for ¥1m a night to stay in three villas set in 60 hectares. And there are others, some dating back hundreds of years, with antiques to match.

But these destinations are limited and tend to exist in isolation from their surroundings. Nearby sightseeing spots often suffer from poor planning with, for example, major roads slicing through what were once scenic coastlines.

It will take creativity, combining public and private investment, to bring together cuisine, nature and culture into desirably expensive packages. Why not start with Japan’s underused upmarket golf courses, where the playing boom is long over? The infrastructure is modern — what’s needed is to make lodging and dining world-class, and add some non-golf luxury activities.

Rich Japanese travellers will not quickly offset the loss of Chinese and other foreign visitors. But with 3m millionaires in Japan, there is scope to upgrade an industry once based on the mass market and create a more sophisticated travel culture.

Nobuko Kobayashi is a Tokyo-based partner with EY Transaction Advisory Services Ltd. The views are the author’s and do not necessarily reflect those of the global EY organisation or its member firms. 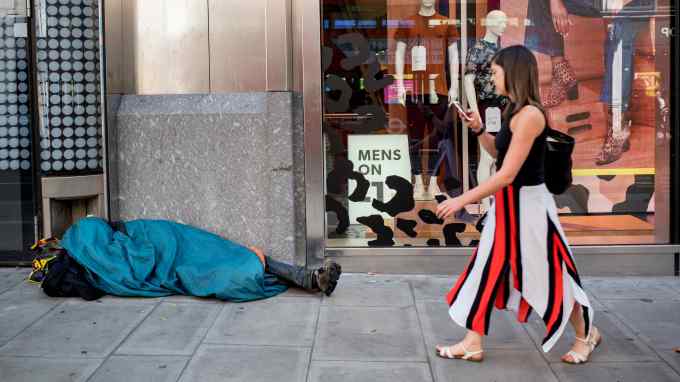