News groups search for a business model beyond advertising 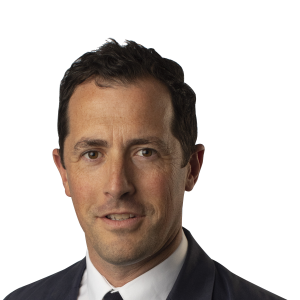 We’ll send you a myFT Daily Digest email rounding up the latest Media news every morning.

Is it possible to make journalism pay? The question has loomed over a miserable few days for news organisations, with hundreds of journalists losing their jobs at BuzzFeed, Huffington Post and Gannett — the newspaper group that owns USA Today. The prosperous online future that was supposed to save a once-profitable industry has not materialised and highly valued digital upstarts have proven to be worth substantially less than first thought.

There are bright spots amid the gloom. Appetite for news remains healthy: just ask anyone who has devoured coverage about the latest Brexit negotiations or the latest travails of Donald Trump. The quality of investigative reporting on these ongoing sagas bears comparison with the best journalism of recent decades.

And yet despite the considerable journalistic achievements of BuzzFeed and Huffington Post, which is owned by Verizon, the US telecoms group, their recent struggles show that companies dependent on digital advertising are on shaky ground. Both Huffington Post and BuzzFeed attract large volumes of traffic, but converting that audience into income remains a challenge in a world where digital advertising is dominated by Google and Facebook.

For publications such as the New York Times, Wall Street Journal and Financial Times, digital subscription has become a solid source of revenue, replacing many of the dollars that evaporated with the decline of print advertising. For others, namely the Washington Post and Los Angeles Times, deep-pocketed benefactors — Jeff Bezos at the Post and Patrick Soon-Shiong at the LA Times — provide a safety net while those titles build subscription businesses and other revenue streams.

There are other models out there, beyond hoping for a white knight in the form of a generous billionaire. ProPublica, an online investigative news group, operates on a non-profit basis, its journalism financed by donations. The Correspondent, a new venture that started in the Netherlands, also relies on reader donations: it has signed up 61,000 members who pay €70 a year, and recently raised $2.6m in a crowdfunding drive with contributions from individuals in 130 countries to support a planned edition in English, which will launch later this year. Meanwhile, in the UK, Tortoise, a new “slow news” venture from James Harding, the former head of news at the BBC (and a former FT journalist), is also pursuing a membership strategy, offering its journalism and access to editorial meetings and events for an annual fee.

Both Tortoise and The Correspondent are new ventures and do not have anything like mass-market scale. The Guardian does, however, and is on course to return to the black for the first time in 20 years in April thanks to what it calls a “reader relationship” strategy and rounds of cost cutting. The title is among the world’s most visited news web sites but racked up hundreds of millions of pounds of losses in the last decade as it expanded internationally and made its journalism available for free online. In 2016 it began soliciting donations from readers with the goal of breaking even within three years: since then more than 1m readers have supported The Guardian, either by subscribing to the print newspaper or its app, or by making a donation. It now has 350,000 people who make a regular financial contribution each month. 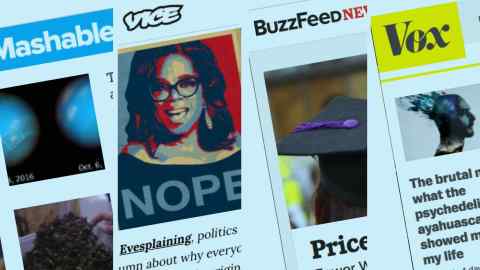 There are several factors behind The Guardian’s imminent escape from the red. It has a global brand, buoyed by editorial successes in recent years, such as its Pulitzer Prize winning reporting on Edward Snowden. It also has a large international audience and many loyal, passionate readers who, it turns out, were happy to give it money in the event that someone asked.

It is unclear if The Guardian will ever join the likes of the New York Times by erecting a paywall around its content. Doing so would make its revenues more predictable and less subject to the whims of individuals making one-off contributions of donations of different sizes. Kath Viner, its editor, has not ruled out such a move in the future although she said recently that a paywall “isn’t really a conversation” at The Guardian these days.

Still, its success at soliciting contributions shows that readers are prepared to spend money on journalism in the online era. This does not mean an end to the job losses, closures of regional titles in the US or financial constraints facing UK newspaper publishers. But there are other business models out there. Advertising alone no longer cuts it.