Dealmakers, traders and globe-trotting executives are the public face of the modern investment bank, but for many clients in fund management, the key point of contact is with banks’ less glamorous ranks of analysts.

That investment research business is now going through a profound reshaping. New investing strategies, regulations, commercial pressures and technology are forcing a rethink of what analysts do, how they do it and the ways their work gets distributed to clients.

“Everything is changing. So investment research has to change as well,” said Lou Pirenc, global head of research data at investment bank Morgan Stanley.

The immediate impetus is Europe’s Mifid II regulations, which forced asset managers in the region to pay directly for research rather than subsidising it by routing trading orders through banks.

Given the practical difficulty of divorcing European from global operations, many asset managers have adopted this “unbundling” of research fees as practice everywhere. Having to pay directly for analysis has triggered a rethink on how much research they consume, which has washed over research departments at investment banks like a tsunami — including in the US.

“Not only has unbundling impacted US money managers, it is in the process of changing the whole nature of investment research,” Tabb Group, a markets consultancy, said in a recent report.

Other, broader trends are having just as big an impact on research. Asset management has evolved dramatically over the past decade, with the rise of cheap, passive index-tracking funds and computer-driven strategies, and investment groups that primarily work in private markets rather than public ones.

That is a major challenge for analysts who have historically focused on producing stock tips, economic research and fixed-income strategy for old-fashioned investment managers. Bank of America has even set up a dedicated ETF strategy team to meet the demand. Candace Browning, head of research at Bank of America Merrill Lynch said: “The rise of passive investing in particular has changed what clients want, and we need to respond to that.”

The rise of passive investing in particular has changed what clients want, and we need to respond to that

Analysts are also increasingly turning to cutting-edge data science to better cater to computer-driven investors, who seek to meld it with traditional fundamental investing, as well as a broader group of corporate clients.

Nowadays, analysts sift through non-traditional information such as satellite imagery and credit card data, or use artificial intelligence techniques such as machine learning and natural language processing to glean fresh insights from traditional sources such as economic data and earnings-call transcripts. “If all you’re doing is traditional fundamental analysis, it’s not enough any more,” said Joyce Chang, chair of research at JPMorgan.

Almost every bank is now exploring how newer technology can enhance their analysis, or even become a separate business line. A good example is UBS’s Evidence Lab, which last year was split off from its research department as a unit that collects, cleans and sells data to clients independently from its primary research offering.

The head of data at one asset manager said: “It’s a significant moment. It’s the start of a profound change of what the sellside is.”

Evidence Lab is far from the only such effort in the industry, though operating as a separate business is unusual. It was itself initially modelled on Morgan Stanley’s AlphaWise, a unit of about 100 data scientists, coders and analysts. “Analysis used to be very opinion-oriented. Now everyone wants the raw info. It’s about analysing it better,” said Mr Pirenc.

For now, verbose reports remain the bread and butter of an investment bank analyst. But the form of the content is evolving. These days reports are often shorter and punchier, and research can come in the form of videos, “charticles”, live events and even podcasts, and are also distributed through social media and even messaging apps.

“We have to adapt to the times,” said Dan Dowd, head of research at UBS. “I want to deliver content to clients in the way our clients want to consume it.”

Distribution is increasingly focused on pulling readers in rather than pushing content out. Rather than emailing research and praying it gets opened, many banks have built up personalisable research portals. More content is now made public. The websites of most big investment banks now look more like those of think-tanks. 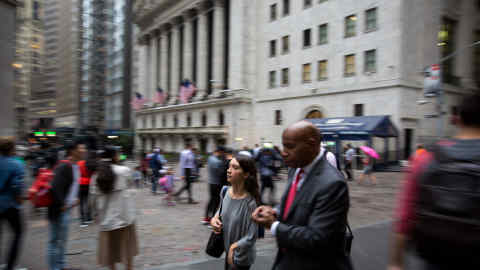 Some money managers will still privately question the value of analysts, arguing that many of the best ones have migrated from banks to investment managers, and that the remaining ones are overworked and prone to groupthink.

But questions over the worth of analysts are nothing new. “Is Wall Street Research Useless?” the magazine Institutional Investor asked in the late 1960s. Yet over the years, asset managers have continued to spend their time — their most valuable resource — poring through the research produced by investment banks.

“The evolution of capital markets has put investment research departments in a tricky position,” Ms Browning said. “The industry has changed dramatically in how it’s done and distributed. But what has not changed is the fundamental job: coming up with great ideas.”