This year’s exhibits range from 20th-century design and fine art to tribal objects, antiquities and jewellery

This year’s Pavilion of Art and Design (PAD) fair kicks off on October 1 with a fine line-up of 58 returning exhibitors and 10 newcomers, in its 12th year in London’s Berkeley Square. As ever, its emphasis is on European 20th-century design and objets d’art, while cross-fertilising art and antiquities with contemporary design of many stripes.

Ceramic sculptor Arthur Hoffner, who lives and works in Paris, will unveil his “Fontaine de table” with Sèvres, a house famous for its ultramarine and gilt dinner services and urns. Hoffner participated in the 2012 workshop for the Savoir-faire et Modernité show presented by Sèvres — Cité de la céramique and La Fondation d’enterprise Hermès.

“I visited the [Sèvres] workshops when I was younger and got totally fascinated by the unique atmosphere,” he says. “It’s really from another age, with centuries-old techniques and machines used to make classical but also very contemporary art pieces.”

The twist is that he’s subverting functional banality: his fountain is both useless and beautiful. And usefulness is a fundamental difference between design and art. “Water fountains have become obsolete objects, even a kitsch cliché,” he says. In his “Fontaine de table”, siphons, pipes, bowls and pipe collars are rendered in brass and ceramic, while the “sponge” is reconstituted sandstone.

It’s gloriously pointless and if you want a drink, you’re on your own. But then, the same can be said nowadays for the Trevi Fountain, which millions of visitors turn up to behold in all its overblown absurdity.

Hoffner’s pieces are as engaging as any Baroque triton, witty balancing acts of form, colour and texture and technically ingenious in their concealed plumbing. If they were shrunk, they could be worn as jewellery.

Should jewellery bring a glint to your eye, opportunities abound at PAD London, as five returning jewellers are joined by four new companies.

You might spot the finely engineered contemporary craftsmanship of Lorenz Baumer, an American-born jeweller of Franco-German parentage whose boutique at 19 Place Vendôme in Paris opened five years ago, after a long tenure as designer of Chanel’s jewellery.

Arthur Hoffner’s pieces are as engaging as any Baroque triton, witty balancing acts of form, colour and texture

His eponymous house resulted from making the “Ecume de diamants” tiara for the marriage of Charlene Wittstock to Prince Albert of Monaco in 2010. But the fun lies in his exhibited Scarabée d’été beetle jewels, whose wings spread at the press of a central gem. Also seen at the Musée des Arts Décoratifs in Paris, the kinetic bugs start at around €130,000.

The New York atelier Siegelson offers some rarities from when the roaring 1920s met the crashing 1930s, a timely intervention in London. On show is a set of “Giraffe” necklaces by Jean Dunand (1877-1942), one of the leading lights of French Art Deco alongside René Lalique, Emile-Jacques Ruhlmann and Jean Dupas.

Dunand made his first cuff bracelet for the singer Josephine Baker when they met in 1925, inspired by South African tribal dress with coloured lacquers on a hoop of the golden alloy oréum, patented in 1902. A 1929 photograph by George Hoyningen-Huene for Vanity Fair shows Baker wearing “Giraffe” hoops with nothing but a scarf, pearls and an arresting gaze.

Original African tribal art is offered by Paris’s Galerie Lucas Ratton at PAD, Lucas being the young inheritor of the family gallery founded by Maurice Ratton in the 1920s. By then, the abstracted planes of Central African masks had famously influenced the early cubism of Picasso, once a friend of the family.

A standout exhibit at Lucas Ratton is a c1900 Yahoure wooden mask from Ivory Coast, formerly in the collection of Harold Rome in New York and exhibited at Syracuse University in the Masterpieces in African Sculpture exhibition of 1964.

New exhibitor Achille Salvagni uses Masai spears for his shelving design: a collectible with which to display collections. And 18 Davies Street of London presents a rare crocodile-inspired sideboard designed by Hans Wegner in 1949 and made by A Mikael Laursen for the Danish Billedskærerlauget (Woodworkers’ Guild) Competition of 1950. The deliberate texture left by the maker’s tools is a fine example of the lingering influence of Arts & Crafts methods on the simplicity of Modernism.

A new wave of multidisciplinary fairs is emerging, some of them dedicated to contemporary design, such as Collectible in Brussels, and others presenting works in curated domestic interiors, pioneered by NOMAD Monaco in 2017. PAD sits between them — a mix of art, design, antiquities and more through its evolving array of exhibitors — and inevitably offers surprises. 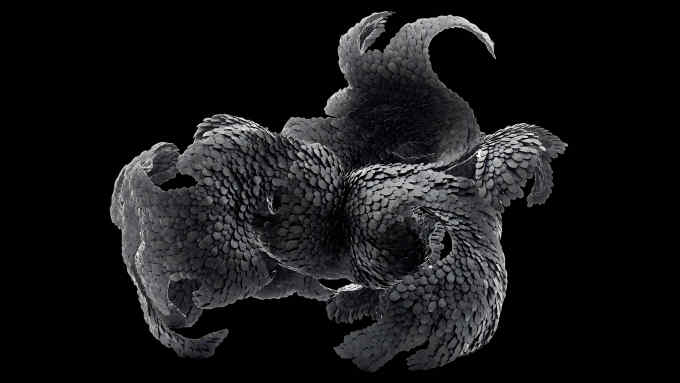