An internal call for candidates to undergo criminal records checks was made in the Labour party, just nine months before an MP accused of domestic abuse was elected into parliament.

If an enhanced Disclosure and Barring Service (DBS) check had been requested before the MP stood last year, it should have flagged any police involvement in the case — as well as any child protection issues.

A review of Labour’s disciplinary and complaints procedures, commissioned by a local group and obtained by the Financial Times, urged the national Labour party to lobby for mandatory DBS checks in October 2016.

The report was commissioned after numerous concerns surrounding sexual harassment and allegations of domestic abuse against councillors in the local group.

Parties are facing increasing scrutiny over their safeguarding procedures, following allegations against MPs in the wake of the #MeToo movement.

Political candidates are not required to have a standard or enhanced DBS criminal record check and there would need to be a change in legislation for it to become mandatory.

The Labour report concluded that the “unavailability of DBS checks” for people entering public office was “clearly unsatisfactory” because elected representatives were “likely to come into contact with vulnerable people”.

FT Magazine
Abuse of power: the truth about sexual harassment in Westminster 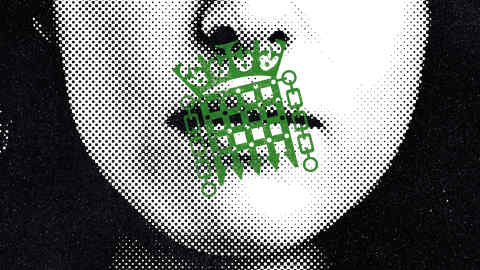 It argued that “the party should (if necessary together with other parties, or through an appropriate umbrella such as the Local Government Association) approach the Disclosure and Barring Service with a view to persuading them to include candidacy for public office, or, at the very least, for councillors on election and re-election, in the range of people for whom they carry out such checks”.

The report also criticised current safeguarding measures. “The requirement for there to be detailed written complaints makes it very hard to start disciplinary procedures at any level,” it said.

However, the Labour party said the review was not commissioned by the national office, had no status and was not brought through any formal channels, even though local party representatives said they received an acknowledgment from officials.

The national party also said it had not received an official complaint concerning the MP accused of domestic abuse. It urged anyone with information to come forward.

The Conservative party said it had its own vetting procedures in place and a Liberal Democrat party spokesperson said candidates were obliged to declare any criminal record.

A government spokesperson said: “The framework for eligibility for DBS checks is set out in legislation and relates to what the role involves and the circumstances in which it is performed. This includes roles working closely with children or other vulnerable groups.”