The rethinking of economics and how to use it

The profession is adrift, but it is a constructive sort of drift
Martin Sandbu

The economics profession — and in particular the economic policy community — is adrift. But it is a constructive sort of drift. Blindsided by the global financial crisis, and still uncertain about the causes and remedies (if any) of the achingly slow recovery, economists are debating intensively how to upgrade their understanding of the economy in order to prepare better for future disruptions and provide better guides for good policy.

Olivier Blanchard and Lawrence Summers have summarised a range of the lessons economists have taken on board from the crisis. (Free Lunch first wrote about this paper in our coverage of a conference on how macroeconomics needs to be rethought.) A simple way of stating the challenge is that standard economic modelling assumes that the economy is “well-behaved”, but sometimes the real economy is anything but. In short, that is because of swings and corners.

By “swings” I mean that fluctuations in the real economy are wilder than the standard models’ assumptions of small perturbations around the single equilibrium of a self-stabilising system. Financial crises show that real economies can have many equilibria or self-perpetuating steady states — some are better than others, and the shifts from one equilibrium to another can be sudden. In addition, fluctuations can be “non-linear”, small disturbances can have large and compounding effects.

Even with smooth changes, the economy can be much less determinate than traditionally assumed. One possibility, explored by Blanchard in a new paper, is that the notion of a single “natural” rate of unemployment is false. The natural rate hypothesis has deep implications for macroeconomic stabilisation policy, because it implies that the best aggregate demand management can do is to minimise departures from the unemployment rate the economy naturally tends towards. Blanchard finds suggestive if not conclusive evidence against the hypothesis. Few questions could be more important to take seriously for policymakers, because if the natural rate hypothesis is false, it calls for much more activist fiscal and monetary policy.

By “corners” I mean that standard modelling assumes that there are none: economies (and policies) can make small adjustments in all directions, and that these have symmetric effects. But policymaking in the past 10 years has come up against limits to adjustment — at least in the perception of policymakers. In monetary policy, there is a widespread belief that interest rates cannot go (much) below zero because people would rush into physical cash to protect their savings. Those central banks that have dared to tread in negative waters have, however, not seen any sign of massive cash withdrawals yet. Even so, the fear that this could happen has constrained central banks in practice. A similar constraint has operated on the fiscal side, where high outstanding debt has led governments to contract fiscal policy when the good of the economy requires the opposite.

In all these ways, well-behaved models fall short of either reliable forecasting or reliable policy guidance in an ill-behaved economy. That is not cause for despair — theories exist, and academic economics is working hard on refining them, to account for these phenomena — but it is cause for reform. And while the academic work progresses, we should ponder what reform should mean in the more policy-relevant practices of economics: forecasting, communication and policy decision-making itself.

On forecasting, well-behaved models may lull policymakers and the public into a false sense of security. At the very least, forecasts should incorporate awareness that the economy’s equilibria or steady states are not unique. While it may be hard to forecast “switches” between, for example, optimistic or pessimistic self-fulfilling expectations, that is not a good reason to rule such switches out of forecasts. Using a plurality of models and methodologies can help to focus attention on a range of possible outcomes that is wider than small fluctuations around a stable equilibrium.

This relates directly to how policymakers communicate expectations and intentions to the public. Many central banks today operate with “fan charts” that are intended to show the uncertain distribution of a forecast — but, as a rule, the uncertainty is always distributed around a central expectation. Why not explicitly display multiple equilibria? An intriguing example is a recent OECD working paper on using several fan charts for GDP growth projections: one for a “safe regime” and one for a “heightened downturn-risk” regime.

This, in turn, suggests that policymaking too should more explicitly take the form of contingency planning. In the terminology of swings and corners, policymakers could pre-commit to certain policy changes should the economy swing from one equilibrium to another, or find itself at a corner. An example is Ben Bernanke’s proposal that central banks should pre-announce that they will switch from inflation targeting to price-level targeting when interest rates hit zero.

Beyond this, policymaking for an ill-behaved economy should explicitly set out to identify ways to make jobs and growth more resilient to bad outcomes. That may take the form of making corners less of an obstacle — by probing more deeply how negative central bank policy rates can become, or by stretching out public debt maturities to remove the risk of refinancing crises that crimp fiscal stimulus in a downturn. It should also take the form of accepting that the economy’s cycles have not been tamed, and that bad outcomes will happen — and therefore ensuring that when they do, the harms are allocated where they can best be borne. One way of doing so is to make debt restructuring much smoother and more predictable — or make it unnecessary by encouraging much more equity-type financing — to ensure that financial commitments are made with a better understanding of possible losses.

The good news is that efforts are being made in this direction, both in economic theory and in policy practice. More would be better.

Get alerts on Economic forecasting when a new story is published 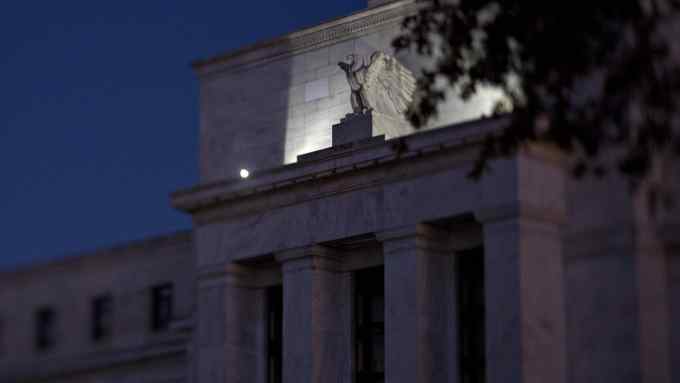