From a Buddha-shaped building on the tourist island of Hainan, HNA Group has transformed itself into one of China’s most aggressive dealmakers — and drawn new scrutiny of its ownership and financing.

Founded as a provincial airline by economic reformers who drew on World Bank support, the parent of Hainan Airlines has grown into a sprawling, privately held international conglomerate. To fuel its growth, it has skilfully leveraged existing assets to fund the purchase of new ones — a process known in Chinese as “a snake swallowing an elephant”.

But the company’s $40bn deal spree— most recently it became Deutsche Bank’s largest shareholder by building up to a 9.9 per cent stake — has brought it criticism on several fronts. HNA recently became caught in the crossfire of a political storm involving Wang Qishan, China’s anti-corruption tsar and one of its most powerful politicians. Its heavy use of debt has also drawn concern from Standard & Poor’s and some overseas bankers

Domestically, HNA owns a smorgasbord of property developers, leasing firms, four regional airlines, a respected financial magazine and one of China’s largest peer-to-peer lending platforms, JuBao Internet Technology. It has raised funds through at least 11 peer-to-peer platforms, many of which it has invested in, as well as through loans to its roughly 25 listed companies.

Overseas, it has chosen some politically connected partners. The company invested together with Jeb Bush in a fuel shipping business when he was considering a presidential run, and it bought SkyBridge Capital from hedge fund manager Anthony Scaramucci when he was hoping to join the Trump Administration.

Currently HNA is 76 per cent owned by just 13 individuals, all but one of whom are current executives with the group, according to corporate filings. Founder and public face Chen Feng — a Buddhist with a taste for luxury cars — and the chairman of the board, Wang Jian, own about 15 per cent each after many years of complex asset reshuffles that effectively privatised the firm.

But HNA’s “very complex and convoluted shareholding structure” has prevented either man’s inclusion on the annual Hurun list of China’s richest men and women, according to Hurun founder Rupert Hoogewerf. “We have been trying to get Chen Feng on there but we just can’t find any way to show that he’s got enough money.”

HNA’s largest single shareholder is also the most mysterious: Guan Jun, who purchased nearly 29 per cent of the company last year from Hong Kong-based businessman Bharat Bhise. HNA declined to say how much the stake sold for and Mr Bhise did not respond to request for comment.

Mr Guan serves as co-chairman with Mr Chen’s son in a peer-to-peer financing platform owned by HNA, but he otherwise leaves few traces for a man who wields billions in assets.

He first bought into HNA subsidiaries seven years ago, through an investment vehicle that operates out of HNA’s Beijing offices. But HNA says Mr Guan is a “private investor” who does not work for the company. 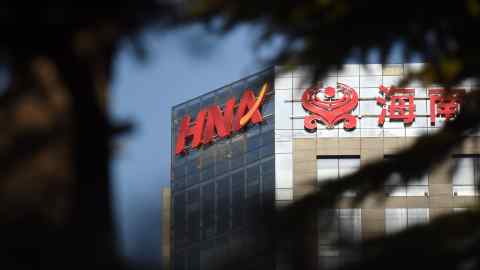 Chinese corporate registries list several other business addresses for Mr Guan. One leads to the “Oriental Aphrodite Beauty Spa”, a street-side salon in a residential neighbourhood in western Beijing. The current owners say he sold the salon about five years ago. Another address led to a locked door in a shabby Beijing office building. His residence, according to Hong Kong corporate filings, is a nondescript apartment in south-west Beijing whose current occupant says she moved in a few months ago.

Reached by mobile phone, Mr Guan said: “It is inconvenient to answer any of your questions.”

Mr Bhise no longer has a stake in HNA. His firm Bravia Capital co-invested with HNA in several of its largest overseas acquisitions, including the $1bn purchase in 2012 of SeaCo, the world’s fifth-largest marine container firm.

He is also the man who introduced HNA to its most celebrated foreign investor, George Soros. Mr Soros has since sold most of his $50m stake in HNA’s flagship subsidiary, Hainan Airlines.

That airline is where HNA’s story starts and one reason it has become caught up in factional politics today. For HNA’s corporate heritage draws from reform experiments launched in the late 1980s, when Wang Qishan was a promising young technocrat rising in the shadow of his powerful father-in-law, Communist party elder Yao Yilin

Now Mr Wang is the powerful anti-corruption tsar who has led a wide-ranging purge of China’s military, security forces and ruling Communist Party.

But in the past month, an exiled businessman with ties to the state security apparatus has pushed forward allegations that Mr Wang’s wife’s family improperly benefits from ties to HNA.

Guo Wengui, the former business partner of an imprisoned security official, has claimed on widely viewed Twitter posts over the past month that Yao Qing, a nephew of Mr Wang’s wife, has benefited from a hidden shareholding in HNA.

“The allegations with regard to HNA simply aren’t true. Neither Wang Qishan nor his nephew by marriage, Mr Yao, are shareholders in HNA Group,” a spokesman for HNA Group said. Mr Wang did not respond to request for comment. Mr Yao could not be reached.

What is clear is that Mr Wang has close ties to the men who built the company that has become HNA.

Back in the 1980s, China received soft loans from the World Bank to help fund the country’s economic reforms as it recovered from 30 devastating years of Communist orthodoxy. At that time Mr Wang set up the China Agricultural Development Trust and Investment Co (CADTIC) to channel World Bank loans to the rural sector. Chen Feng, HNA’s founder, worked under him. World Bank assessments of those early loans are gushingly positive.

But a core group of CADTIC bureaucrats — including Mr Chen — sought to get around the sanctions. They moved to Hainan, the sub-tropical island that was at the time a blank slate for market reform experiments, and appealed to the World Bank for help. The resulting aid was channelled through the newly founded Xingnan Group, according to You’ll Make It, a memoir by CADTIC veteran Huang Xiaohe.

Xingnan Group provided the start-up capital for Hainan Airlines and recruited many of the men who are now its top executives, including current chairman Wang Jian, according to the memoir. Other senior HNA executives include former Hainan government officials and the former head of state-owned rubber farms that were among the earliest World Bank loan recipients.

CADTIC, meanwhile, fared less well. By 1996, reeling under Rmb5bn in losses, its Rmb12bn in debt was absorbed by China Construction Bank, by then headed by Wang Qishan. Soon after, he cleaned up the $2bn default of the Guangdong International Trust and Investment Co, or Gitic, sealing his reputation as a reliable political firefighter and starting his climb to the top of the party.

HNA Group’s heavy reliance on pricey offshore finance has helped it skirt the strict capital controls China has imposed in the past six months and emerge as the country’s most active dealmaker.

After regulators clamped down on capital outflows last year, many Chinese companies cancelled overseas buyouts or stopped acquisition activity altogether. Not HNA. Hardly a week has gone by without some new announcement. Altogether HNA has announced more than 100 deals worth some $40bn domestically and overseas over the past 30 months.

“HNA Group’s global operations and healthy balance sheet provide it with the financial flexibility to fund acquisitions in the most efficient manner possible,” the company said, in response to emailed questions.

China’s most acquisitive company has tallied up at least $19bn offshore debt over the past six years. At times it has relied on margin loans and non-recourse financing — the use of securities in a buyout target to back up a loan to the buyer.

That strategy has been described by credit rating agency S&P as highly aggressive and, at times, risky. “We view the group's financial policy as aggressive based on its acquisition strategy and high debt leverage,” S&P said in a recent report. S&P put one of its newly acquired groups, Swissport, on negative credit watch in May

HNA counters that its degree of leverage has declined every year for the past seven years. The ratio of its debt to total assets now stands at 60 per cent, down from 82 per cent seven years ago, a spokesman said.

HNA has faced the same difficulties as other Chinese companies in moving money out of China, said one person who has advised the company on overseas acquisitions.

The difference is that HNA has other options. Half of its revenue and about 30 per cent of its assets are located overseas. “The trick is that they don’t need to get money offshore. They are already have enough assets offshore,” the person said.

At least $6.7bn of the $19bn in debt the company accrued in recent years involves non-recourse arrangements, data from Thomson Reuters shows.

HNA’s $6.5bn, 25 per cent stake in Hilton Worldwide — completed earlier this year even as other companies struggled to move money out — highlights its use of margin finance. HNA pledged all of its stock in the American hotel group to secure a $3bn offshore margin loan, according to Securities & Exchange Commission filings.

At times, its reliance on overseas debt has been costly. When it bought the airlines luggage servicer Swissport for $2.8bn in 2016, it used shares in Swissport holding companies as security for a debt facility before closing the buyout, a move that technically breached covenants in a credit security agreement. According to S&P, the breach was discovered when HNA attempted to inject €718m of equity into Swissport — funds that were backed by securities in Swissport.

The group also used an expensive hedging tool, known as a collar strategy, to increase its stake in Deutsche Bank to nearly 10 per cent earlier this month. HNA used €2.1bn in financing from UBS to fund the collar transaction. 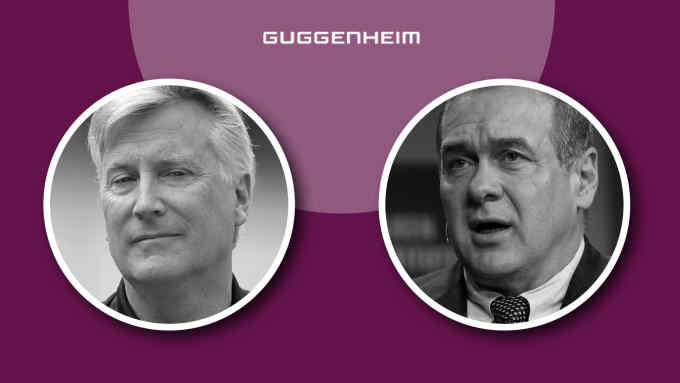