A little before daybreak one October morning last year, Craig Wooster, manager of the microgrid at Stone Edge Farm, a vineyard estate in northern California, realised he had an emergency on his hands.

California’s most destructive wildfire season was in full swing and local fires were closing in around the estate. The effects were quickly becoming obvious. For one thing, Mr Wooster had just received a call from an employee unable to get to work. For another, the lights at his home nearby had stopped working.

“I knew the drill: it was time to get the microgrid into island mode,” says Mr Wooster, who is chief executive of Wooster Energy Engineering. A short time later, a carefully balanced network of solar panels, eight batteries, a natural gas turbine and nearly a dozen inverters that switch direct current to alternating current had whirred into action.

The microgrid provided continuous power autonomously during widespread outages over the next 10 days, keeping vital functions such as irrigation running throughout.

The share of global energy produced by microgrids — mini independent power grids created from several power sources working in parallel or independently from the main electricity grid — is growing rapidly.

This year, for the first time, the energy added by such new distributed generators will exceed that added by new centralised power plants, according to Navigant Research, a US consultancy.

By 2026, according to the consultancy’s projections, the ratio of new power supplied by microgrids to new centralised capacity will be more than three to one. At that point, the global market for hardware, system controls and integration with existing grid infrastructure will be worth $26bn.

Ensuring that there is a resilient power grid in the face of extreme weather events has been a driving force behind microgrids in the US.

While California has seen the largest number of power outages for each of the past nine years, other US states are catching up, according to the Eaton Blackout Tracker which explores the causes and effects of power cuts.

“Recent growth in microgrids in the US is tied to extreme weather events and the corresponding power outages, especially along the East Coast, but most recently in Texas, Florida and Puerto Rico,” says Peter Asmus, director of microgrids at Navigant Research.

In Europe, the focus has been on constant generation, feeding capacity into the centralised grid in exchange for payment from power providers helped by government incentives, he says.

Microgrids are having the biggest impact in the developing world, however. Asia Pacific boasts the largest share of global microgrid power capacity — with 41 per cent of the local market. The region is followed by North America (31 per cent), the Middle East and Africa (14 per cent) and Europe (8 per cent).

A promising experiment in the Asia Pacific region’s development can be found nine kilometres south of the Singapore mainland, on a small island built entirely of rubbish, where a 2.8 megawatt micro­grid is planned to come online on the landfill site of Semakau Island in the coming months.

Besides integrating several power sources — including solar, wind, natural gas, diesel and battery — the essential innovation of the new grid is the algorithm that gets them all to work together. This will provide a steady power supply by way of an alternative energy local grid capable of sustaining itself indefinitely and independently of a large centralised grid.

Universal access to energy by 2030 will require that 35 per cent of new power connections be provided by microgrids, according to the Inter­national Energy Agency. The biggest number, about 290m, will be required in Africa.

“Just as the spread of mobile phone and data services meant the continent bypassed traditional cable phone and data networks, these smart grids will soon overtake [the] traditional hub-and-spoke model based on main-grid extension,” says John Kidenda of AMDA, the trade association for microgrid developers in Africa.

The example of Semakau Island represents a shift in emphasis among microgrid advocates, from how to generate power to what to do with it.

An important lesson of last year’s forest fires around Stone Edge Farm was the resilience of the grid’s local control system, says Mr Wooster. “It supported the grid’s autonomous functioning without outside control. This means power can be maintained even when parts of the grid fail.”

The emphasis on microgrid management is part of a wider focus on inter­operability. A catch-all concept, this refers both to supporting a microgrid’s modular assembly, allowing additions to be bolted on when money or technology permit, and the importance of being able to connect a microgrid to a large centralised power network.

“This means greater emphasis on software and how you provide services to the grid as well as the financial innovation necessary to value the contribution,” says Navigant’s Mr Asmus. 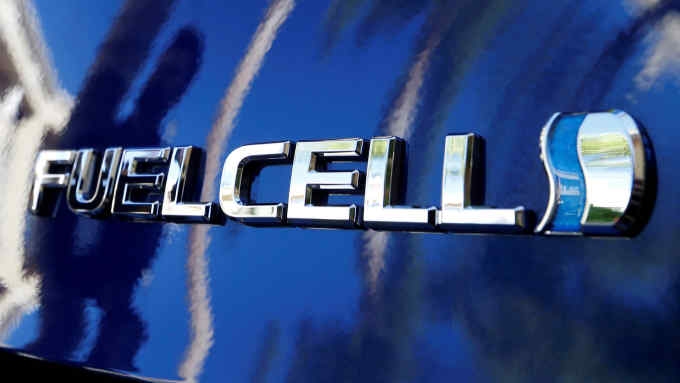