From ‘smart contracts’ to apps, opportunities to replace lawyers with software abound

It sometimes seems that the practice of law is resistant to the kinds of technological disruption that are under way in other sectors from the travel industry to taxi driving. The “Uberisation” of the legal profession is still some way down the road.

Yet, when Sundaresh Menon, chief justice of Singapore’s Supreme Court, spoke about the effect of technology in January, he said: “A day of reckoning can no longer be put off, because dramatic developments will force us to rethink entire areas of practice.”

He acknowledged that there are reasons why law has been slow to change. Technology was un­able until recently to be “meaningfully applied to our work”, while lawyers naturally resist change — “perhaps an inevitable characteristic of a profession whose function is to uphold an enduring and stable system of rules”.

Yet law firms are increasingly interested in the potential for technology to help them offer a better service to clients. An app that tells South Korean civil servants if they can meet contacts for lunch without breaking the law, and a program that cuts much of the boring bits of processing standard documents are just two examples.

Law firms in Asia are starting to use technology to automate routine work. Sometimes the know-how may have been developed in-house, as at South Korean law firm Yulchon; at other times, it is provided by nimble start-ups.

What will we do when machines do everything?

Join us on June 19th for a conversation about automation and what it means for the future world of work.

Although law has for years been considered too complex to be disrupted by technology, in many cases the legal tasks can be broken down into smaller pieces of work that can then be automated, particularly if the work is low risk and high volume.

An area that is ripe for such a move is non­disclosure agreements (NDAs), which are confidentiality contracts that ensure two parties keep information secret if it has been exchanged in a business relationship. These usually low-risk agreements create a burden for busy in-house legal departments because multinationals every day generate large volumes of NDAs that must be checked before a new customer relationship can continue or a financial transaction takes place.

Law firm Linklaters has been working with a software company, Eigen Technologies, to develop Nakhoda, an artificial intelligence (AI) program that uses natural language processing, in which computers can recognise and respond to human language to read text contracts and documents such as NDAs.

“A typical in-house legal team will spend a lot of time going through unexciting documents like NDAs,” says Sophie Mathur, partner and global co-head of innovation in Linklaters’ Singapore office.

She says the impetus for developing the program came from client Chee Kin Lam, who is general counsel at DBS Bank in Singapore. He suggested that DBS bankers visiting customers in the field should be able to take a smartphone photograph of an NDA, which could be up­loaded straightaway into Nakhoda.

The input from DBS helped Linklaters to harness technology to solve a client problem, by gaining an understanding of some of the “pain points” in the bank’s operational processes.

“We had this tool, but we were not living and breathing his problem,” Ms Mathur says of Mr Lam’s input. “This was his idea. Customers can tell us what their pain points are and we can figure out how we can use the solutions.”

As Ms Mathur points out, technology can help ease the workload for in-house legal teams: “Everyone has more compliance and is under pressure to deliver more with fewer resources. Technology is one of the levers you can pull.”

While some law firms opt for collaboration with tech start-ups, others choose to hire experts to help them develop technology in-house.

The human touch is relevant — because the law is about relationships

South Korean law firm Yulchon brought in Carl Im, who holds a doctorate in theoretical physics from Stanford University and once worked as a derivatives trader at Goldman Sachs, as a senior adviser. He now helps Yulchon develop technology that provides low-cost compliance tools, including apps, for clients. The firm is also encouraging its lawyers to create new solutions themselves.

One application focuses on a new anti-corruption law in South Korea. Introduced last September, it covers an estimated 4m civil servants, schoolteachers and journalists and limits the value of meals and gifts to which they can be treated by their contacts.

Yulchon has developed an app with 3.7m or so anti-corruption scenarios and a list of the 41,000 South Korean entities whose employees are covered by the new rules.

Legal services
Is your company in legal trouble? There’s an app for that 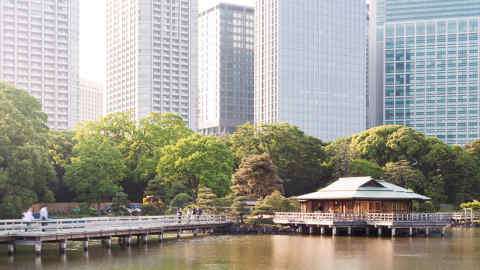 Clients seeking guidance about a forthcoming situation can feed in details and ask questions using a chatbot. In the case of corporate hospitality, for example, this might involve questions such as whether a politician or spouse will be present at the event. Mr Im says that, without the app, lawyers had to spend time on the phone with clients discussing what possible scenarios were covered by the rules when they just wanted a simple answer but were not sure what to ask. “[The app] might say that you cannot play golf with this guy, but you can go for a meal,” he explains.

At the same time, many in the legal sector are concerned that the increased use of technology will result in fewer jobs for lawyers. A study by Deloitte, the professional services firm, in 2016 predicted that 114,000 jobs in the legal sector in the UK alone are likely to be automated within 20 years. It points out that computers now outperform paralegals and junior lawyers in reviewing documents.

In future, predict some lawyers, more contracts might be composed not just in human language but in computer code, particularly in areas such as complex financial derivatives where many legal agreements already contain pages of mathematical formulas.

These are dubbed “smart contracts” because they can execute part of their functions themselves through software programs, including automatically calculating the payments due in a derivatives contract and then arranging for the payment to be made. The software program gives effect to what the parties have agreed and is recorded.

But Scott Farrell, a Sydney-based partner at law firm King & Wood Mallesons and a specialist in financial derivatives, says that there are still some parts of legal contracts that the “smart” version cannot easily automate. Certain clauses still require the fine judgment of a human lawyer to, say, define intangible concepts such as “good faith”, he says.

His firm has developed smart contracts and he observes that these digital and analogue contracts are a blend of computer code and of human discretion that can kick in as a safety valve, during a financial crisis for example. In the case of smart contracts, Mr Farrell says, parts of some financial markets agreements are “totally mathematical” — such as when the price of a derivative can be adjusted by subtracting one number from another — which can be written in computer code.

Where it starts to get tricky, however, is if the legal contract specifies concepts such as stating that a price must “be determined in a commercially reasonable manner” or in “good faith”.

“That’s not mathematically representable, so we might say ‘this bit has to stay in human language and so that’s not automatable’,” says Mr Farrell.

“What the machine learning or AI programs are not able to do is to take those leaps in jurisprudence, which courts do when they are trying to respond to a very broad data set.

“These make perfect sense to humans, [but] they will be anomalies to machines and so that’s why the human touch is so relevant — because the law is about relationships,” he says.