As the thriller ‘Desierto’ takes aim at Donald Trump’s anti-immigrant rhetoric, directors from all over the world are training their lenses on ‘the most absurd border on earth’

Alondra Hidalgo sees her first lead role in a feature film as a political project as much as a personal one. The Mexican actress stars alongside Gael García Bernal, one of Mexico’s most recognisable faces, in Desierto, a thriller about a group of migrants stalked by a racist American sniper as they attempt to steal across the US-Mexico border.

Desierto is due for release in the US on October 14, just three weeks before the presidential election. Promoting it, the cast and crew have brought the film’s political subtext to the surface. At times, Desierto’s publicity campaign has seemed like an attack on Republican party nominee Donald Trump, whose diatribes against illegal Mexican immigrants have been denounced at home and abroad. “It’s important to speak out against him because his stance is contagious,” says Hidalgo.

Desierto’s Mexican director, Jonás Cuarón, whose previous credits include co-writer on his father Alfonso’s Hollywood blockbuster Gravity, has made the link with Trump explicitly. The movie’s international trailer begins with a voiceover of parts of Trump’s June 2015 speech about Mexican immigrants. “They’re bringing drugs, they’re bringing crime, they’re rapists . . . and it’s gotta stop,” Trump intones, as we watch the vigilante gunman shoot at the men and women running and hiding in the desert.

At a press conference, Cuarón encouraged Mexicans to upload ironic photos of themselves and their families to Facebook and Instagram holding placards bearing Trump’s epithets “Rapist”, “Criminal” or “I’m bringing drugs”. He promised to print them and send them to television networks.

Mexico has a long tradition of cinema about immigration — one that has grown in popularity over the past decade. But foreign directors have also made powerful films about Mexican migrants. Iranian-born Rafi Pitts’ Soy Nero, for example, was nominated for the Golden Bear award at the 2016 Berlin film festival but does not yet have a UK or US release date. The film tells the story of Nero Maldonado, a young Mexican who enlists in the US army as a “green card soldier” in an attempt to secure citizenship. Although he is sent to fight in the Middle East, the film implies he will become one of the many foreign-born veterans to be deported, despite having served in the US military.

Pitts says he believes the US and Mexico share “the most absurd border” on earth. A wall, he says, is an unbecoming monument in a nation founded by immigrants. “People don’t want to help immigrants any more,” he says. “Walls are being built all over the place.”

Similarly, British director Marc Silver has looked to the US-Mexico border. His 2013 documentary Who is Dayani Cristal? also featured García Bernal, who plays himself hitching a ride on the trans-Mexico freight train migrants call “La Bestia” (The Beast). His aim is to trace the movements of an unknown man whose body was found 20 minutes by car from the city of Tucson, Arizona.

Silver’s film focuses on the dangerous desert corridor that migrants increasingly traverse in an effort to avoid tightened security along the traditional routes. Before 2000, typically 12 bodies were found in the Arizona desert every year. Between 2001 and 2014, the annual average rose to 165, many of which are never identified. “I thought about the universal story of the re-humanisation of a skeleton,” Silver says. “It just happened to take place at the US-Mexico border.” The greatest threats to migrants crossing to the US can come from fellow Latinos. In August 2010, the Zetas drug cartel murdered 72 migrants pulled from intercity buses in San Fernando, a small city in north-east Mexico. The discovery of mass graves containing 193 bodies in the same region the following year emphasised the vulnerability of migrants in Mexico. The victims were mostly Central Americans on their way to Texas.

Then there is the threat of sexual violence: Amnesty International estimated in 2010 that as many as six in 10 migrant women and girls are raped. In 2014, Fusion, a news organisation, raised that estimate to eight in 10.

Spanish-born Mexican Diego Quemada-Díez, who directed The Golden Dream (2013), travelled on La Bestia as part of his research, experiencing many of the events depicted in the film, including having a gun held to his head by a gangster. The film tells the story of two Guatemalan teenagers trying to reach the US, accompanied by a Tzotzil Mayan boy who speaks no Spanish. 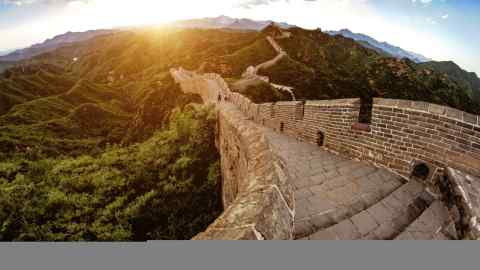 Yet while his film is politically engaged, Quemada-Díez — who received the “A Certain Talent” award at Cannes for the film — says he was primarily drawn to the topic for artistic reasons. He interviewed more than 600 migrants in Mexico and came to see their potential as protagonists. “They were risking their lives to help their families. It was a heroic journey,” he says.

Alejandro Solalinde, a Catholic priest who runs a migrant shelter in southern Mexico and appears as himself in both Who is Dayani Cristal? and The Golden Dream, shares this view. He says US society is “tired out by individualism”. Migrants, on the other hand, “bring a sense of inclusion materialist, consumerist societies lack”.

Evil and misfortune are not the focus of every immigration film — family comedies have also engaged with the challenges of journeying north to start a new life. In Instructions Not Included (2013), Mexican actor Eugenio Derbez plays a carefree womaniser who crosses the border to return a baby to her mother in Los Angeles.

Audiences took to the film’s lighthearted tone — it is the highest grossing Mexican movie in the US ever, having netted $44m at the box office. “For many years we wanted to portray darkness,” says Derbez, who also directed and co-wrote the film. “Watching a Mexican movie meant watching pain and poverty.”

Now, though, with Trump’s views gaining support in the US, Derbez believes it is time to present positive immigration stories. “It’s important to give a face to migrants and show that we are not all rapists or drug traffickers,” he says.