Girls should be free to flourish on their own terms

Millions of girls are married as children. This fact harms our human family and reminds us how deeply biased our world still is against mothers, sisters and daughters. We now have a moral duty to end one of humankind’s most destructive traditions. Experts say it is feasible in one generation.

Maybe because I am a man, I have spent much of my life ignorant of the scale and awfulness of child marriage. But, in recent years, I have talked to many girls and women who have educated me. It wasn’t until my retirement that I realised that one in three women in the developing world is married before the age of 18, or understood what they risk as a result.

Across the world, girls are powerless to choose when they marry, to whom, or whether they marry at all. The day of their marriage is the day they give up school. Under pressure to bear children, they cannot negotiate safe or consensual sex. As pregnant young mothers, they face the danger of injury and death. Indeed, childbirth is one of the biggest killers of teenage girls in the developing world — and their children face the same tragic odds.

Marrying a girl young, often to a much older man, is a sure way to inflict poverty and inequality in her community. But there is an alternative: to end this cycle is to free a girl to be safe and healthy — to let her flourish and become who she wants to be, on her own terms. 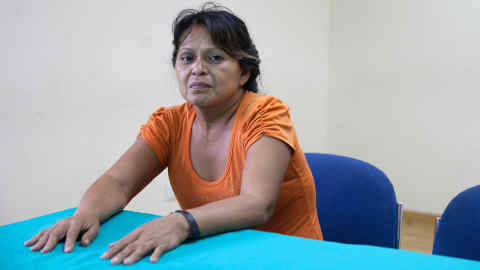 Five years ago, I organised a meeting with The Elders, an international organisation of former politicians, public figures and other oldies like me, to ask child marriage activists what we could do to help. They told us to speak out, that real change needed to happen at the grassroots. They said a movement was needed.

Today it is obvious they were right. Now standing behind those activists — mothers, daughters, fathers, sons, teachers, imams, priests, rabbis — are countless communities determined to break the painful bondage of tradition. We helped them build a coalition, Girls Not Brides, which spans more than 80 countries and 600 organisations.

There has been heartening progress. Last year, the UN made gender equality one of its Sustainable Development Goals for 2030. In 2014, the African Union launched a continent-wide campaign to end child marriage, encouraging its 54 member states to pass laws, make action plans and support communities.

In Nepal, a national plan to end child marriage involved ministries, local and foreign non-governmental organisations, academics, law enforcement, journalists, and faith and community groups. The result was a committed national movement with the spirit and vision to get the job done. We are dealing with deep-rooted traditions: it is everybody’s job to help. As my friend Graça Machel [the politician and widow of former South African president Nelson Mandela] says: “Traditions were made by people; they can be changed by people.”

Traditions were made by people; they can be changed by people

Even with better recognition, the problem continues to grow. The number of child brides rises each day. This year alone it will wrench 15m girls out of childhood.

The biggest challenge is to accelerate change in towns, villages and homes. The activists I have met — in Ethiopia, India and, more recently, Zambia — are hard at work convincing parents and communities that there are alternatives to child marriage. But many of them don’t have the funds to match their courage. They deserve far more support. With support, these girls will win back their freedom: in Zimbabwe, Loveness and Ruvimbo, two young women forced to wed before they were 18 took their government to court. Child marriage is illegal there unless parents allow it, which their parents did. Zimbabwe’s Constitutional Court ruled in the girls’ favour, bringing all of its children’s rights closer to the full protection of the law.

I know that one generation sounds like a short time to turn the tide on a practice that is centuries old, but that is why old ones like me are here to remind you that change is in the air. If two brave girls refused to give up, neither can any of us.

Archbishop Desmond Tutu received the Nobel Peace Prize in 1984 and is a champion of Girls Not Brides: The Global Partnership to End Child Marriage

Get alerts on Child mortality when a new story is published