We’ll send you a myFT Daily Digest email rounding up the latest Accountancy news every morning.

Ineos, which has been audited by PwC since the energy and petrochemicals group’s creation in 1998, started a process to replace the firm this summer, months after a “breakdown” in their relationship.

The dispute centred around a proposed plan to move the tax residence of Jim Ratcliffe, the billionaire founder of Ineos, and two other directors to Monaco, saving up to £4bn.

In February, it was reported that PwC had considered quitting as auditor and adviser to Ineos and that the tax plan had been raised internally with the accountant group’s UK management board.

A person close to Ineos said an article highlighting the proposal, which appeared in the Sunday Times, had resulted in a “breakdown” in the relationship between PwC and Sir Jim.

Two people familiar with the matter added that Deloitte had now been appointed auditor. 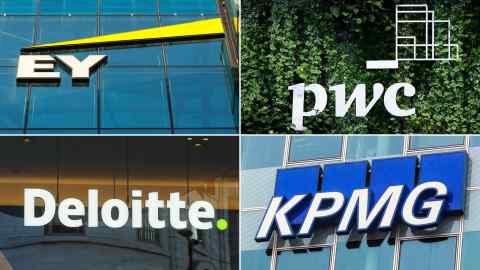 Founded two decades ago, Ineos has grown through acquisitions to become one of the largest chemicals producers with an annual turnover of £44bn and more than 17,000 people employed in 22 countries. Sir Jim, who owns a 60 per cent stake in the group, has an estimated wealth of £21bn.

Sky News first reported that Ineos had terminated its audit contract with PwC on Wednesday. Ineos, PwC and Deloitte declined to comment.

A senior auditor at another Big Four firm that pitched to replace PwC, valued the audit contract at about £10m. The auditor said the tender process had been run quickly and that PwC’s role as tax adviser to Ineos could also change hands this year.

The UK’s large accounting firms are increasingly concerned about the reputational impact of their largest clients following scrutiny on the sector in the wake of several corporate collapses and accounting scandals.

The Big Four — PwC, Deloitte, EY and KPMG — have begun sweeping reviews of clients this summer to weed out problematic or unprofitable work, which could lead to a purge of risky audits.