Maria Weise always knew she would be rich one day.

Her family owned land south of Munich, and her father had spent a lifetime filling it with houses and apartment buildings. When he died, Ms Weise inherited 13 houses and three blocks of flats, along with an imposing farm in the Bavarian countryside with 15 hectares of land.

“From then on, I was an heiress. I did not have to work again,” recalls Ms Weise. She gave up her job as a hospital pathologist, experimented with ecological farming and raised two children. Today, she spends much of her time and money on social and progressive causes, from the Alternative Nobel Prize to her own foundation helping women in Latin America.

“Inheriting gives you the chance to do things and create things that other people can’t. But it also defines you in a negative way,” says Ms Weise. “People say that all you did was to inherit. That you never had to make an effort. But you want to be respected for what you did, not for what you were given.”

Stories like hers used to be rare in Germany, a country where millions saw their wealth wiped out by war, displacement and inflation in 1945. Today, however, such stories are told with growing frequency.

German economy
Why are Germans so obsessed with saving money? 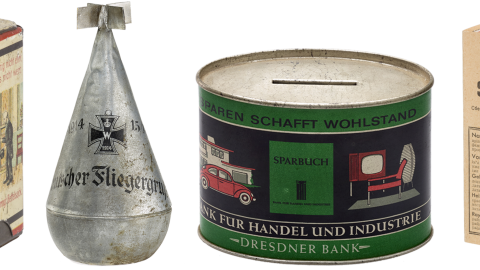 After seven decades of political stability and economic expansion, Germany is in the midst of a vast transfer of wealth from the dead to the living. Precise data on inheritance flows is hard to find, but economists agree they have risen sharply in recent years. According to a study from the German Institute for Economic Research (DIW) in Berlin, up to €400bn is transferred through bequests and gifts a year — more than the annual government budget and enough to wipe out the entire national debt in less than five years.

The so-called Erbschaftswelle, or inheritance wave, has triggered hand-wringing from politicians and commentators. Germany’s Social Democrats, for example, made higher inheritance taxes part of their election campaign platform last year, echoing similar calls from trade unions and other leftwing parties.

One fear is that inherited wealth is entrenching social divisions and financial privilege at a time of growing concern about inequality. Another worry is that it hollows out the idea of Germany as a genuine meritocracy.

Thomas Piketty, the French economist, calculates that more than half of total wealth in Germany today is inherited — an estimate confirmed by German economists. In the 1960s and 1970s, the share was just a little over 20 per cent. The rise is far more pronounced than in France and Britain, reflecting the shift in Germany’s fortunes over the course of the postwar Wirtschaftswunder, or economic miracle.

“Inheritance perpetuates social inequality because it moves it from one generation to the next,” says Jens Beckert, the director of the Max Planck Institute for the Study of Societies in Cologne. The deeper problem, he argues, is that wealth is already spread unevenly across German society. “The top 1 per cent own one-third of all [net] wealth, the top 10 per cent own two-thirds while the bottom half owns nothing. These structures are kept in place through inheritance. Wealth stays at the top.”

Cansel Kiziltepe, an SDP MP, voices similar concerns: “From a macroeconomic point of view it is not good that wealth is distributed so unequally. And it is not good for social peace either. This is a country where different social groups have always lived together fairly well — without gated communities and without fear of crime. I think we will see more social conflict in the years ahead.”

Ms Kiziltepe advocates higher inheritance taxes as well as the reintroduction of a wealth tax. Exemptions and allowances mean that only a small part of total inheritance flows are taxable. Last year, for example, the state took in €6.8bn — a marked increase from the year before but only a fraction of the €300bn-€400bn estimate for total flows made by the DIW. Rates vary hugely, with both small and large bequests taxed only lightly, if at all.

However, the government budget is in surplus, making it hard to justify a rise in taxes even for the wealthiest part of society. In any case, the coalition treaty signed in March makes no mention of tax rises.

I told my three children: take a look at my bank account. There is nothing there! No one will inherit anything

Experts say the biggest obstacle towards inheritance tax reform has long been German business, which argues that an increase of such levies would jeopardise the future of small and medium-sized family-owned companies. The so-called Mittelstand has long been seen as the bedrock of the German economy and its representatives carry political clout.

As a result, some of the biggest bequests are almost entirely untouched. “With the current rules you can pass on business assets worth billions of euros without paying a single euro of tax. In a country that wants to be a meritocracy that is absurd,” says Markus Grawka, an economist at the DIW in Berlin.

Some heirs share the concern. Ms Weise has campaigned for a wealth tax, and says she supports higher inheritance levies as well. “There is no mobility — the rich stay rich and the poor stay poor,” she says. Ms Weise donates a large part of her annual income to social projects.

Tom Koenigs, a prominent Green party politician and one of the country’s best-known heirs, went one step further. The scion of a private banking dynasty inherited a small fortune in the 1960s, and donated his entire bequest to the guerrilla fighters of the Vietcong (he gave the money in cash to North Vietnamese embassy staff from East Berlin in two sports bags). Mr Koenigs, 74, says he would give it all away again today, albeit this time to Unicef.

“I told my three children: take a look at my bank account. There is nothing there! No one will inherit anything,” says Mr Koenigs. “It is not good for a young person to receive a lot of money without having done anything in return.”