Asset managers have been behind a push against excessive pay packages at a number of big companies this year, contributing to shareholder revolts at Goldman Sachs, the investment bank, WPP, the advertising group, Deutsche Bank and BP, the energy company.

The question on the minds of corporate governance and remuneration experts is whether large asset management companies could soon face shareholder revolts of their own due to how they pay their top executives.

According to FTfm analysis of the 20 largest listed fund houses in the US and Europe, last year asset management chief executives on average received variable pay that was 15 times larger than their salaries.

The share prices of the same fund companies, on average, fell 10 per cent last year.

Luke Hildyard, policy officer at the UK’s Pensions and Lifetime Savings Association, an organisation that represents 1,300 retirement funds, is in the process of drawing up voting guidelines for members on how to assess appropriate levels of variable to fixed pay.

The asset management industry is therefore likely to face more pressure from pension funds over its pay practices in future, he says.

“Even by the standards of large corporations, performance-related pay packages that are 15 times the size of base salary are extraordinarily high and suggest the asset management sector is not engaging with debates around the merits of bonuses and incentive payments as much as it could.

“These pay packages also raise valid questions about whether asset managers are compromised to some degree in their role as stewards of responsible pay practices at the companies they invest in.”

An asset management analyst at a large European fund house, speaking on condition of anonymity, also questions why chief executives in the industry tend to earn more if their company oversees higher levels of assets.

He says: “Executive pay seems more a function of size than performance. The question is: should size be that relevant; should assets under management correlate with executive pay?”

Until now, shareholder dissent over executive pay at many of the world’s largest asset management companies has been muted.

Just 4 per cent of BlackRock’s own shareholders voted against its executive compensation plan this year.

This is despite Larry Fink, its chief executive, earning nearly triple the $10m paid to the average S&P 500 chief executive in 2015, and more than double the $12.5m paid on average to the chief executives of the largest listed US fund companies.

Mr Fink also received the highest ratio of variable to fixed pay. His variable pay, which included a $9.1m cash bonus and an $11.9m long-term incentive award, was nearly 30 times larger than his fixed salary. Overall his pay increased 8 per cent year on year to $26m, despite BlackRock’s share price falling 4.5 per cent last year.

At T Rowe Price, which oversees $777bn, just 5 per cent of its shareholders rejected its executive pay package, despite chief executive James Kennedy receiving variable pay that was nearly 24 times larger than his salary for 2015.

A spokesperson for the company, the share price of which fell 17 per cent last year, says: “Having a significant portion of compensation performance based, with a low base salary relative to overall compensation, ensures that the compensation earned by our chief executive is dependent on the company’s annual and longer-term performance, as well as our stock price. We believe our compensation decisions are consistent with the long-term interests of our stockholders.”

There are signs that asset managers are beginning to feel pressure from pension funds, which are taking a more aggressive approach to monitoring bonuses at large listed companies. 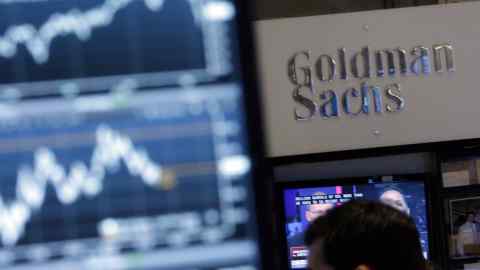 PGGM, the second-largest Dutch pension scheme, which last year voted against three-quarters of pay proposals in the US, says it has not yet decided on what an appropriate multiple of fixed to variable pay is.

But a spokesperson for the €189bn scheme, which voted against BlackRock’s remuneration report this year, adds: “It is very likely that a reasonable multiple is, at best, in the low single-digit range.”

The Local Authority Pension Fund Forum, which represents 70 pension schemes in the UK, is similarly pushing for large companies to keep variable pay “to a minimum”. Its guidelines state that variable pay should be an “added reward for exceptional performance, not an expected supplement to the annual wage”.

The organisation adds: “Variable payouts that are in excess of the negotiated rate for the job serve to increase pay volatility and create cost uncertainties for shareholders. Placing greater emphasis on the fixed component of pay, in our opinion, will reduce complexity and lead to more straightforward and understandable remuneration schemes, both for shareholders and for the executives themselves.”

The questions over appropriate pay practices for asset management companies comes one month after it emerged that Neil Woodford, Britain’s best-known fund manager, has eliminated bonuses for staff at his company, arguing such payments are “largely ineffective” in influencing the right behaviour.

Azimut, the Italian asset manager, is the only other known example of a fund house that exclusively pays its senior employees salaries.

Several academic studies have found that bonuses do not improve performance. Research from the School of Economics at the University of Nottingham in 2011 found that fines were more effective than payouts in getting the most out of employees.

Asset management executives tend to defend the high ratio of variable to fixed pay in the industry. They say it helps fund companies remain operationally flexible in years of weak market performance. 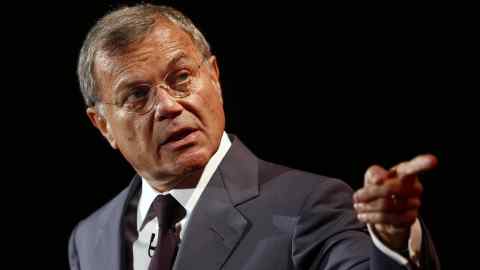 Saker Nusseibeh, chief executive of Hermes Investment Management, says: “It is far better to pay higher salaries and lower bonuses because everything we know from behavioural psychology shows bonuses distort behaviours. But from a business point of view, variable pay is better. It is simply a way of controlling the cost base.”

Tim Wright, head of the rewards practice at PwC, the consultancy, believes the growing number of threats to asset managers’ profitability — including the rising popularity of cheap passive funds and the difficulty of consistently beating the market — is likely to force asset managers to change how they approach executive pay.

He also questions how seriously fund companies can police pay in other sectors, which is one of their roles as shareholders of publicly listed companies, if pay levels in asset management appear too high.

“There is some serious doubt about whether [large bonuses] will continue over the course of this year. There will be pressure to keep pay under control. There is increased uncertainty in the markets. Some [companies] will do really well and some will do badly. Overall I would expect this year to be a fair amount tougher in terms of pay,” he says.

“The biggest focus is whether or not people are being paid fairly for the value they are giving the organisations. Most concerns are around rewards for failure or where there are large increases in pay that are not backed up by performance. It makes it more difficult for asset managers to criticise [other companies] if they don’t practice what they preach.”

Fines are better than bonuses

Daniele Nosenzo, associate professor at Nottingham university’s School of Economics, argues that variable pay structures can improve performance, but it is fines rather than bonuses that have the most impact.

His 2011 study, which carried out a series of tests on more than 100 volunteers, found that threatening workers with fines rather than offering bonuses makes people work harder.

“There are different ways in which you can implement variable pay. My research more generally points out that it is relatively better to use negative incentives than positive incentives,” he says.

Prof Nosenzo also argues that paying “very high bonuses to very few people may be detrimental” to businesses. This is because the workers who do not receive large bonuses could become less motivated to perform well.

“People do care about differences in pay. These big spreads can have a negative impact on performance,” he says.

However, the academic adds: “I believe pay for performance works better [than only fixed pay]. If you imagine a setting where everyone gets a fixed salary or where they get paid for performance, it would be very surprising that there would not be a difference in performance between the two.”