On the hunt for a delicious decaf

Can the new generation of low-caffeine coffees deliver a drinkable option?

When you work from home, The Coffee Break can easily become the high-point of your day – a welcome opportunity to change the scenery, make small talk with the cat and stretch your legs, in however limited a fashion. Over the course of the past year, more of us have sought solace in this little ritual than ever before. The result? A surge in coffee sales. But also an even bigger surge in sales of decaf – because there is, after all, only so much caffeine a person can drink before they start climbing the walls.

Coffee aficionados used to look down on decaf. That’s because, in the bad old days, most decaf was made by soaking low-grade beans in methylene chloride – a solvent more often found in paint stripper. This icky-sounding process not only added to the price of the coffee but also degraded the flavour.

But thanks to the rise of chemical-free decaffeination techniques and more artisan, single-origin varieties, a taste for decaf is no longer something to be ashamed of. “In fact, you could argue it’s the decaf drinkers who are the real aficionados,” says Charlie Cook of Kiwi coffee brand Allpress, “because they’re the ones who are drinking the coffee just for the flavour.” Allpress takes its decaf seriously, and its Haus Decaf Blend is delicious – a blend of Guatemalan and Brazilian beans with notes of bitter chocolate, smoky toffee and hints of citrus (£9.25 for 250g).

Like a lot of top roasters, Allpress uses beans that have been decaffeinated using the Swiss Water process – a chemical-free method that, it is claimed, preserves more of the bean’s flavour. Monmouth Coffee also uses this method for its decaf: “Because you keep more of the top notes, you get more complexity and structure; you get good fruit, acidity and body,” says Monmouth Coffee founder Anita Le Roy. When I made my husband a cup of its truffly Lo Mejor de Nariño (£7.25 for 250g), he looked at me suspiciously. “Are you sure this is a decaf?” he asked. “It tastes too good.” West Sussex’s Decadent Decaf sells seven Swiss Water decafs, including an Ethiopian Sidamo with a finish like green tea; an aromatic Guatemala Acatenango; and an intense Indonesia Sumatra Mandheling (from £7.49 for 227g).

How To Spend It
The daily grind: five of the world’s best coffee hits 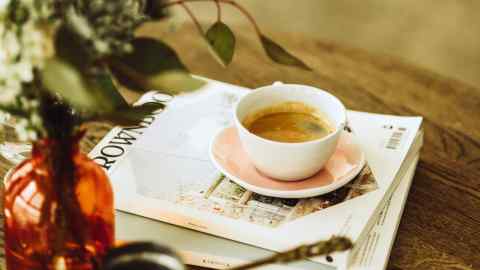 Not everyone is enamoured, though. “I hate it,” says Ralf Rueller, CEO and founder of renowned Berlin roaster The Barn. “We have never had any decaf beans in our portfolio, [because] to me they are processed food.” Instead, Rueller sells two rare varieties of bean that are naturally low in caffeine: laurina and aramosa. Laurina, an arabica-bourbon mutation, typically contains less than half the caffeine of a regular arabica bean. Caffeine is the coffee plant’s natural insecticide, so low-caffeine varieties such as these are very hard to grow. They’re low-yielding and vulnerable to pests – and therefore expensive. The Barn’s Daterra Reserve (€18 for 250g), a blend of laurina and aramosa from the acclaimed Brazil grower Daterra, is a great brew with a nose-tickling toastiness and vibrant notes of pecan, orange peel and liquorice. When London-based coffee roaster Union launched a laurina last month, the first batch sold out in 24 hours.

Does that mean caffeine’s days are numbered? Savannah Scott, creative researcher at trends forecaster The Future Laboratory, thinks not: “Caffeine and coffee are so ingrained into society’s culture and rituals that there can only be innovation and adaptation. We’re already seeing brands start to experiment by blending coffee culture with health-focused ingredients such as CBD and vitamins. In the future, I think instead of holding a negative perception, caffeine can become an area of experimentation.”

Now, if you’ll excuse me, I’ve got a hot date with my cafetière.