A Fortune cover dated September 2008 features Jamie Dimon in a leather chair, surrounded by a handful of his senior executives. The strapline — “The Survivors” — leads into a discussion of how the chairman and chief executive of JPMorgan Chase, supported by his crew, had “weathered a perfect storm.”

But most of that crew went on to leave. Of the 14 executives profiled inside the magazine, just two remain at the New York-based bank. Gone are Frank Bisignano, Steve Black and Charlie Scharf, all to big jobs in financial services. Bill Winters and Jes Staley are now running Standard Chartered and Barclays, the UK banks. Mike Cavanagh, who had a lot of clout inside and outside JPMorgan and was considered the most likely candidate to replace Mr Dimon in time, is now the chief financial officer of Comcast, the world’s largest cable TV company.

“One by one, Jamie took them out and shot them,” says one senior executive at a rival bank, noting the irony of the strapline.

The resignation of Matt Zames, JPMorgan’s chief operating officer, announced on Wednesday, throws a spotlight once more on the costs of a leader with a vice-like grip on the top spot.

Even now, in his 12th year as chief executive and 11th as chairman, Mr Dimon, 61, shows no signs of calling it a day. Associates say he has grown into the role of elder statesman, regularly taking stands on behalf of the US banking industry on matters such as financial deregulation, infrastructure spending and the minimum wage.

At the same time, he is keeping his hand in corporate boardrooms, regularly turning up at pitches to land a piece of business through sheer star power. Some Wall Street rivals say that is more by necessity than anything else: since the death two years ago of Jimmy Lee, the bank’s vice-chairman and top dealmaker, the CEO has had no choice but to chip in.

“There’s a cult of personality; he had to get involved as there’s no notional replacement,” says one.

But staying on so long means ambitious underlings get restless. Mr Zames, 46, was among the brightest of the younger generation of would-be chief executives, on a par with Mary Erdoes, the 49-year-old head of the asset management division, and Marianne Lake, the 47-year-old chief financial officer. (Gordon Smith and Daniel Pinto, heads of the investment bank and retail bank respectively, are 58 and 54.)

Even though Mr Zames did not cultivate much of a following outside the bank — he did not participate in the annual round of presentations at Investor Day, for example — he was seen as CEO material. He has not said what he plans to do next, but colleagues say he was growing increasingly anxious to run something.

It’s getting like the old Citibank/Citicorp under Walter Wriston, says Dick Bove, a veteran analyst at Rafferty Capital Markets. Mr Wriston’s reign as CEO ran from 1967 to 1984, spanning the invention of the ATM, the introduction of interstate banking and the explosion of the credit card industry.

All the while, says Mr Bove, Mr Wriston kept losing top people “because they were good and he wasn’t going to step aside.” For Mr Dimon, who had a 13-year spell at Citi before falling out with his mentor, Sandy Weill, “it is a good problem to have. But it does mean he loses an awful lot of people.” 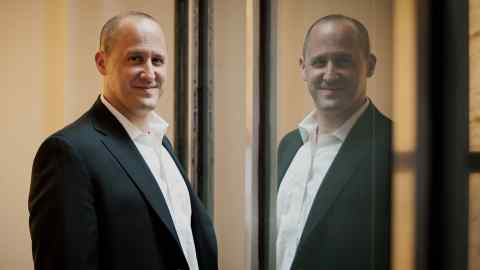 Some say the churn beneath Mr Dimon is a sign of strength. One big investor in JPMorgan, speaking on condition of anonymity, says the stream of departures shows the bank’s “tremendously talented and deep management bench”, throughout all the divisions and at the corporate level.

Analysts note, too, that it is hard to quibble with Mr Dimon’s record even though there have been rough spots. In 2012, for example, the bank endured a big loss over the “London Whale” scandal*. In October 2013 the bank paid a huge fine to settle government charges of mis-selling mortgage-backed securities. A couple of months later Mr Dimon came under fire for releasing a holiday card showing him and his family — wife Judy and three daughters — appearing to swat tennis balls around his luxurious apartment**.

But JPMorgan’s five-year average return on equity is 10.8 per cent, well clear of Citigroup (7.6 per cent) and Bank of America (6.8 per cent), its nearest rivals.

If Mr Dimon wants to keep doing the job, he says, shareholders should not really grumble.

“Right now he’s having too much fun,” Mr Soifer adds.

** Amended to clarify that no tennis balls were hit