If you think the same, join us
Special Report Rethinking Energy
See all 22 stories
Environment

Hopes clash with reality on curbing energy use

There is a tension between rhetoric and consumer behaviour

From schoolchildren across the world walking out of classrooms to demand action on global warming to US Democrats unveiling plans for a “Green New Deal”, campaigns to tackle climate change have gained impetus this year.

“We have seen this huge upswing in really vocal concern about climate change,” says Rachel Kennerley, a campaigner at environmental group Friends of the Earth.

Behind the rise in political campaigning, however, data on energy use paints a different picture. Spencer Dale, group chief economist at oil group BP, says there is a “mismatch between hopes and reality” when it comes to controlling energy demand.

Global energy consumption grew last year at its fastest rate since 2010, as countries including the US suffered a colder than average winter while the use of air conditioning in developed and developing countries continued to rise to cope with hot weather.

Much of this increased demand was met by fossil fuels, particularly gas, according to the Paris-based International Energy Agency. That pushed global carbon dioxide emissions to a record high of 33bn tonnes.

When economists, campaigners and academics look back on the current period, they will probably “observe a world in which there was growing societal awareness and demands for urgent action on climate change, but where the actual energy data continued to move stubbornly in the wrong direction”, Mr Dale said in a speech last month discussing BP’s annual statistical review.

Others point to a mismatch between political pledges and accelerated policies. “We have seen this rhetoric around climate change making its way into the political agenda . . . the words are there, the policies are not there,” says Ms Kennerley.

Even some countries that have set ambitious climate change targets — including the UK, which last month became the first G20 economy to legislate for net zero-carbon emissions by 2050 — are struggling to meet near-term targets for cuts in emissions.

Politicians know the problem, but they don’t feel they yet have popular backing

Certain governments also stand accused of pushing through policies that campaigners see as counter to climate change ambitions. The UK, for example, plans to expand its biggest airport, London’s Heathrow. The country is not yet on course to meet its nearer-term emissions targets for 2023-27, according to the Committee on Climate Change, an advisory group.

The mismatch could narrow as more countries speed up the implementation of policies to confront big challenges. These include reducing reliance on fossil fuels for heating buildings and transportation, says Richard Black, director of the Energy & Climate Intelligence Unit, a London-based research group. Chile, Finland, Iceland, Norway, Portugal, Sweden, France and Uruguay are among the countries that have already adopted a net zero target, while it is under consideration in others such as Germany and New Zealand.

“A natural way to do it is you have your law, you have your targets and then you need your policies in place to go and meet them,” says Mr Black.

Some academics, however, question the approach governments have traditionally taken to achieve meaningful behaviour change, particularly among consumers.

“Society as a whole — and this includes research, policymaking, planning as well as the media — still obsesses a lot over technology,” says Benjamin Sovacool, professor of energy policy at the University of Sussex in the UK. Debates over how to improve the energy efficiency of buildings or the output of heavily emitting industries tends to mean consumers “don’t take it personally”, he adds.

“We have to tackle lifestyles,” says Prof Sovacool, although he admits this is tricky territory for any politician as consumers take it as “an insult” if they are told to stop using so much electricity or curb their air travel.

However, examples from Norway show how positive incentives can achieve this kind of behavioural shift, according to Statnett, the operator of Norway’s power system.

The oil-rich country, which is also blessed with plentiful supplies of hydroelectric power, had the biggest share of electric vehicles as a proportion of new car sales in 2018, at 46 per cent, according to the IEA.

Incentives such as not paying for toll roads and being able to drive in lanes normally restricted to buses have prompted changes in behaviour, says Auke Lont, president of Statnett. “If you see the queues in the morning into Oslo, you understand that the people who are living 40km west . . . would rather buy an electric car and then they can drive in the public lane,” he says.

Campaigners, meanwhile, vow to keep pushing their message. “Politicians know the problem, [but] they don’t feel they yet have popular backing to go ahead and do something at a level that is required,” says Per Arno, who took part in an Edinburgh protest by activists Extinction Rebellion last month. “For me, one of the things is to try and raise awareness.” 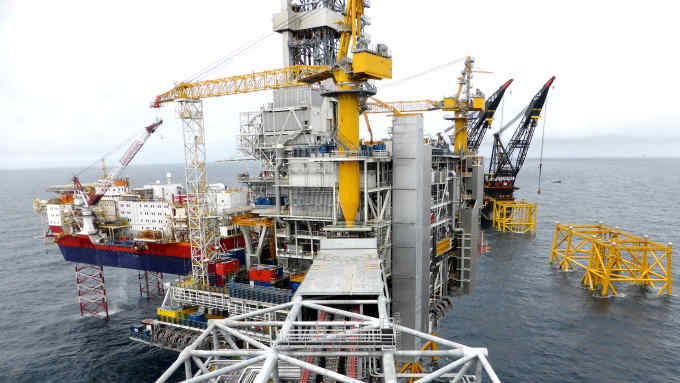