In-house teams steer businesses through reputational and regulatory challenges. Plus: five of the best general counsel for promoting ethical standards

When Mark Chandler studied legal ethics at Stanford Law School in the 1980s, the curriculum covered no more than learning the rules needed to pass the bar exam.

“My professor happened to be a critic of what was called legal ethics,” he says. The class was taught that the phrase essentially referred to rules designed to “protect the economic wellbeing of lawyers by blocking advertising, keeping non-lawyers from providing any sort of legal services and stopping lawyers from poaching each other’s clients”.

As chief legal officer at technology company Cisco, Mr Chandler finds the reality is different. The most common ethical considerations he has faced have been responses to the wave of societal, cultural and economic events of the past decade — from the coronavirus pandemic and natural disasters to geopolitical upheaval.

Companies increasingly have to take an ethical standpoint to protect themselves from compliance and regulatory strife, and to deflect potential knocks to their reputation. Rising to the top in this environment are business-minded general counsel, who understand the risks of corporate mis-steps.

Mr Chandler has seen the role of ethics change considerably, largely because of a trend towards more regulatory oversight.

“It comes out of a sense of the vulnerability of investors and the public to activities that aren’t transparent or can do social damage,” he says. “It started with the 2001 downturn after the [dotcom] bubble and continued after the financial downturn of 2008-09.”

Recently another trend has surfaced — multi-stakeholder capitalism, where companies feel they must serve all stakeholders, with a focus on long-term value.

“As a result, GCs may feel they have a greater responsibility — not always regulatory in nature — to guide the perception of the company, and make sure the perception follows the reality,” says Mr Chandler.

For company lawyers, ethics is now a powerful tool to help drive business strategy and set it up for sustainable growth. They therefore need a broader perspective on what the expectations are, not only of stakeholders and the regulators, but of society in general.

“When a good reputation is an important corporate asset, a narrow legal view of any given issue — such as finding a loophole in a regulation — doesn’t get you there,” says Mr Chandler.

In the Covid-19 crisis, reputation and credibility are crucial for many businesses as they try to manage supplier, customer and employee expectations amid extreme disruption.

At Hongkong and Shanghai Hotels, which owns The Peninsula hotels, Christobelle Liao is corporate and legal group director and Nadine Maurellet is group general counsel. Since the first coronavirus cases were reported in China, where the company owns properties, the two Hong Kong-based lawyers have helped steer the business through the subsequent regulatory, economic and social challenges.

“Our integrity is central to our business strategy and it is what we believe to be the right approach for the long-term sustainability of our group,” says Ms Liao.

In adjusting to various lockdown measures in different countries, ensuring the protection of employees and preparing to reopen properties responsibly, Ms Liao and Ms Maurellet were able to help the business respond to crises in multiple jurisdictions.

“In this current environment, being trustworthy and risk-aware is critical for organisations to keep and build the confidence of its employees, customers, regulators and shareholders,” says Ms Maurellet.

Trust in the legal team has developed over years, and Ms Liao and Ms Maurellet are increasingly involved in strategic decisions. The company sees its lawyers as its “corporate conscience”, says Ms Liao.

She is responsible for risk management and organisational development strategies for the group, while in January Ms Maurellet was appointed general manager for business diversification, tasked by the chief executive with taking the business into new sectors and markets.

The two lawyers consider the long-term interests of the company, employees and clientele. Hongkong and Shanghai Hotels was founded in 1866 and built by the grandfather of Hong Kong billionaire Sir Michael Kadoorie, who reportedly still owns a 55 per cent stake.

“The family’s timeframes are generational — they’re thinking not just quarterly but 50-to-100 years into the future,” says Ms Maurellet.

Ethical concerns manifest themselves differently, according to the sector. Rhoda Weeks-Brown, general counsel of the IMF, says her core responsibility is to provide independent and impartial legal advice on the Articles of Agreement, which lay out the fund’s objectives, and the legal framework to its stakeholders.

The legal department represents the organisation in standard in-house counsel matters of litigation, employment and contracts. It also monitors and provides advice on the consistency of IMF operations with the fund’s legal framework, as well as guiding member countries on legal and institutional reforms — such as financial regulations and tax issues.

“We have a delicate balance of rules to make sure all our dealings with our member countries are fair, consistent and within the boundaries of our mandate,” says Ms Weeks-Brown.

After more than 22 years at the IMF, Ms Weeks-Brown has seen the “macro-stability conversation” broaden from fiscal and monetary concerns into a range of other areas, on which the fund’s legal team provides advice.

“We are now also doing a significant amount of work on anti-corruption and governance reforms, and increasing our focus on the removal of legal barriers to women’s economic empowerment,” she says.

Five of the best general counsel for promoting ethical standards

As the first general counsel and first non-Japanese director of Panasonic, Laurence Bates is a key strategic partner in helping the electronics manufacturer to transition towards integrated software and hardware for consumers and business. During 30 years of working in Asia, Mr Bates has tackled several crises, including the impact of nuclear disaster and compliance scandals. This, along with his US roots — he was president of the American Chamber of Commerce in Japan in 2013 — gives him a truly broad perspective. At Panasonic, he has improved compliance standards, creating a centralised legal and compliance unit as well as a framework for whistleblowers. A leader of cultural change, he is unafraid to challenge the Japanese business community, particularly on its approach to diversity.
See separate interview with Laurence Bates: How Panasonic turned around its compliance culture

Mark Chandler, a long-term innovator in legal operations and procurement, is also responsible for the company’s ability to operate without ethical compromises, often in anticipation of regulatory requirements. In a company of 70,000-plus employees, he has strengthened compliance processes with a rigorous and transparent response to whistleblowers’ reports.

One of five group executives at the company, Christobelle Liao is responsible for a range of areas, whether working as project manager for the development of a new hotel in Istanbul or sponsoring HKSH’s Workplace 2025, a company initiative designed to encourage innovative ways to future-proof the workplace. Ms Liao says one of her key priorities is to figure out “how [we] can be part of that particular society we operate in”. The legal team’s work includes tackling modern slavery in the hospitality industry, and sustainability projects. Thanks to her role on the management board, she is able to influence the strategic direction of the company.

Craig Silliman’s job title encompasses operations, real estate, security, public policy and more. This level of oversight at the international telecoms company enables him to anticipate geopolitical risks stemming from Verizon’s complex supply chain. He advises on protecting the company’s reputation in the market — for instance, through Verizon’s recent focus on safety for internet users; and leads the company’s sustainability pledges, including its commitment to carbon neutrality by 2035.

Rhoda Weeks-Brown and her team advise the IMF on the use of its $1tn lending capacity to best promote economic growth, from debt restructuring to climate change surveillance. A critical part of her role is managing internal governance, including a robust grievances system. She encourages lawyers to work on broader IMF projects, such as advising member countries on women’s economic empowerment. The legal team uses artificial intelligence to organise the fund’s records and ensure historical policies are upheld. Ms Weeks-Brown’s influence is shaped by her work on the IMF’s communications strategy and its outreach in Asia, Africa and Europe. 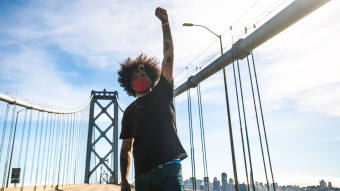