Corporate Britain is a top target for activist investors in 2021, with funds looking for opportunities in the relatively weak stock market and pandemic-ravaged economy.

But, he added, “the UK in particular . . . is likely to see a pick-up in activism especially when we know more about some of the big uncertainties affecting the country, including Brexit as well as how the pandemic plays out.”

In an annual forecast of activism in Europe, corporate restructuring specialists Alvarez & Marsal predicted UK groups and those with relatively weak environmental, social and governance records would figure prominently among target companies in 2021.

The A&M study, which benchmarks the performance of 1,601 companies in European markets against measures to gauge their vulnerability to activists over the next 18 months, found the key driver for the shift back to the UK was the deeper impact of Covid-19 on the economy, compounded by the uncertainty of Brexit.

“Brexit concerns and a challenging macro environment are putting pressure on listed UK companies and weighing on their valuations,” said Adam Epstein, co-founder of Swiss-based Teleios Capital, which recently opened a UK office.

Liad Meidar, chief investment officer of Gatemore Capital Management, which focuses on UK small and mid-caps, said Brexit risks had already been priced into most stocks so “even a ‘thin’ deal [as struck with the EU before Christmas] presents some upside,” he said.

This was a “golden age” for investment activists in the UK, he added, with institutional shareholders accepting and even supportive of their campaigns.

Anne-Sophie d'Andlau, managing partner at hedge fund CIAM, added: “We expect ESG to become much more prominent in the activism space in 2021, in line with institutions’ increasing interest in these matters and driven by a need to future-proof businesses.”

Malcolm McKenzie, head of European corporate transformation at A&M, said companies whose ESG performance was lagging rivals suffered a valuation discount. “That is an opportunity for activists,” he said.

UK companies cited by investors and analysts as potential targets include Travis Perkins, the builders’ merchant, and outsourcing company Serco.

Travis Perkins was not available for comment, but a person close to the company rejected the suggestion that its performance made it vulnerable. Serco declined to comment. However, one insider pointed out that its shares had been trading at a premium to peers.

FT SeriesFuture of the City
Can the UK stock market get its mojo back? 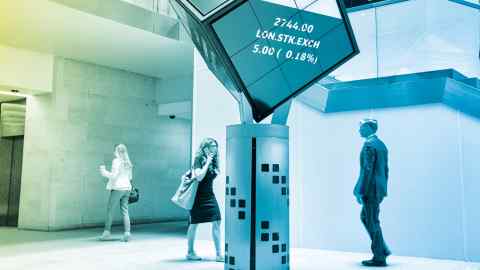 Andrew Honnor, founder of Greenbrook Communications, which advised on more than 20 activist campaigns in Europe during 2020, confirmed that interest in UK targets was high.

“We are receiving more inbound inquiries from US activists exploring opportunities in the UK than we have done for quite some time. The general view is that the UK is now looking too cheap to ignore,” he said.

Get alerts on Investor activism when a new story is published