Tesla’s entry into the S&P 500 has cost investors tracking or benchmarked against the index of blue-chip US stocks more than $45bn since December.

The electric vehicle pioneer was already the world’s seventh-largest listed company when it was finally admitted to the S&P at the end of 2020 — more than a decade after entering some other indices such as the Russell 1000.

Its stock had rallied 764 per cent in the 12 months beforehand — partly in anticipation of forced buying on entry to the S&P 500 — and its market capitalisation equalled the total market cap of the nine largest automakers by sales volume, which between them accounted for 94 per cent of global sales in 2020, according to Research Affiliates, a Californian investment house.

Tesla’s share price then fell in the six months after its admission while the stock it replaced, Apartment Investment and Management (AIV), rallied 48 per cent.

This rebalance cost investors 41 basis points of their portfolios, said Rob Arnott, chair of RA, a tidy sum given that the S&P 500 is directly tracked by about $4.6tn of capital, with a further $6.6tn benchmarked against it.

“AIV outperformed Tesla by a stupendous margin,” Arnott said in a blog post. “A pensioner with a $100,000 allocation to the S&P 500 is about $410 poorer as the result of the December index rebalance. Unfortunately, this cost is totally unnoticed by investors because it is baked into the index’s performance.”

While Tesla is an extreme case, Research Affiliates’ analysis suggests market cap-weighted indices have a clear tendency to systematically “buy high, sell low” when they rebalance.

Since 2000, an average of 23 stocks have entered (and left) the S&P 500 each year, sometimes because of corporate action such as mergers, acquisitions or bankruptcy among existing constituents, on other occasions as a result of growth by companies outside the index.

RA found that 65 per cent of new entrants see their share prices rally between the day their impending admission is announced and the day that change becomes effective.

In contrast, 60 per cent of the discretionary deletions from the index fall between announcement and exit dates. On average, deletions underperformed additions by 6.2 percentage points over this period, plus a further 1 point on the day after the change is enacted as index trackers catch up.

Over the subsequent 12 months, prices move in the opposite direction: additions on average underperform the index, albeit by only 1 percentage point, but deletions beat it by an average of almost 20 points.

As a result, RA calculated that investors typically lose 20-40bp a year from “stocks [being] added at too high a price and sold at too low”, during the rebalancing process.

“Traditional indices embody built-in performance-dragging inefficiencies,” Arnott wrote. “The index rebalance is a great opportunity . . . to do the opposite of what the index does: buy the deletion and sell the addition.”

Arnott, whose business is a proponent of factor-based “smart beta” investment, said this was not a criticism of S&P per se, but rather a flaw inherent to all market cap-weighted indices.

Vitali Kalesnik, director of research for Europe at RA, said the rebalancing effect was likely to be exacerbated by hedge funds buying stocks when their impending promotion is announced in the full knowledge that index trackers such as ETFs will need to buy them when they enter the index.

“Who benefits from this? hedge funds and other liquidity providers. Who pays? The investors, a lot of which are pensioners that hold collectively billions of dollars in the S&P,” Kalesnik said. “This applies to all indices and strategies whenever any trading pattern becomes predictable and can be front run.”

While an annual loss of 20-40bp may not be huge, Kalesnik argued this “can be 10 times the stated management fee” for an index tracker, with investors often switching funds in order to save a fraction of this amount.

While indices have little option but to rebalance periodically, RA had some suggestions to lessen the impact.

Selecting additions based on their five-year average market cap can help avoid admitting “hot” stocks that prove to be temporary high-fliers, while banding can limit “flip-flop trades”, additions that are quickly reversed.

Kalesnik said any investor able to postpone trading of the S&P 500’s additions and deletions by a year “can outperform the index”.

Alternatively, tracking an index that represents the full universe of US large-cap stocks, rather than the “very narrow” S&P 500 avoids “entry point risk”, he argued.

Gareth Parker, a former director of index research and design at S&P, who has also worked with RA and is now chairman and chief indexing officer of Moorgate Benchmarks, believed that the selection methodology for the S&P 500, which includes the stipulation that a company should be profitable, was “not ideal”.

“The result is anomalies such as adding Tesla, and from memory Google and Microsoft, far later than would have happened if the rules followed the normal approach of adding by size, subject to basic eligibility criteria,” Parker said.

However, he was unconvinced by arguments that market cap indices inherently “buy high and sell low” given that the S&P 500’s track record “is remarkably good when compared to active management, even before fees”.

Aye Soe, global head of product management at S&P Dow Jones Indices, said its data suggested what she termed the “index effect” had actually declined in the past decade, reducing rebalancing-related losses.

“Market cap-weighting is the only way to show proportional representation of assets in an aggregate way, it’s the only macro consistent way,” she added. “People criticise it, but if you look at active managers, most can’t beat it.” 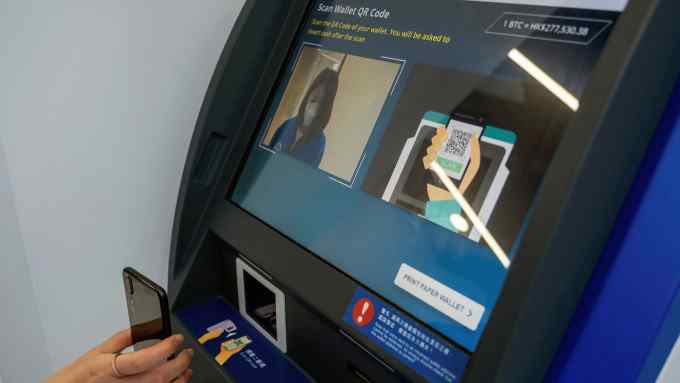