Workplace litigation: why US employers are turning to data

A new kind of employment law is emerging. Plus: law firms and legal teams ranked for ‘Technology and data’

From logging into a laptop, swiping a key card or turning on your mobile phone, your workplace data is constantly being harvested.

Moreover, as an increasingly sophisticated breed of employment litigation emerges, that information could be used against you, too.

Employment battles are growing ever more complex, and the volume of available data on employees is mushrooming by the day, catapulting to the fore a special kind of data-intensive employment law.

Law firms such as Littler Mendelson are using huge data sets to establish liability in disputes and to help companies work out if they are paying their workers fairly, or staring down the barrel of an impending claim.

The development has emerged as companies have faced a rash of fresh harassment and discrimination claims after the rise of the #MeToo movement and new gender pay gap reporting, as well as an outbreak of high-profile pay battles in the past two years.

We use client data to work out where liability sits and what people should have been paid. We can rebuild whole days to show what people were doing

Some of the world’s largest companies, including Walmart, Nike and Google have gone head-to-head with their workers in recent months. Walmart in particular has been stung by several so-called wage and hour class actions, in which employees join together to claim for missed breaks, unpaid wages and other violations governing hours.

In June, the US retailer was told by a California judge to pay $102m for giving workers illegal payslips, but was largely cleared of allegations that it had not been properly paying hourly employees for missed or shortened meal breaks.

Littler Mendelson says big companies are increasingly seeking its services to build arguments in wage and hour class actions using the data of employees. “We use client data to work out where liability sits and what people should have been paid,” says Aaron Crews, chief data analytics officer at Littler. “We can rebuild whole days to show what people were doing and when.”

In a world of structured data, the firm can harness information on badge swipes, system log-ins, GPS data and email log-ins to work out where the liability should lie, he says. “Did a certain group of employees get a meal break or not? Did they spend this much time before they started work putting on uniforms? We can build that [picture] with data.”

The firm can take disparate data sets — for example, the GPS data for a group of individual lorries, and the invoicing and routing data that launched them on the road — in order to build up a picture of a worker’s day, and assess whether their dispute holds water.

It has also developed a pay equity tool to help companies evaluate whether they are paying certain groups — for example, women — less than other groups.

The tool uses data harvested from clients’ HR systems and adds inputs such as performance reviews, bonus rules and length of tenure to reveal disparities within employee groups and establish whether workers are being paid unfairly, and why.

“With the rise of #MeToo and discussions around pay equity we decided to build a tool that made it easier for clients to understand the underpinnings of the advice we were giving,” Mr Crews says.

“We can tell where disparities exist, what’s driving them and whether they are statistically significant — meaning, is it the result of intentional decisions or the result of a pure roll-of-the-dice random chance,” he says.

Did a certain group of employees get a meal break or not? Did they spend this much time before they started work putting on uniforms?

With messy pay battles on the horizon in the US and internationally, including the BBC’s pay dispute with senior broadcasters Carrie Gracie and Samira Ahmed, companies are increasingly vigilant about such subjects.

This degree of high-volume data analysis has only recently become a possibility, however, as costs have rapidly reduced and cloud computing power has accelerated.

“It used to be very expensive to do terabytes of data,” says Mr Crews. “But we did a case a year ago where in three months we [harvested] 80bn data points and produced 33bn of those to the other side in essentially 90 days. “That would have been impossible five years ago.”

As well as hiring specialists in technology and IT systems to create specific data analysis divisions, law firms are also taking on mathematicians and computer programmers to deal with large volumes of data.

Tom Barnett, a lawyer and computer programmer who used to write and edit maths textbooks before taking his law degree, joined the firm five years ago.

He says: “Outside the legal industry — think of Google, for example — we are on a 45 degree curve [when it comes to learning about technology]. But law firms are on a 3 degree curve. There’s a huge gap there.”

The need for better efficiencies when it comes to legal billing and to show innovative ways of producing work are driving much of the push on recruiting new expertise, he says.

The team have devised an app to scan relevant precedents and terms for commitment letters in debt finance and capital markets transactions. It automatically creates a draft letter using similar provisions within minutes instead of hours.

“Economics drives a lot of activity in the business world and clients are demanding more efficiency and more value for the cost, and they’re using more tech,” he says. “Sophisticated clients don’t want to pay 100 people to sit in a room and look at 2m pieces of paper. They want things to be more efficient than that.”

Data modelling has also grown more sophisticated. The days when technology was used to scan documents for certain words are gone. Now systems identify patterns of words and intuit their use.

But Mr Barnett says his tools are not coming for associates’ jobs.

“The idea that AI would really replace serious complex analysis and decision making is science fiction right now, but it can do analytics and routine tasks much faster.” 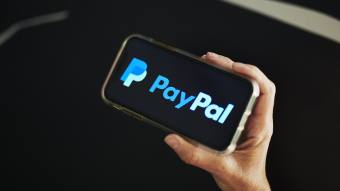