Investors line up for the post-pandemic green recovery

At the start of this year, tackling the climate crisis had risen to the top of the agenda for policymakers and investors. Several countries had enshrined carbon neutrality targets into law, and the EU had launched its Green Deal equivalent. In the US, Democrat lawmakers were again pushing their own Green Deal spending programme to transform the country’s economy ahead of this year’s presidential elections.

Meanwhile, environmental, social and governance-oriented funds experienced record inflows, and green bond issuances had risen 50 per cent from the previous year. Even fossil fuel majors like BP had committed to eventually becoming carbon-neutral, responding to growing pressure from shareholders and activists.

The rapid escalation of the coronavirus temporarily stalled this momentum. But now, even as Covid-19 continues to rage in many parts of the world, the focus has begun to shift to the post-pandemic recovery.

Environmental groups, seeking to harness the largest expansion of government spending in a decade or more, have urged policymakers to design recovery packages in a way that both stimulates battered economies and accelerates decarbonisation.

European policymakers in particular have responded enthusiastically to calls to “build back better”. EU officials have doubled down on their Green Deal plans from late 2019, while Germany, France and others have announced green stimulus packages totalling tens of billions of euros.

In the US, the Trump administration’s aversion to climate action has not stopped Democratic lawmakers from pursuing ambitious plans of their own. In late June, the House Select Committee on the Climate Crisis recommended an ambitious investment programme to make the US economy carbon neutral by 2050, explicitly linking demands for long-term decarbonisation with short-term financial support given to businesses.

“Our plan will put people back to work and rebuild in a way that benefits all of us”, Kathy Castor, chair of the committee, said at the time.

Even the International Energy Agency — an organisation previously criticised for its lack of ambition on decarbonisation — has set out a far-reaching green recovery plan. The proposal requires $1tn in investment over three years for initiatives including energy efficiency and accelerated wind and solar deployment. This would avoid 4.5bn tonnes of CO2 emissions during this time period and add 1.1 per cent to global economic growth each year. 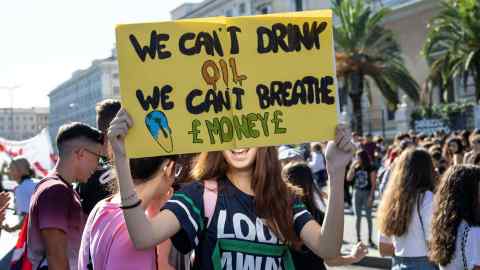 Attention is now turning to how private investment can complement the forthcoming wave of public funding.

“The vast majority of the economy is in the hands of the private sector. [Green stimulus efforts] are more likely to succeed if they leverage the much more sizeable funds in the hands of investors,” says Richard Newell, president and chief executive of Resources for the Future, an environmental think-tank.

But governments would do well to learn the lessons of the 2008 financial crisis, says Jason Furman, senior fellow at the Peterson Institute and former chair of President Obama’s Council of Economic Advisers.

A green recovery could also provide “opportunities for experimentation in different kinds of financial instruments that leverage private capital”, says Mr Newell. He points to traditional mechanisms such as tax credits, as well as more innovative structures such as price supports and reverse auctions among suppliers of zero-carbon technologies.

Indeed, the EU’s own plans recognise the need to complement rather than replace private capital, using innovative regulatory structures. At the launch of its clean hydrogen road map earlier this month, Frans Timmermans, the EU’s Green Deal chief, specifically cautioned that support funds should avoid duplicating the activities of the private sector. Instead, the plan aims to encourage private investment through measures including contracts-for-difference that compensate investors for fluctuations in carbon prices.

Major investors have publicly thrown their weight behind green recovery goals. In June, investors managing a combined $12tn called for a green EU recovery plan; in July, major banks including Goldman Sachs and JPMorgan joined a Rocky Mountain Institute-led initiative to align their portfolio of lending and investments towards asset owners who are determined to reduce their carbon footprints. 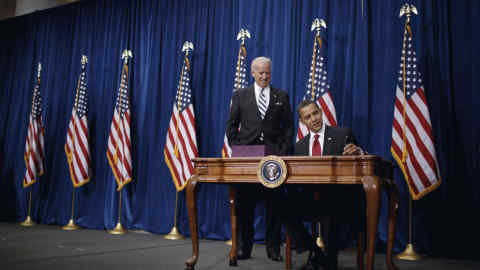 Investors can play a “catalytic role” in changing industries’ behaviour, says Rebecca Henderson, a Harvard Business School academic and author of Reimagining Capitalism in a World on Fire. Large investors, she adds, “can collude for the common good” by enforcing self-regulatory agreements and standards.

Brian Trelstad, a partner at Bridges Fund Management, emphasises the value of learning from investing failures. He observes that the clean-tech bubble of the 1990s “tainted environmental investing for almost a generation” in many failures of a boom that “was early for the market”.

Times have changed — but there must still be room for mistakes, he says. “There will be bad bets made . . . but we are going to need to train people in becoming good investors in the Green New Deal and the opportunities that emerge.”