Investors braced for test of nerves in 2022

More volatility ahead is the reasonable expectation for markets
Katie Martin

Now is the season for pontificating on whether stocks keep on motoring higher in 2022, and if so, at what pace. The problem is, that is a tricky question.

So, how to answer it? For the discerning markets pundit who honestly has no idea what will happen next, “um, I don’t know, it depends” is a bad response.

The second-to-last resort is to use precise probabilities. “A 60 per cent chance that Greece leaves the euro” was a classic of the genre among economists in the European debt crisis. The equivalent now would be to identify a 60 per cent chance that stock markets crash. Sixty is your sweet spot here — a high enough number to look serious and crow about it for the rest of your career if you are right, but low enough to give a get-out if it does not happen.

If that feels unsatisfactory, analysts and investors can fall back on the last resort: predicting volatility. Markets will be neither higher nor lower, necessarily, but volatile. Normally, this is a dodge. It is “I don’t know”, but in markets-speak.

Equities still make sense for anyone who is not compelled, for whatever regulatory reason, to hold government bonds

But in this case, “it will be volatile” is a reasonable and intellectually honest stance for the analyst or investor who is paid to make predictions without any more foresight than anyone else, and who knows that the global withdrawal of monetary stimulus is likely to be a messy process.

That is why words like “nimble” and, of course, “volatility” are peppered through the 2022 outlooks. Investors and analysts expect bursts of weakness known as “drawdowns” and “pullbacks”.

Policymakers are alert to this too. In its latest news conference in mid-December, the Swiss central bank noted “signs of overvaluation on the stock and real estate markets in various countries”. It went on: “At the same time, global public and corporate debt is high. These vulnerabilities make the financial markets more susceptible to shocks, particularly large interest rate rises.”

This marks a new phase for financial markets. First, at the start of 2020, came the crisis phase when the pandemic first hit. Then came a period of runaway returns in stocks after central banks flooded the system with stimulus to stop crashing markets from morphing in to an even deeper economic crisis. Soaring inflation was not enough to throw central banks off track, although they did have to consign the assertion that inflation would prove to be “transitory” to the dustbin of monetary history.

Now we have crunch time. Yes, uncertainties persist. Coronavirus clearly still has some nasty tricks up its sleeve. But one thing we do know is that inflation is well above target. Among the more influential central banks, the Bank of England has already responded with a rate rise, not without controversy. In the US, the Federal Reserve has indicated it intends to do the same, several times, next year. The European Central Bank says it plans to halt one of its asset purchase schemes by March.

“It’s going to be a choppy year” as all the stimulus tails off, says David Riley, chief investment strategist at BlueBay Asset Management. “It may be a cliché, but we’re in a world where most assets look expensive by historical standards. The good news is in the price, but we’re going into a global tightening cycle. There’s no valuation cushion.”

Riley adds: “I’m bullish on growth, broadly speaking. China and Covid are clearly tail risks. But I think it’s going to be ‘meh’ when it comes to markets. It’s going to be a hard year for markets to do well, and even harder to pick the right spots.”

Along the way, expect hiccups. In 2021, pullbacks have been very shallow. The S&P 500 index of blue-chip US stocks has dropped more than 2 per cent in a day a grand total of five times all year, despite all the bursts of Covid-19 drama. The emergence of the Omicron variant left barely a mark after a couple of days.

“The recovery phase has ended,” said Norman Villamin, the chief investment officer for the wealth division at Union Bancaire Privée. “We are entering a minicycle now. Admittedly, that means not great returns. I am not too worried about stagflation because investment is up, productivity is up, reshoring is driving corporate spending,” he says. Plus, the green energy revolution demands heavier corporate spending. Villamin expects decent returns of 8 to 10 per cent in 2022 but — and it’s an important but — “with deeper drawdowns”. 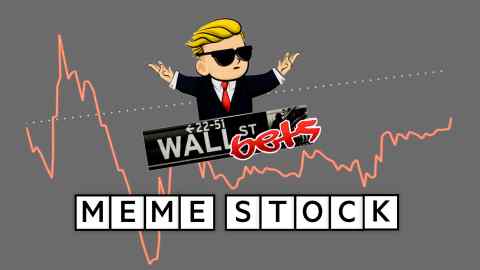 A protracted period lies ahead where the Fed pulls back, waits to see how markets respond, and then potentially scraps plans for immediate further tightening for fear of market wobbles again fanning out into real-world pain.

Equities still make sense for anyone who is not compelled, for whatever regulatory reason, to hold government bonds, which yield next to nothing or indeed less than nothing once inflation is taken into account. But stocks will test investors’ nerves.

“There’s going to be bouts of volatility next year and that requires a little bit of humble pie,” says Kasper Elmgreen, head of equities at Amundi in Dublin. “It’s a bit cheesy to say, but the range of outcomes is quite wide.”