Tycoons square up over Russian rail 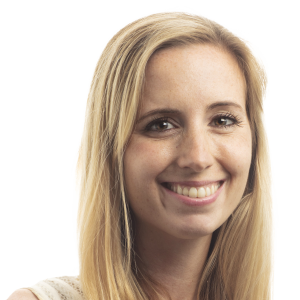 On Friday – two of Russia’s most powerful men will face off in an auction for Freight One, the state rail car operator, with opening bids starting at a whopping $4bn.

On one side is Vladimir Lisin, the steel magnate and Russia’s richest man with an estimated wealth of $24bn, according to Forbes. On the other is Gennady Timochenko, owner of oil trader Gunvor and an ally of Vladimir Putin. (The two co-founded a judo club in St Petersburg together.)

So who will walk away with the prize?

While the results of the closed auction won’t be announced until mid-afternoon on Friday, most industry players are betting that Timchenko will be the highest bidder, a move that would mean big changes for his business empire.

Should Timchenko win he will end up controlling about a quarter of Russia’s rail-freight transportation market.

The highest bidder will get 75 per cent of Freight One, currently controlled by Russian Railways and be responsible for transporting commodities, such as oil products and coal over 86,000 km of railroad track – the second largest railroad nextwork in the world after the US.

Rival industry players are welcoming the Freight One sale saying it will speed up the modernisation and privatisation of the rail sector. Russian Railways executives, they complain, have been dragging their heels on reforms for years.

One industry executive called the auction a “milestone” for the industry, noting it would increase competitiveness, and consequently, efficiency in the market. The sale, he added, would pave the way for the privatisation of other Russian Railways’ subsidiaries.

The executive said both Lisin and Timchenko would serve as good managers of the rail car business and implement the necessary reforms. (The average age of a Freight One rail car is 20 years.)

Yet for Timchenko it will really be a game changer. While Lisin currently has approximately $2bn worth of transportation assets, including sea ports and rail cars, Timchenko’s transportation assets so far have been primarily tied to his coal and oil trading businesses, with the exception of a couple dozen private locomotives.

The Freight One acquisition could see his oil and coal trading businesses get a leg up, if more producers believe that using Timchenko’s trading companies will give them better access to the rail cars.

So keep your ears open on Friday. It is a peek into Russia’s rail reforms and what the state’s privatisation programme may look like.