Of the many poverty-related, tropical diseases that exist, the World Health Organisation has selected 18 as good candidates to be controlled, and in some cases eliminated. Some have painful and stigmatising symptoms, and others leave no visible mark on the people they infect. They are found in environments ranging from the plains of Tibet to the shores of south Pacific islands and can be transmitted by viruses, bacteria or parasites — whether multi-cellular helminths that are visible to the naked eye or microscopic single-celled protozoa. Together, they affect more than a billion of the world’s poorest people and cost developing economies billions of dollars a year.

Dengue
Dengue fever is fast-emerging and prone to pandemics. Up to 100m infections are now estimated to occur annually in more than 100 endemic countries, putting almost half of the world’s population at risk.

The disease is spread by mosquitoes, as is the similar virus chikungunya. Both produce flu-like symptoms, joint pains and rashes, and are potentially fatal. Dengue is most common in Asia and Latin America, while chikungunya, which was first isolated from an outbreak in Tanzania, occurs mainly in Africa and Asia.

Rabies
Domestic dogs are the most common reservoir of the rabies virus: more than 95 per cent of human deaths are caused by dog-mediated rabies. The virus is transmitted in the saliva of rabid animals and generally enters the body via a wound or bite.

There are two forms: furious and paralytic. Furious is the most common form in humans. It causes hyperactivity, hydrophobia, aerophobia, and death by cardio-respiratory arrest within days. Paralytic rabies causes a slow progression from paralysis to coma to death.

Rabies is endemic on all continents except Antarctica. Tens of thousands of deaths result from rabies each year, 95 per cent of them in Asia and Africa.

WHO target: Elimination in Southeast Asia and the western Pacific by 2020

Yaws
Yaws is a chronic skin disease that mainly affects children under 15 (with a peak between six and 10 years). It is the result of a bacterium closely related to the one that causes syphilis and spread by skin contact with an infected person’s lesion. Symptoms begin with a round, hard swelling of the skin that grows to the size of a golf ball and goes on to form ulcers and affect bones and cartilage.

Yaws has been eliminated in many countries, including India in 2006, and is treated with one of two antibiotics: azithromycin or benzathine penicillin. Early detection can avoid disfigurement and disability, which occur in about 10 per cent of cases.

WHO target: Eradication of yaws by 2020

Buruli ulcer
Buruli ulcer is a debilitating skin and soft tissue infection caused by a germ, Mycobacterium ulcerans, related to the one that causes leprosy and tuberculosis. It produces a toxin, mycolactone, which destroys tissue and produces large ulcers, usually on the legs or arms.

Early signs of the disease are a painless swelling. It is not known how the disease spreads but it can be treated with the combined antibiotics rifampicin and streptomycin. Early diagnosis and treatment are the only ways to prevent disability.

WHO target: 70% cases cured with antibiotics in all endemic countries by 2020

Trachoma
The leading infectious cause of blindness in the world, trachoma is spread from person to person through contact with fluid from the eyes or nose, particularly between children and their mothers or by flies. It thrives in crowded living conditions where there are shortages of water and poor sanitation.

Most people are first affected in childhood but repeated infection over years can cause the upper eyelid and eyelashes to turn inwards, resulting in intense pain and scarring of the cornea. This leads to blinding trachoma. Infections can be treated with antibiotics, and corrective surgery can be performed for people in the later stages of the disease.

WHO target: Global elimination of blinding trachoma by 2020

Leprosy
In 1873, in Norway, GH Armauer Hansen discovered M. leprae, the first bacterium to be identified as causing disease in humans. Hansen’s disease is now better known as leprosy, a disease that mainly affects the skin, nerves, upper respiratory tract and eyes. It was once thought to be highly contagious and was treated with mercury, but it is curable with a collection of antibiotics, and early treatment averts most disabilities.

While many countries claim to have eliminated leprosy, clusters of cases remain, especially in poor and remote communities where stigma is still attached to the disease.

WHO target: Global elimination of leprosy by 2020

After being consumed in undercooked pork or beef that contains cysts, larvae can then migrate through the human body. When cysts develop in the brain, symptoms include headaches, blindness, convulsions or epileptic seizures.

Treatment of the disease can include surgery and/or long courses of the drugs praziquantel and albendazole.

WHO target: Scaled-up interventions in selected countries for control and elimination by 2020

Dracunculiasis
Dracunculiasis (better known as guinea-worm disease) is a crippling disease caused by the parasite Dracunculus medinensis, a long, threadlike worm. It is transmitted exclusively when people drink water that has been contaminated with parasite-infected water fleas.

The guinea worm migrates through the body under the skin, causing severe pain, and eventually emerges (usually from the feet), causing an ulcer and fever, nausea and vomiting. Guinea worm is the closest of all the NTDs to being eradicated, with just 25 cases recorded last year.

WHO target: Eradication by 2015 — there are still a few cases

WHO target: 75% of pre-school and school-aged children at risk to be regularly treated by 2020

Foodborne trematodiases
Foodborne trematodiases are a group of infections caused by trematode worms (known as flatworms or flukes). People become infected by eating raw or poorly cooked fish, crustaceans and vegetables that harbour the minute larvae of the parasites. They are estimated to affect more than 56m people throughout the world.

Cases have been reported from more than 70 countries worldwide, but east Asia and South America are the most affected areas. Safe and effective medicines are available to treat this condition.

WHO target:75% of population at risk treated with preventative drugs

Lymphatic filariasis
Lymphatic filariasis, commonly known as elephantiasis, is an infection that is often asymptomatic but, if untreated, can cause severe disability through profound and painful swelling of the arms, legs and genitals. It is transmitted by mosquitoes that carry the larvae of threadlike worms which nest in the human lymphatic system. People of all ages can be infected and symptoms of an infection in childhood can appear much later in life.

An estimated 120m people are infected globally, but treatment with a single dose of two combined drugs each year can protect whole communities from the disease

WHO target: Global elimination by 2020

Onchocerciasis
Tiny blackflies that live by fast-flowing water spread the filarial worms that cause onchocerciasis, known also as river blindness, from person to person. The disease is mostly found in remote villages where inhabitants subsist on farming.

Once inside the body, the larvae of the worms migrate to the skin, eyes and other organs, where they grow into adult worms that can live in the body for up to 15 years. The disease causes skin lesions, severe itching and visual impairment, including permanent blindness, and can shorten life expectancy by up to 15 years. More than 99 per cent of infected people live in 31 countries in sub-Saharan Africa.

WHO target: Elimination in selected countries in Africa by 2020

Schistosomiasis
Thought to affect more than 240m people globally, schistosomiasis, known as bilharzia or snail fever, has been called the most deadly of the neglected tropical diseases by the US Centers for Disease Control and Prevention.

The second most common parasitic disease, after malaria, it is caught through fresh water that contains the larvae of worms known as blood flukes or flatworms. These live in the veins, laying eggs that pass out of the body in urine or faeces and reinfect water sources. In children the disease can cause anaemia, stunting and reduced ability to learn. It can be treated with the drug praziquantel, but regular monitoring is needed to diagnose the disease as it is often asymptomatic.

WHO target: Elimination in the Americas, western Pacific and selected African countries by 2020

Echinococcosis
There are two main forms of echinococcosis in humans: cystic and alveolar. They are both caused by tapeworms that live in the intestines of dogs, foxes and other carnivores, and are transmitted to humans through close contact.

The disease can be prevented by periodic deworming of dogs and improved hygiene in the slaughtering of livestock. Both forms have asymptomatic incubation periods that can last many years until the parasite larvae evolve but, if untreated, they can be fatal. The cystic form is particularly prevalent in north Africa, southern and eastern Europe, Argentina, Siberia and western China.

WHO target: Scaled-up interventions in selected countries for control and elimination by 2020

Chagas disease
Named after the Brazilian epidemiologist Carlos Chagas, who first described it in 1909, Chagas disease, also known as American trypanosomiasis, is a potentially life-threatening illness caused by the parasite Trypanosoma cruzi, which is spread to humans by the triatomine beetle or “kissing bug”. Many people infected show no symptoms during the disease’s initial phases, after which the parasite moves to the muscles of the heart or bowels, where it can cause severe damage to organs.

Though once confined to the Americas, the disease has spread to other continents over the past century as global population movements have increased. There is no vaccine for Chagas disease, although some cases can be treated with the drug benznidazole.

WHO target: Prevent transmission in households in the Americas by 2020

Leishmaniasis
There are three main types of Leishmaniasis: cutaneous (which causes painful lesions), visceral (the most serious form) and mucocutaneous. Most people infected by the leishmania parasite do not develop any symptoms at all, so the term refers to the fact of becoming sick due to an infection and not merely being infected. Nevertheless, it is the second-largest parasitic killer in the world, after malaria. The parasite is transmitted to humans by sandflies.

The cutaneous form is most common in parts of Afghanistan and Syria, and has been spread through the region by the displacement of people in the recent Syrian conflict.

WHO target: Elimination of the visceral form on the Indian subcontinent by 2020

Sleeping sickness
Sleeping sickness (human African trypanosomiasis) is transmitted by the bite of the Glossina, commonly known as the tsetse fly. The name refers to the fact that infected people typically suffer fevers, headaches and joint pains followed by confusion, poor co-ordination, numbness and trouble sleeping. The disease mostly affects poor communities in rural Africa. I

In the 1930s, colonial administrations established programmes to combat the disease, treating millions. By the early 1960s, sleeping sickness had almost been controlled. But the rarity of new cases led to an ebbing of interest and gradually the disease crept back. In recent years, new treatments and diagnostic tools have become available but, untreated, the disease is usually fatal.

WHO target: Global elimination by 2020

In 2016, the WHO added mycetoma, an inflammation of the tissues caused by infection with a fungus or bacteria as the 18th of its prioritised diseases. 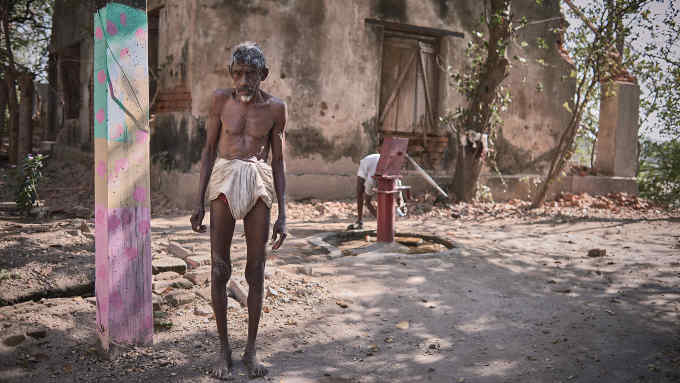