Let’s keep humans at the heart of hiring practices

The next time you apply for a job, how would you feel if the person doing the interview asked to see your Uber rating? It is the number you get from Uber, whose drivers score their passengers from 1 to 5 after drop-off, and a few weeks ago one US boss went on Twitter to say he had made it part of his hiring process.

“If you treat strangers with respect then you will treat customers and co-workers well too,” wrote Vitaliy Katsenelson, chief executive of an investment firm in Denver.

“It seemed like a good idea,” Katsenelson told me last week. He got the idea after noticing that Nassim Nicholas Taleb, author of the 2007 best-seller, The Black Swan, had included his impressive 4.9 Uber rating on his Twitter profile.

As it happened, Katsenelson had been looking for a new operations manager. An Uber score sounded like a smart, unbiased way to see what applicants were really like.

The woman he hired had a 4.89 rating, slightly higher than Katsenelson’s 4.86 and much better than my dismal 4.65, which is worse than it sounds. Some drivers won’t pick up anyone with a score below 4.6. But Katsenelson quickly discovered his Uber plan was flawed. Women told him their scores had dropped after they spurned Uber drivers’ advances. Men who lived in rough neighbourhoods suffered a similar fate after trying to get dropped off nearer their front doors than reluctant drivers wanted to venture.

To his shock, he then learnt his assistant, Barbara, had the lowest score he had ever seen. This did not compute. She was, in his words, an incredibly kind, wonderful person. “I wish I had a whole company of Barbaras”. 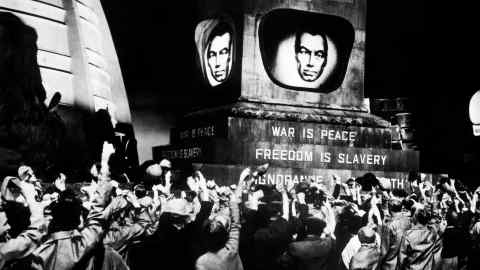 It turned out she hardly took Ubers at all and one time when she had ordered one, there had been some sort of mix-up that meant she never made it into the car.

Katsenelson quickly dumped the idea. “I thought I was so clever, but then I realised it’s not a silver bullet.”

Listening to him talk, I began to wish more companies shared his scepticism about using algorithms to hire people.

The traditional face-to-face job interview, a mainstay of assessing job applicants for at least a century, has morphed into a gruesome tech shadow of itself.

Recruitment is widely outsourced to companies that scour websites for potential hires. Candidates’ online applications are scanned for key words and phrases hirers supposedly want to see. An array of digital tools using voice recognition, body language software and the like are used to allegedly predict good recruits.

I know all this because it has been so well documented by management experts such as the Wharton School’s Professor Peter Cappelli.

We have very little idea if these practices produce good hires. Cappelli reckons only about a third of US companies report that they check to see if their hiring processes secure good workers. So what should they be doing? Give snazzy but unproven tech tools a wide berth. Check past performance and crucially, test for basic skills. It is astonishing how often a business will demand drug tests but ignore the results of skill checks.

Ultimately, hiring outsiders is always going to be fraught. But I think Katsenelson was on to something with a ploy he used a few years ago to recruit an analyst. Determined to find someone who really cared about investment research, not just money, he devised a tediously time-consuming job advert. It asked candidates to list all the books they had read in the past 12 months; talk about the three books — and two people — who had influenced them most; provide a stock idea analysis and write a cover letter to say why not hiring them would be a massive mistake.

About 50 applications came in, only a dozen of which answered each question. But the successful candidate is still with the firm and for Katsenelson, “it worked out great”. This tactic won’t suit every company, or every job. But I bet it does better than the average algorithm.