Get the newsletter now
Europe

Josh Noble in London and Ralph Atkins in Bern

Central bankers from across the world are on standby for the possible fallout from a British vote to leave the EU, as fresh polls showed solid support for an exit.

The Swiss National Bank said on Thursday as it left rates on hold: “Significant risks remain for the global economy. Furthermore, the imminent UK referendum on whether to stay in the European Union may cause uncertainty and turbulence to increase.”

Thomas Jordan, SNB chairman, said that a Leave vote would not be in Switzerland’s interests, and that the bank was ready to take action if it occurred. That could involve taking interest rates deeper into negative territory, or stepped up intervention in foreign exchange markets.

The SNB joined a chorus of concern from global policymakers over the past few days. Earlier, the Bank of Japan said it was closely monitoring events in the UK, with governor Haruhiko Kuroda pointing to uncertainty over next week’s vote when explaining the recent fall in sovereign bond yields and the rise in the yen.

Investors have rushed into government debt in the past few days, just as polls have shown growing support among British voters for leaving the EU. The flight into bonds has pushed borrowing costs down to record lows in many markets, with yields on German 10-year Bunds and 15-year JGBs now in negative territory, and UK Gilt yields at all-time lows.

Falling yields and uncertainty in financial markets have been dragging on bank share prices across Europe, pulling many to multiyear lows on Thursday morning.

A telephone poll conducted by Ipsos Mori for the Evening Standard newspaper, released on Thursday, gave Leave a six-point lead over Remain. The figures are consistent with a number of recent polls that show a surge in support for the Leave campaign, although betting markets still narrowly favour a vote to Remain.

The Swiss and Japanese banks join the European Central Bank and US Federal Reserve in voicing worries over the possible side-effects of a Brexit.

On Wednesday, the Fed chair Janet Yellen said that the risks from the UK voting to leave had been factored in to the decision to hold rates in June.

Earlier this month, Lael Brainard, a member of the Fed’s board of governors, said that a UK vote to leave could cause a “significant adverse reaction” in global markets and undermine the US economic recovery. 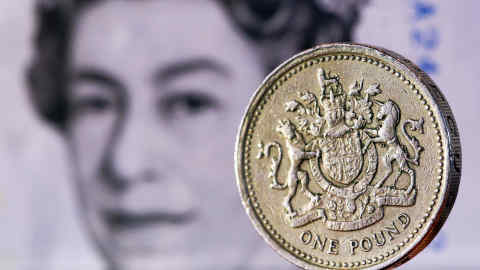 The ECB has also said it stands ready to act with additional liquidity measures if the UK decides to quit the EU. Austrian central bank chief Ewald Nowotny said on Thursday that the ECB had a duty to prepare for “every alternative”.

The BoE has said previously that a vote to leave could cause a recession in the UK, an intervention that has drawn sharp criticism from Leave campaigners, who have questioned its independence.

A recent survey conducted by Bank of America Merrill Lynch showed that Brexit was considered by fund managers to be the number one risk facing the global economy. Investors are currently sitting on the biggest cash pile since 2008, a sign of heightened uncertainty.