How India’s mutual fund industry got knocked for six 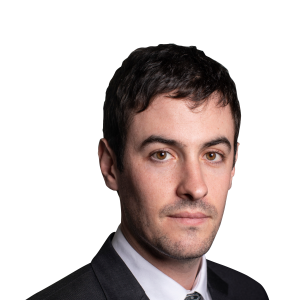 Two young cricketers pause for a water break after a practice session in the nets, only to be approached by legendary batsman Sachin Tendulkar. But the icon is not there to talk about sports. “Before spending [your money], why don’t you think of investing it?” he asks them.

So goes a recent advert sponsored by India’s mutual fund industry, under the slogan “mutual funds are right for you”. Fund managers have enjoyed roaring growth in India over much of the past decade, as people shifted from low-yielding bank accounts in pursuit of higher returns. Total assets under management doubled to Rs27tn ($368bn) in July from five years earlier.

But many investors have learnt the hard way about the risks. In April, US fund management giant Franklin Templeton was forced to freeze and wind down half a dozen high-yielding funds after sharp outflows. The announcement, which trapped about $3bn of investors’ money, sent shockwaves through the industry.

Strains have not eased much since then, as India’s escalating coronavirus crisis and concerns about an overheated stock market prompt investors to become more conservative with their money.

Last month investors pulled Rs39bn out of debt funds, according to the Association of Mutual Funds in India (AMFI). Another Rs40bn left equity funds, marking the first spell of outflows from those schemes in four years. Contributions from investors opting for automatic payments have also dropped to around two-year lows.

The industry’s own mis-steps are partly to blame. Franklin Templeton’s drastic move threw a spotlight on the risks many debt fund managers were taking, lending to shaky companies as they chased ever higher returns.

Following the debacle the Securities and Exchange Board of India (Sebi) issued a statement that implied that Franklin Templeton and other asset managers had disregarded rules designed to protect investors. Sebi accused fund managers of packing funds with “high-risk, unlisted, opaque, bespoke, structured debt securities with low credit ratings”.

Franklin Templeton argued that the incident was an unfortunate consequence of a sharp drop in liquidity after India’s lockdown in March, and suggested some investors had not been fully aware of the potential losses. “People might have felt [the risks] were more theoretical,” Sanjay Sapre, president of the India business, said in April.

But the industry’s efforts to win back investors have been stymied further by India’s fast-deteriorating economic and public health outlook.

Stock prices have risen rapidly since the lockdown was introduced in March, with the Bombay Stock Exchange’s benchmark Sensex index up about 50 per cent from its lows. While this fuelled a boom in retail trading, inflows into equity mutual funds faded before turning negative in July.

Part of this is a result of rebalancing, as investors adjust their portfolios to bag profits from the rally. N Venkatesh, chief executive of the AMFI, told India’s Economic Times this month that inflows may not return until the end of the year.

Others think it will take longer than that, reflecting broader unease about the health of financial markets as India’s Covid-19 caseload appears to spin out of control.

The country is detecting more than 90,000 new infections daily and, with 4.8m infections in total, it is threatening to supplant the US as the world’s most badly affected nation. That has led to a severe economic blow, with many analysts expecting gross domestic product to contract by more than 10 per cent this year.

Ensuing financial strains are forcing many individuals — as well as companies — to raid investment funds for cash to tide them over.

Some see reasons to be bullish on the industry in the long run. Participation in equity and debt markets remains low, with enormous room for growth as financial literacy improves across the country of 1.4bn. The National Stock Exchange says 33m people — about 2.5 per cent of Indians — are registered investors.

A break from the rip-roaring growth of the past few years may therefore prove healthy, giving investors an opportunity to reassess their goals and priorities before returning, said SR Srinivasan, a financial adviser. “Even if there’s a sharp pause in the growth of the industry, that may not be a bad thing,” he said.

For now, though, the tone is clear.

“It’s all conservation mode: everyone wants to preserve capital and cash,” said Rusmik Oza, head of research at Kotak Securities in Mumbai. “There’s uncertainty. People don’t know until when this pandemic is going to continue.”