Hydrogen has been billed as a fuel of the future, with oil and gas companies and governments hailing it as the solution to decarbonising parts of the economy that are not easily electrified.

Yet the fuel has experienced previous false dawns, and energy majors backing hydrogen are having to step up their efforts to explain what role they see it playing, and the sectors it could transform.

Equinor, the Norwegian state-backed energy company, which rebranded from Statoil in 2018, is now mapping out a vision for investors that it believes demonstrates the fuel’s wide range of potential uses. They extend from decarbonising the steel industry to powering the ships that underpin world trade, the group says.

“It boils down to policy and political will,” Rummelhoff says. “We expect to see the hydrogen business and carbon capture and storage to kick off after 2030.”

Green hydrogen, which is made with renewable power, or blue hydrogen, which is produced using natural gas but with the resulting carbon emissions being captured and stored, will go towards replacing hydrogen that is made using less green methods (see box below).

Royal Dutch Shell, for example, recently launched what is billed as the world’s largest hydrogen electrolyser at one of its German refineries — to be powered by offshore wind — to provide a cleaner source of the fuel.

But while such projects should reduce carbon emissions and test how well green hydrogen can be scaled, some are also targeting wider applications for the fuel, beyond industry.

Already, hydrogen is being used in heavier transportation such as buses, where it is seen as a cheaper alternative to battery power.

“When it comes to decarbonisation of transport, the most difficult thing to change is people,” says Jo Bamford, chair of Wrightbus, which is developing hydrogen-powered double-decker buses in the UK.

He argues that a bus can be filled up with liquid hydrogen in roughly the same time it takes to fill up with diesel, while battery powered buses require lengthy charging — which is an issue for bus depots close to city centres where land use is at a premium. The cost of hydrogen, Bamford argues, is less of an issue when competing with heavily taxed transport fuels in countries such as the UK.

“The price you need to get to [for transport] is about £6.30 per kilogramme,” he explains. “On the gas grid, it’s more like £2/kg as you’re competing with [untaxed] natural gas. We’re not quite there yet but I think we can get there quite quickly.”

Using hydrogen to replace gas to power the grid remains one of the big hopes for hydrogen backers.

Equinor is investing in three power plant projects in the UK that will either wholly or in part utilise hydrogen and carbon capture storage. The most ambitious is arguably the Keadby power station that it is developing with UK energy company SSE, which aims to be the first large-scale 100 per cent hydrogen-fuelled power station.

The cost of hydrogen, for now, means that initial plans are for the Keadby plant to increase operations when electricity costs are higher, such as when solar and wind generation is lower or when demand is peaking.

“The idea is to run this in a flexible manner,” says Rummelhoff. “It’s something between a baseload power plant and a ‘peaker’ [power plant].”

The cost of green and blue hydrogen is expected to become more competitive as carbon prices rise, adding an effective penalty to more highly polluting fuels.

Producers also hope that lower-emission products may attract higher prices from companies keen to reduce their carbon footprint. Steel is one industry — highly energy intensive and traditionally polluting — where the concept of “clean steel” produced with hydrogen is gaining traction with customers such as automaker Volvo.

But one of the biggest areas for hydrogen growth could be at sea, using ammonia to store hydrogen and power ships, rather than liquid hydrogen.

Special Report
Hydrogen — Fantasy or fuel of the future? 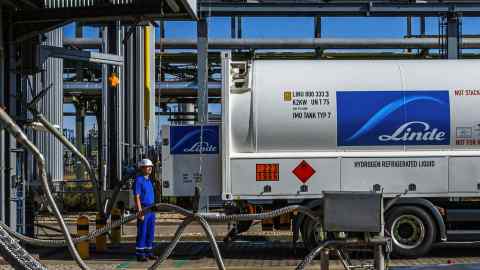 Bjarne Foldager, at Germany’s Man Energy Solutions, says he expects to see ships powered by ammonia within three years. “It is a feasible medium to store, transport and carry large amounts of energy aboard ships,” Foldager says. “Green ammonia is a simple way to transport hydrogen in large quantities. It’s not feasible to do that with hydrogen alone on big transport ships.”

Again, though, it will require companies to take a flexible approach. Rummelhoff says Equinor is trialling one of its own ships with liquid hydrogen, but is also starting to invest in ammonia production.

“Vessels that run on LPG (liquefied petroleum gas) can, in the future, be converted to run on ammonia. Ships should be able to sail for months without having to refuel due to its energy density,” she says. “We’re trying to position ourselves for the future.” 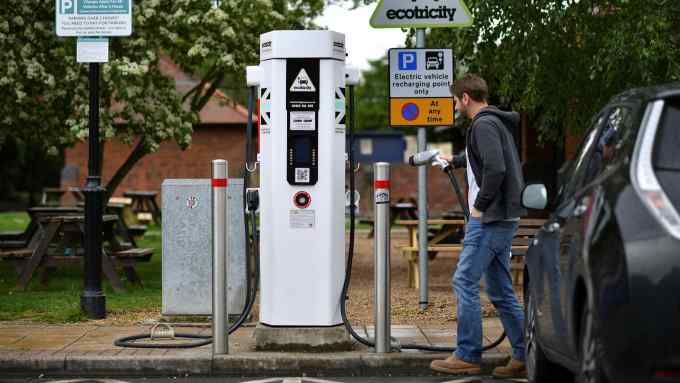