Artificial intelligence and automation are expected to revolutionise the investment industry

Robots are predicted to steal the jobs of millions of workers across the world over the next few years, as technology replaces human shop assistants, teachers, accountants and potentially even taxi drivers.

Artificial intelligence and automation are also expected to revolutionise the investment industry, especially in the area of robo-advice. This is where algorithms are used to suggest funds to investors, replacing some human financial advisers in the process.

Less spoken about is the impact robotics and artificial intelligence could have on the role of the portfolio manager. But commentators believe many fund managers’ jobs could come under threat as developments are made in technology.

“Artificial intelligence can replace stock pickers in many funds,” says Alexey Utkin, who leads the UK financial services practice at DataArt, the technology consultancy. “Why employ hundreds of asset managers, each selecting stocks and implementing investment strategies, when a few programs can do it for you?”

Sudhir Nanda, head of the quantitative management arm at T Rowe Price, the US asset manager, told the FT earlier this year: “Humans aren’t going to be completely replaced [in fund management], but they will be mostly replaced.”

In the UK, the Investment Association, the trade body, estimates there are 6,700 individuals employed in asset allocation and stock selection. If robots replaced just 15 per cent of these, there would be 1,000 fewer staff in fund management roles.

Any shift towards robot stock pickers, which lack the human emotions that can drive portfolio managers to make rash investment decisions, would be a huge change for an industry that sells itself as a “people business”.

Analysts believe it would mean lower costs for investors and larger profits for asset managers, because it would end one of the industry’s biggest expenses: salaries.

This shift away from human fund managers is not some far-flung dream that will happen decades into the future, adds Mr Utkin. “Within the next two years I expect to see more and more examples of AI-led investing. Within the next five years this could very well become the standard,” he says.

Matt Thomas, a partner at KPMG, the professional services firm, agrees: “We could see, in five years’ time, a relatively automatic process [when it comes to fund management], bringing together data analytics, stock picking, quantitative investment decisions and automatic trading.”

Increased competition from robots could not come at a worse time for the active fund industry, which is already facing criticism for poor performance. According to research by S&P Dow Jones, the index provider, almost every actively managed equity fund in Europe that invests in global, emerging and US markets has failed to beat its benchmark over the past decade.

Concerns about performance have prompted some investors to shun active funds in favour of cheaper passive products, where funds track an index, or smart-beta funds, a halfway house between active and passive management.

Robo-advice
Robot or human: which is the best wealth manager? 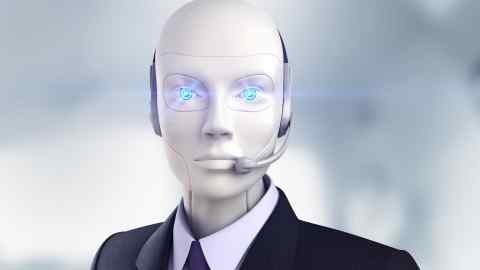 Active managers are now grappling with how to respond to this change. Michelle Seitz, head of William Blair Investment Management, the $64bn US fund house, says robots could “partially” replace portfolio managers.

Parts of the fund industry have a history of embracing technology. In a quantitative, or quant, fund, investment houses build computer-based models to determine whether an investment is attractive or not.

In some cases, the computer also makes the final decision on buying or selling a stock, in the belief that if technology can beat world champion chess players, it should also be able to beat the market.

In recent months, this thesis has been proved in some quant hedge funds, which have outperformed their highly paid human counterparts during volatile markets.

Fund managers have also started to incorporate big-data analytics, the analysis of vast amounts of data by computers, into their investment processes. The hope is this will allow them to discover information about potential investment opportunities.

It seems likely that humans will face much tougher competition from machines, which can both source investment ideas from big data and decide when to make investment decisions without emotional interference.

The shift towards artificial intelligence is expected to have a mixed impact on asset managers. Dean Ungar, senior analyst at Moody’s, the rating agency, says: “Getting rid of staff would be a plus for profit margins, but offset by fee compression.”

Ben Phillips, a partner at Casey Quirk, the consultancy, adds that while humans will still be necessary to monitor and program automated technology, far fewer individuals will be needed to oversee each fund.

Instead of having two portfolio managers on a single fund, for instance, one individual could oversee 10 funds. “The scalability is much higher. These portfolio managers [that are backed by artificial intelligence] can run a lot more money,” he says. 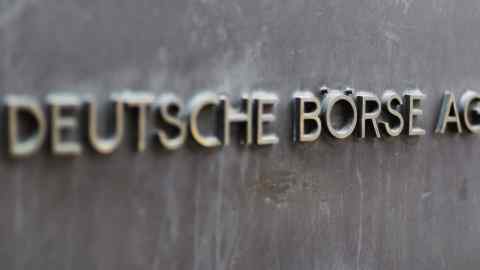 But building strong artificial intelligence technology is expensive. Mr Utkin says: “With the relatively high cost of running and advancing AI, we may see certain players losing the competition and disappearing.”

Active managers are now weighing up how they can use the technology to their advantage. Kai Sotorp, chief executive of Manulife Asset Management, which oversees $325bn, says the Canadian company is looking “very carefully” at how it can use technology, especially big data analytics, within its investment funds.

But he believes humans will continue to play an important role in active fund management. “It doesn’t matter what is out there. Judgment, skill and expertise is always going to be necessary and I don’t think you can put all that into an artificial intelligence solution,” he says.

“You can definitely gain tremendous benefit from artificial intelligence and its development. That will be complementary with active managers. I don’t think one necessary replaces the other.”

Mr Ungar agrees: “Humans add experience. Artificial intelligence clearly is going to be incorporated more and more into [fund managers’] decision processes. But at the same time, humans still have experience, judgment and creativity that may not exist within the AI world.”

The fund managers who closely follow their benchmarks are most at risk of losing out to robots, according to Mr Philips.

Joe Sullivan, chief executive of Legg Mason, the US fund house, agrees: “There is not a simple answer to whether technology will replace human capabilities. If individuals perform, they will get good flows [from investors]. If they don’t, they will lose.”

When investment funds rely on machines, things go wrong. Or at least that is the premise behind Robert Harris’s novel, The Fear Index.

In the 2011 book, a hedge fund creates a system called VIXAL-4, which uses artificial intelligence to trade on fear. It anticipates flights from stocks before human traders retreat.

But then the machine appears to move beyond the control of its human creators, wreaking havoc in the process.

The risks of artificial intelligence within finance might not be as great as that espoused by The Fear Index, but that does not mean there are not concerns about the increasing use of machines in investment management.

Alexey Utkin, financial services practice lead for the UK at DataArt, the technology consultancy, says the growth of artificial intelligence in investment products brings both rewards and risks for investors.

“It may change the market structure, bringing more centralisation and other systemic risks, leading to greater volatility,” says Mr Utkin.

He gives the example of currency trading, where rather than hundreds of foreign exchange traders selecting which currencies to trade and at what price, a few algorithms could dominate the market in future.

“This kind of centralisation within markets often leads to greater risk and higher volatility,” he says.