We’ll send you a myFT Daily Digest email rounding up the latest LVMH news every morning.

Luxury giant LVMH has teamed up with Jay-Z to expand the champagne house he owns in a bet that the maker of Veuve Clicquot and Krug can help the rapper’s high-end bubbly Armand de Brignac go global.

The 51-year-old musician and entrepreneur announced on Monday that he had sold half of his champagne company to Moët Hennessy for an undisclosed price.

The deal caps a successful run for the rapper with Armand de Brignac, who touted its “gold bottles of that Ace of Spade” in a 2006 music video before acquiring the company in 2014. Through savvy marketing tinged with hip-hop glitz, the brand grew to sell 500,000 bottles in 2019, which are usually priced from $300 to $950 with specially made vintages costing $100,000.

Jay-Z, whose given name is Shawn Carter, said Moët Hennessy was the “natural partner” to take Armand de Brignac to “the next level of taste and distribution”.

“We want the brand to outlast all of us,” said the 22-time Grammy winner in an interview over Zoom from his California home.

The tie-up is the latest in a string of deals between celebrities and spirits and wine companies eager to exploit the higher-priced, “prestige” end of the market. Diageo bought Canadian actor Ryan Reynolds’ minority-owned Aviation Gin brand and three other spirits for $610m last year, and in 2017 it bought George Clooney’s Casamigos tequila for $1bn.

Jay-Z disputed the idea that Armand de Brignac was a “celebrity-helmed brand”, saying the company had patiently built its fan base through word of mouth, brand ambassadors, and social media. “If this was a celebrity brand, I’d have been on billboards,” he said. “We don’t cut corners or lean on fame to sell the product. We’ve built it through passion and integrity.”

For LVMH, the partnership with Jay-Z is another example of how the group controlled by billionaire Bernard Arnault is searching for ways to expand the audience for luxury goods from Louis Vuitton handbags to premium Hennessy cognac. It recently stepped back from a partnership with pop star Rihanna on ready-to-wear clothing, but will continue to back her cosmetics and lingerie lines.

Philippe Schaus, chief executive of Moët Hennessy, said Jay-Z’s champagne brand could still grow further without losing its exclusive edge. “In the coming years, we can increase the volumes given Moët Hennessy’s 1,600 hectares of vineyards to supply grapes in the Champagne region.” 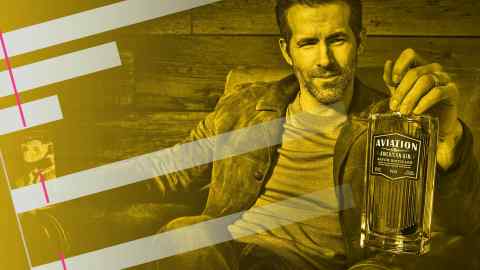 Schaus said Jay-Z’s involvement had helped broaden the appeal of champagne. “They have disrupted the category and opened it up to a new market,” he added.

The agreement comes as champagne sales contracted sharply last year after Covid-19 shut down nightclubs and restaurants globally. Volumes were down 18 per cent to 245m bottles in 2020, while revenue contracted almost a quarter to €4bn, according to the trade group, Comité interprofessionnel du vin de Champagne.