Who's afraid of Ai Weiwei? The Chinese dissident artist on what makes a powerful protest

The Chinese dissident artist on what makes a powerful protest 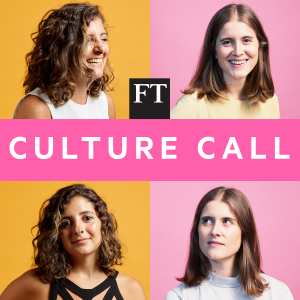 After a summer defined by protest, we invite on Ai Weiwei, one of the most influential artists and activists of our time, to discuss whether we've changed. Weiwei describes how to protest creatively and powerfully ("you only see your power from your enemy's eye"), the symbolic meaning of this pandemic, and his view on the state of humanity. Plus: FT arts editor Jan Dalley joins Lilah to unpack the conversation and consider where art is going.

Links from the episode:

—Watch Coronation, Ai Weiwei's most recent documentary, which compiled secret footage of Wuhan during the peak of the Covid crisis, on Vimeo

—Jan Dalley's review of the art world in the 2010s

Clip credit: AT SEA consists of footage filmed by Ai Weiwei during the making of “Human Flow” in 2016. Since 2015, hundreds of thousands of refugees have attempted the dangerous sea journey trying to reach Europe. Alongside these scenes are shots of physical barriers erected across Europe, the cold response to the plea for safety and shelter from the world’s most vulnerable. Video edited by: Autumn Rin Quotes: The border is not in Lesbos, it is in our minds and in our hearts. – Ai Weiwei, Chinese artist (b. 1957) Music Credit: Karsten Fundal