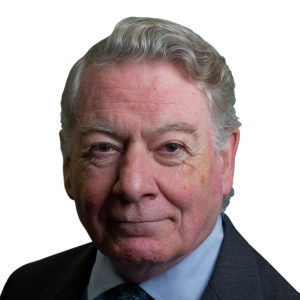 The International Monetary Fund’s Global Financial Stability Report is not a document to which people turn naturally for a cheery post-crisis view of where markets are going. Predictably enough, the latest report calls for increased vigilance. Yet a determined optimist might argue that it is in one important respect rather positive.

Since the last report in April the focus of risk has shifted because investors’ increased risk appetite and the search for yield have pushed up market and liquidity risk, while credit risk in the global financial system has actually declined, reflecting favourable funding conditions and improved asset quality in banking. So if today’s bloated asset markets fall out of bed in a big way the risk of a global systemic crisis should not be an overwhelming concern because the investment risk would be borne largely by investors, not banks.

Praise be, I hear you say. But sadly, this apparently logical proposition is flawed because of changes in the structure of markets. Exhibit number one is the growing importance of mutual funds and exchange traded funds as suppliers of credit. This has been beneficial in causing spreads to narrow. The IMF authors point out, for example, that in the US high yield bond market there is a statistically significant relationship between net inflows into mutual funds and measures of the bid-ask spread.

Yet these inflows create an illusion of liquidity. The change in market structure has actually led to lower trading volumes, smaller trading size, a smaller share of large trades and less frequent trading of many securities in less liquid fixed income markets such as corporate bonds.

Greybeards with long experience of credit markets expect this structural deterioration in liquidity to become apparent at the first sign of serious stress. The underperformance of junk bonds against US Treasuries since the summer does not, incidentally, count as serious. But something nastier will in due course materialise because it always does.

Speculative mania, fraud, or merely overpriced assets: the FT examines the nature of bubbles, and delves into some of the more frothy areas of the market

When that happens, already thin secondary markets will dry up. A mismatch will be exposed between the redemption terms offered by investment funds and the liquidity of the underlying assets. The concentration of assets in the hands of a small number of managers could amplify the shock. The feedback loop between negative fund performance and outflows from the sector could in turn lead to runs on funds. The damage would be particularly acute in illiquid parts of the market where daily valuations are based on matrix pricing that relies on algorithms and fair-weather assumptions.

Since the crisis, banks have substantially reduced their market making activities and dealer inventories in response to regulation. So the ability of asset managers to liquidate a credit fund has been severely impaired. And the banks will be unable to escape the fallout from a liquidity seize up because mutual funds and ETFs are now highly interconnected with the rest of the financial system. The banks’ bond portfolios would also be directly affected.

In this brave new world where credit markets are hostage to redemption-prone investors and amplifying shocks, the monetary policy exit from the central banks’ unconventional measures becomes more than a little interesting, especially at a time of rising geopolitical risk. The possibility of significant bouts of extreme volatility cannot be ruled out. The age old pattern of rising term premiums and widening credit spreads would once again be played out as markets were forced to acknowledge that risk had been underpriced.

This is tricky territory for the banks. On the one hand, their capital and liquidity has improved far more than many expected two or three years ago. Yet the risk of a bumpy monetary policy exit raises questions about whether enough has been done to recapitalise the sector, especially in the light of its poor profitability.

Bloomberg has estimated that the cost of equity of 300 large banks was 13 per cent at the end of March, which is 5 percentage points higher than its 2000-05 average. The IMF authors reckon that the return on equity at banks accounting for 80 per cent of total assets of the largest institutions is lower than the cost of capital demanded by shareholders. This return on equity gap casts doubt on their ability to build up capital buffers to address the next crisis.

I do not believe that a blow-up is imminent, but further balance sheet strengthening is in order.

The writer is an FT columnist