We’ll send you a myFT Daily Digest email rounding up the latest US inflation news every morning.

The writer is chief economist at UBS Global Wealth Management

In the world’s financial markets, US Federal Reserve chair Jay Powell is increasingly cast in the role of playground bully — looming over the prostrate form of the global economy and chanting “hike, hike, hike” with malicious glee. US policy rates are rising relentlessly.

However, Powell’s public remarks offer little insight into how he expects higher rates to tame inflation. The omission matters as the current policy tightening will have an impact through an unusual route. That is because today’s price inflation is more a product of profits than wages.

Broad-based inflation is normally a labour-cost problem. The rule of thumb is that labour costs are around 70 per cent of the price of a developed economy’s consumer prices. If wage increases are not offset by greater efficiency or reductions in other costs, the consumer will pay a higher price for the labour they are consuming. With normal inflation, central banks would need to create spare capacity in labour markets to push wages lower.

Wages have been rising but prices have been rising faster, so real wage growth is catastrophically negative. This is far removed from the 1970s-style wage price spiral; apart from the wage and price control debacle of Richard Nixon’s presidency, US real average earnings rose for much of the decade.

The US restaurant and hotel sector helps explain why wage costs have played a limited role in today’s inflation. Since the end of 2019, the average earnings of a worker in this sector have risen just under 20 per cent. But the number of employees has fallen over 5 per cent. Paying fewer people more money means that the sector’s wage bill has risen roughly 13 per cent. The real output of the sector has risen 7 per cent. So US restaurants and hotels are paying fewer people more money to work harder. The rise in wage costs adjusted for productivity since the end of 2019 is somewhere between 5 and 6 per cent. Restaurant and hotel prices have risen 16 per cent.

This is the current inflation story. Companies have passed higher costs on to customers. But they have also taken advantage of circumstances to expand profit margins. The broadening of inflation beyond commodity prices is more profit margin expansion than wage cost pressures.

How is this happening? Two forces have combined. Despite negative real wages, consumers have carried on consuming. Strong post-pandemic household balance sheets have allowed lower savings and increased borrowing to offset the sorry state of real wages. The resulting resilience in demand has given companies the confidence to raise prices faster than costs.

In addition, the power of storytelling has conditioned consumers to accept price rises. Imagine a story about a farmer who takes wheat to the windmill, where it is ground into flour, and then baked into bread. In that fantasy world, a rise in the cost of wheat of say 22 per cent might be used to justify a 15 per cent rise in the price of bread. 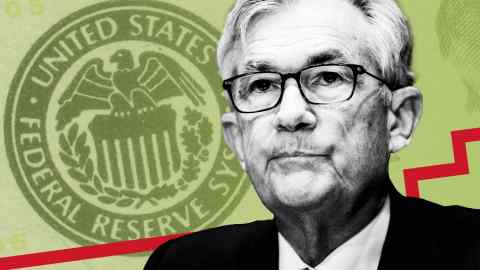 An economist might splutter incoherently over their morning toast, and point out that only 10 to 15 per cent of the price of bread is attributable to the cost of wheat — the cost of food in developed economies is not about food at all; it is labour costs. But the narrative might seem plausible to many a consumer.

And consumers seem to be buying stories that seem to justify price increases, but which really serve as cover for profit margin expansion. Indeed, the soundbite economics of the Twitter era helps this process along.

But any softening of demand — for instance through slowing the leverage of household balance sheets — would also affect pricing power. The slowing demand for consumer durable goods this year turned the fastest ever inflation in prices for those products into the most dramatic deflation since data started being collected on them in the 1950s.

So the prices that drove the early 2021 inflation story were transitory after all. By understanding that, the narrative used to justify today’s higher prices could also be attacked. Social media memes work both ways; a narrative of “rip-off Britain” and intense media focus in the UK in 2010 may have damped inflation at that time. Ending Fed chair Powell’s sphinx-like silence on what higher rates are supposed to achieve could help turn around the inflation story.