Overdone it over Christmas? Employers step in

When staff come to work at Nomura’s London headquarters this week, they will find “lean, mean” dishes on offer in the canteen, advice from a nutritionist on healthy eating and hydration, and mood-boosting foods.

“We have developed a healthy blueprint and our big drive in January is nutrition,” says Ian Edwards, the bank’s programme director of health and wellbeing. “We call it Blue Monday for mental resilience.”

The company is not alone. At BP, employees will arrive to “Bright Blue Monday” day, with discounts on healthier food, gym membership promotions and encouragements to join the oil group’s “run-a-muck” annual fitness challenge with staff around the world.

“We are using one of the darkest days [of the year] to consider opportunities for change,” says Richard Heron, vice-president for health and chief medical officer, referring to the third Monday in January which has been identified by some mental health professionals as the most depressing day of the year.

The initiatives capitalise on employees’ widespread adoption, following Christmas excesses, of New Year’s resolutions and are backed by a growing recognition among employers that workplace programmes can support a healthier and more productive workforce.

But while early January might be the prime time for promotion of the latest faddish diet or gym membership to the guilty over-indulgers of the festive period, there are questions about how effective the measures prove in practice. 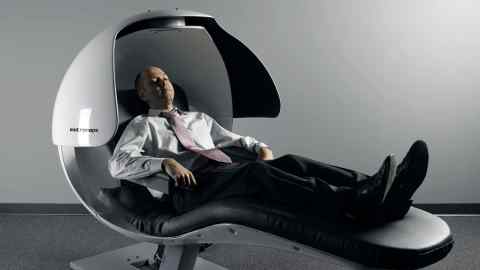 There is no doubt that many people could do much to change their lifestyles, improving their own wellbeing and longevity and easing long-term pressures on health services. A recent survey by Public Health England, a UK government agency, suggests that eight out of 10 people aged 40-60 either weigh too much, drink too much or do not exercise enough.

Yet there are at least three concerns with the early January surge in good intentions. The first is the evidence, contradictory at best, around many of the approaches — from radical diets to gimmicky health apps — which can be based on questionable science and have not been proven to succeed.

The second is that some measures — such as gym membership — appeal most to those who are already motivated to take part, and less to those who most need support.

The third issue is sustainability. Snap resolutions made just after a period of indulgence risk rapidly being broken. To their critics, the very business model of gyms relies on clients paying for a year’s membership but showing up less and less frequently — even in the weeks that follow.

As Kevin Fenton, director of health and wellbeing at Public Health England, has suggested: “Rather than attempting a punishing detox or buying the latest diet book, the message from PHE is to make simple changes to improve your health both now and for the future.”

He advises “chunking”, or breaking down ambitious goals into smaller achievable tasks rather than an “all or nothing” approach that is more likely to fail: from 10-minute physical activity sessions to swapping sugary for healthier snacks.

“Fresh start” resolutions can take place at different times of the year rather than just January. There are also indications that involving family and co-workers in activities can help reduce the risks of broken resolutions. 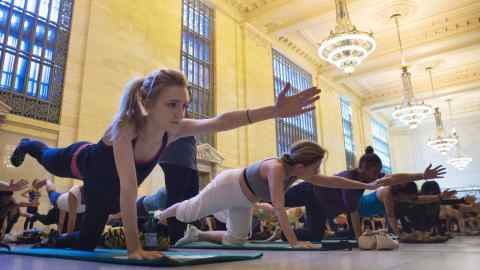 That is where the workplace can play a growing role. Prof Theresa Marteau, director of the Behaviour and Health Research Unit at Cambridge university, says: “Initiatives based on changing environments would likely be more effective and enduring than those based solely on motivating individuals to change their behaviour.”

She points to the importance of reducing unhealthy foods in staff canteens, for instance, as well as the adoption of adjustable stand-sit desks and “walking” or “standing” meetings rather than classic sit-down ones.

She also stresses the “signalling effect” to encourage others, notably in hospitals, where accelerated efforts to improve the healthiness of food and drink could help staff, patients and visitors alike.

Such measures are reflected in many workplace health programmes. At Nomura, Ian Edwards says that his company finalised this year’s initiatives in December. After a “softer sell” this month, it will accelerate efforts to promote good practices in February, when the initial enthusiasm starts to lull.

“We don’t push too hard in January because most people have the drive to do things anyway, and they feel they should do something,” he says. “We help them when they start flagging with a February burn.”

Mr Edwards has no doubt of the value of his programmes, which will also include “health MOTs” or check-ups, free gym classes, talks on coping with financial burdens and testing for carbon monoxide for those cycling and walking to work.

That includes lower claims on its private medical insurance from staff who fell ill and reduced “presenteeism” among those attending work but not feeling productive — a cost which it estimates fell £3m to £19m during 2016.

That may seem a little removed from the daily priorities of employees. But for those already recovered from the worst excesses of the Christmas meal, there are low-fat turkey meatballs on the Nomuracanteen menu this week to nudge them in the right direction.