Derek Brower in New York and David Sheppard in London

A cut in oil supply to prop up prices is among the Opec+ cartel’s options on Monday as Saudi Arabia and other producers meet in the face of soaring inflation that has threatened to tip the global economy into recession.

The possibility of new cuts comes less than six weeks after US president Joe Biden met Crown Prince Mohammed bin Salman in Jeddah and said he expected the kingdom to take “further steps” to raise oil production “in the coming weeks”.

With congressional midterm elections just two months away, the Biden administration has welcomed a fall in crude prices in recent weeks as it battles to push down high fuel prices that have fanned decades-high inflation, and prompted central banks to begin raising interest rates.

But the 11 per cent drop in oil prices last week has prompted a clamour from some Opec+ members to reverse policy after months of supply increases. International benchmark Brent rose by 1 per cent in early Monday trading in Asia to $94.41 a barrel.

The Opec meeting comes as the energy crisis deepens in Europe, where Sweden’s government over the weekend warned of financial risks stemming from the spike in fuel prices on the continent.

People briefed on Saudi oil thinking said the kingdom, Opec+’s de facto leader, had not yet made a decision to change tack, but energy minister Abdulaziz bin Salman was under pressure from the crown prince — his half brother — to keep prices near $100 a barrel.

Abdulaziz said recently that while “volatility and thin liquidity [was] sending erroneous signals” to oil markets, Opec+ had the means to deal with the problem, “including cutting production at any time”.

“Opec would prefer to hold policy steady,” said analysts at consultancy Energy Aspects, “but the market may force the producers to announce a cut”.

“Price volatility, a bearish market narrative, and news of more Covid lockdowns in China are a cause for concern right now,” said Amrita Sen, the consultancy’s head of research. “That’s why all options are back on the table.”

The recent oil sell-off has left prices trading lower than before Russia’s invasion of Ukraine that triggered a rally that took prices in March close to a record high. The US and other countries responded by releasing oil from emergency stockpiles and called on Saudi Arabia to increase output.

The US on Friday secured backing from other G7 countries for a plan to impose a price cap on Russian crude exports, a move designed to prevent an oil-price surge later this year when European sanctions on Russia tighten.

Christyan Malek, an analyst at JPMorgan, said Opec+ was examining three options to take effect in October — sticking with existing production quotas, announcing an “intention to cut” production from next month pending new supply and demand data, or immediately agreeing a cut for October.

Cuts would also allow the group to preserve “firepower” in the form of extra capacity in case of a significant drop in Russian output later this year, or in case unrest in Iraq disrupts its production, Malek suggested.

But a range of complicating factors may give the kingdom pause, said people briefed on the discussions.

“Abdulaziz has a clear track record of backing words with action,” said Helima Croft, head of global commodity strategy at RBC Capital Markets. But while Opec+ had “laid the ground for another policy pivot”, she thought the group would stick with current policy. 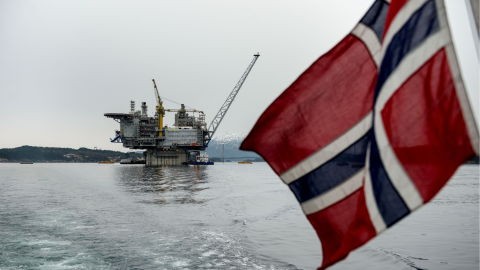 While the possibility of a steep fall in Russian oil output and more turmoil in Iraq and Libya are putting upwards pressure on oil prices, the possible Iran deal that could allow Tehran to export more oil and fears of recession are weighing on the market — and on Saudi strategy, said people familiar with the kingdom’s thinking.

“Unprecedented two-way risks may argue for holding steady, but Riyadh has clearly warned against the crude market overshooting to the downside, a signal it may backstop with a cut,” said Bob McNally, a former adviser to the George W Bush White House and now head of Rapidan Energy Group.

“The goldilocks band for Saudi has moved up to around $100 a barrel,” said Raad Alkadiri, a managing director at Eurasia Group. He expected Opec to stick with current policy on Monday, but suggested the kingdom’s willingness to consider cutting supply just weeks after Biden’s Jeddah visit was a “sign of growing independence from the US”.