The wealthy should welcome an opportunity to reduce inequality 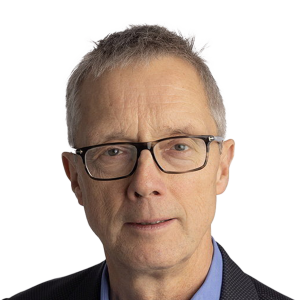 Except in the sense that we are all mortal, there is little about death that removes the differences between people, especially between rich and poor.

The pandemic is no exception. With large houses, holiday homes, and mountain retreats, the wealthy have plenty of options for lockdown. Those with yachts have even greater ability to self-isolate. Poorer people have less space, less choice, and even less access to sunshine. They may lack the money to sit out the storm.

While it is true that fighting a viral pandemic requires self-discipline from all of us, the sacrifices required of the wealthy are modest. The heavier burden falls on the poor. To say that we are all in this together is accurate only in the sense that generals and foot soldiers fighting a war are also in it together.

Donald Trump has put his finger on it. When he was asked why well-known people were getting tested for coronavirus before others, the US president said: “Perhaps that’s been the story of life.”

Should the rich care? The question is as old as humanity. The moral case is clear. The right to life is the most fundamental of all rights, so those with the means to protect themselves should be helping others. And many wealthy people are doing just that, giving money to fight the pandemic, among them entrepreneurs as different as Alibaba founder Jack Ma and Microsoft billionaire Bill Gates.

But as well as morality, self-interest speaks for taking serious notice of the rich-poor divide. First, the pandemic can strike anybody and spread anywhere. So, while I cannot be hurt by another’s diabetes or heart disease, I can catch somebody else’s Covid-19.

Next, while the wealthy can manage the lockdown better than most, it puts serious constraints on lives — limiting travel, work, study and play. For young people in particular, the lost opportunities matter, including for rich youngsters.

Also, the crisis has highlighted how dependent even the wealthy are on low-income workers, including in healthcare, postal services, security and waste disposal. Only the ultra-rich have the option of literally sailing off into the sunset, such as American billionaire David Geffen who posted a photo on Instagram — later removed — of his $590m yacht, saying that he was “isolated in the Grenadines avoiding the virus”.

Finally, economic recovery, when it comes, will depend on the rapid return to work of hundreds of millions of workers. The owners of capital cannot function properly without them. It is in the interest of even the most hard-nosed plutocrat that the staff are healthy: people who have struggled to cope with the lockdown will not make a well-motivated workforce.

All this raises the uncomfortable question of inequality. The US went into the crisis with the biggest divide between rich and not-rich in a century, with today’s billionaires as extreme in their wealth as their counterparts in the age of oil baron John D Rockefeller. The gaps are almost as glaring in Europe and Asia.

Rich entrepreneurs have profited disproportionately from both globalisation and the internet revolution. To be fair, they have created new industries with millions of new jobs and delivered previously unimaginable new services to billions of consumers.

But, even before the pandemic, it was becoming obvious that those who have been left behind by these profound economic changes were suffering from inequality. Not only their livelihoods but their health was impaired. Economists Angus Deaton and Anne Case found in a powerful study that poor young Americans were dying from what they called “the diseases of despair”.

As Trump, in effect, pointed out, Covid-19 has highlighted an inequality that was already there.

In The Great Leveler, a 2017 book on inequality, historian Walter Scheidel concluded that modern societies are prone to generate high levels of inequality that are reversed only through catastrophes such as war or plague.

He said then that such shocks are “gone for now, and unlikely to return any time soon. This casts doubt on the feasibility of future levelling.”

Writing this year in The New York Times, Scheidel argues that the Covid-19 pandemic does not compare in scale with the biggest upheavals of the past, such as the medieval Black Death, which wiped out 30-50 per cent of Europe’s population.

But he still sees an opportunity for “progressive change” — reforms that would ultimately reduce inequalities — “unless entrenched interests prove to be too powerful to be defeated”.

Clearly, the rich are often supporters of entrenched interests, as they tend to benefit from the status quo. But in the light of the pandemic, they should ask themselves how sustainable that status quo really is.