Why obituaries for the bull market in bonds might be premature 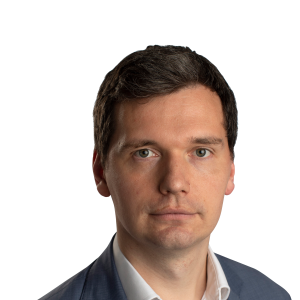 The 35-year bull market in bonds has survived more than its fair share of premature obituaries. As Wall Street braces itself for a fixed income sell-off next year, do not bet against it repeating the trick.

The consensus that higher bond yields are on the way is striking. A net 76 per cent of fund managers surveyed recently by Bank of America expect a steeper yield curve of long-term rates rising above those for short-term debt. It was the highest level in the survey’s history.

In a world where short-term interest rates are likely to be stuck close to zero for some time, a bet on a rising bond yield curve is effectively a wager against longer-term bonds.

The case for a sell-off has an optimistic and a pessimistic variant. In the former, growth is set to surge as Covid-19 vaccination programmes allow economies to reopen in 2021. Along with an accompanying rise in inflation — which erodes the value of bonds’ fixed interest payment — that encourages investors to switch out of low-yielding debt and into riskier assets. All the while, governments continue to issue vast quantities of new debt to fund their yawning deficits, driving down bond prices and pushing up yields.

The gloomier version has inflation returning even if the vigorous economic rebound does not. In this scenario, central banks would be forced to consider reining in their vast bond purchase programmes in a bid to keep prices under control.

The first problem with these narratives is they are too US-centric. The US Treasury market has already begun to price them in. The 10-year Treasury yield has climbed to 0.95 per cent, from just above 0.5 per cent in August, partly on hopes for further fiscal stimulus, further increasing the supply of bonds. Inflation expectations have also rebounded sharply from the lows they touched at the height of the coronavirus crisis. But even the world’s largest bond market does not function in isolation.

“The market for rates is a global market,” said Robert Tipp, chief investment strategist at PGIM Fixed Income and a sceptic about the case for higher US yields. “People think the US is the central market, but look around and it’s on the fringes. It’s a low rate world, and Treasury yields already look too high.”

Other major bond markets have largely shrugged off the recent rise in US yields. Inflation may be flickering across the Federal Reserve’s radar screen, but it is nowhere to be seen in Japan or the eurozone.

The Japanese central bank already has a policy of using purchases to pin borrowing costs at a pre-determined level — so-called yield curve control. The European Central Bank also has promised to buy as much government debt as it needs to in order to preserve “favourable financing conditions” — in the much-repeated words of Christine Lagarde, the bank’s president. That sounds to many investors like much the same thing as the Japanese policy, minus the explicit yield target. Germany’s 10-year borrowing cost stands at minus 0.58 per cent, lower than the levels seen in the summer.

“You can’t get the US curve steepening materially in relation to Europe,” said Steven Oh, global head of credit and fixed income at PineBridge Investments, who argues that the bulk of the Treasury sell-off is already in the rear-view mirror. “The ECB is not going to allow European rates to go up much at all. If the gap opens much further, European investors will start buying Treasuries. It keeps a cap on how high [US] yields can go.”

To be sure, the consensus is not calling for a dramatic further rise in yields. Analysts have pencilled in a 10-year Treasury yield of roughly 1.25 per cent by the end of 2021 and 1.5 per cent a year after that, according to investment banks forecasts compiled by Bloomberg.

Even that may be a stretch, unless inflation really does return with a vengeance. Bond issuance alone is unlikely to push up rates: there is little short-term correlation between government borrowing and yield levels. The three-and-a-half decades of falling rates have coincided with steadily increasing government debt.

A rise in monthly inflation figures is all but certain in the spring. Bear in mind that year-on-year rates will be measured against a period when demand was cratering and oil prices briefly turned negative. But the burden of proof is on those who say there will be a prolonged bout of inflationary pressure. The world before the pandemic was certainly not one of surging prices. The Fed cut rates in 2019 in a bid to generate inflation while the ECB restarted its bond-buying efforts.

Mr Tipp argues that the long term forces weighing down on inflation, such as ageing populations and the sensitivity of debt-laden economies to even a small rise in rates, will remain in place even if Covid-19 has been vanquished.

“We are not going back to Shangri-La,” he said. “Remember in 2019 the Fed was scratching its head about how to get inflation up. It’s a very bond market positive environment.”

If he is right, the great bond bull market will have life in it yet.