This article was originally published as part of the ‘Negative Yields’ series on 13 August 2019.

Making an investment that is guaranteed to lose money sounds like something that would cost you your job. But in bond markets, it has become a fact of life.

Bonds worth $15tn — roughly a quarter of the debt issued by governments and companies around the world — are currently trading with negative yields. That means prices are so high that investors are certain to get back less than they paid, via interest and principal, if they hold the bond to maturity. They are, in effect, paying someone to look after their money.

The spread of negative-yielding debt has raised profound questions about the extraordinary lengths central banks have gone to in a bid to revive the economy over the past decade. At the same time, bond markets’ journey through the looking glass has befuddled many investors.

“Free money — it’s sort of an insane concept,” said David Hoffman, a bond portfolio manager at Brandywine Global in Philadelphia. “Having grown up in a very different world it’s challenging to navigate this.”

Negative interest rates first appeared in Japanese money markets two decades ago. Since the financial crisis, they have engulfed government bond markets in Japan, Sweden, Switzerland, Denmark and the eurozone — all economies grappling with low inflation where the central bank has set interest rates below zero. Investors thirsty for yield have been forced to look elsewhere, ensuring the spread of sub-zero yields and dragging down borrowing costs everywhere.

As a result, oddities now abound. Danish lender Jyske Bank last week issued a 10-year mortgage bond at an interest rate of minus 0.5 per cent, meaning homeowners are being paid to borrow. Meanwhile, Swiss bank UBS is planning to charge its super-rich clients for holding on to cash.

Even large chunks of corporate bond markets now trade at sub-zero yields, including parts of the junk bond market (making a mockery of its “high yield” label). Emerging markets have not been immune either. Bonds issued by Poland, the Czech Republic and Hungary have joined the club.

Investors are now eyeing what could become the negative yield revolution’s next frontier — the biggest bond market of all.

“When the world economy next goes into hibernation, US Treasuries — the ultimate safe haven apart from gold — are unlikely to be an exception,” said Joachim Fels, global economic adviser at Pimco, the bond investing giant based in Newport Beach, California. “And if the trade war keeps escalating, we may get there faster than you think.”

Investors are grudgingly adjusting. After all, fund managers are used to operating in a universe where all interest rates are relative, and that goes for negative ones as well. If a central bank sets a base rate of minus 0.4 per cent, a yield of zero on an ultra-safe government bond might seem attractive.

“Zero has just become another number — at least for markets if not in the real economy,” said Myles Bradshaw, head of global aggregate fixed income at Amundi, one of Europe’s biggest fund managers. “You can’t get a risk free rate above zero, and everything else is relative.”

Jim Leaviss, head of retail fixed interest at M&G Investments in London, recalls saving his pocket money to buy Lego sets in the 1970s in a Post Office account which offered an interest rate of about 10 per cent. “Inflation was sometimes much higher than that, so it’s just an illusion your money is growing,” Mr Leaviss noted.

If central banks keep cutting rates — as the European Central Bank is expected to do in September — bond yields look likely to follow them lower. The old theory that zero would act as a floor for interest rates has been shattered. However, most analysts feel that there is still some kind of limit — just lower than they had thought before.

“How low you can set rates depends on at what point you start being counterproductive,” said Adam Posen, a former Bank of England policymaker who is now president of the Peterson Institute for International Economics. 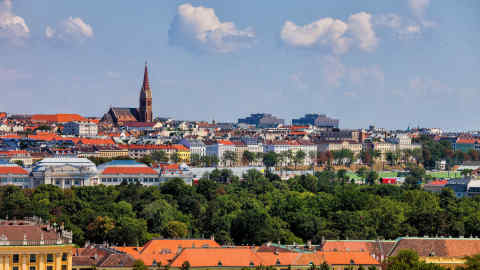 There are several reasons to think that point might be close — or even that it has arrived already in economies like Switzerland, where rates are currently at minus 0.75 per cent. At some point, savers will prefer to lock banknotes away in a vault rather than submit to punitive, negative rates, Mr Posen argues.

That means investors may not be able to ride the wave of negative yields much further. Although bond yields have been at historically low levels for years, fund managers have more than made up for lack of yield with hefty price gains on their portfolios as bonds rallied. Once the price gains fizzle out, they will be left contemplating an exceptionally bleak bond investing landscape.

“I’m worried you become dependent on lower and lower rates,” said Mr Hoffman. “It feels like the bond market is suffering some kind of panic attack. But what happens when rates go up? It’s a dangerous game.”

Video: Listen to the music of the yield curve 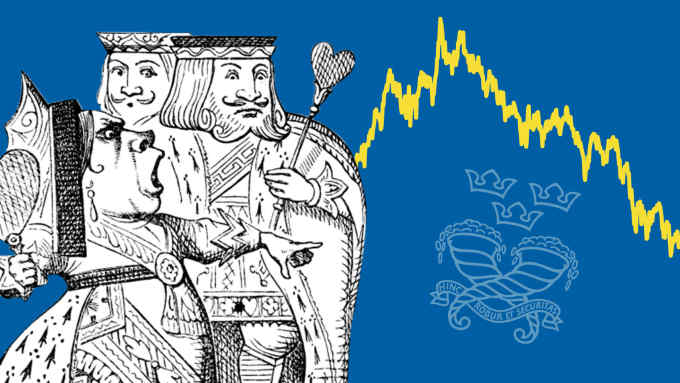 How negative rates are upending the rules of finance