How to measure the impact of business decisions on climate change

The writer is head of stewardship at Sarasin & Partners

What gets measured gets managed. The climate impact of business and consumer decisions is not being fully measured and thus not being properly managed. Decisions on where to invest and what goods and services to buy are ignoring the consequences for our planet. This market failure could prove to be our undoing, unless it is urgently fixed.

A global carbon tax would be by far the neatest policy solution: put simply it would force everyone to internalise the climate externality. The IMF estimates that to deliver the 2015 Paris climate agreement’s goal of keeping the global temperature rise well below 2C, we need a tax worth about $75 a tonne of carbon. But a charge of that magnitude is politically toxic for many and, despite considerable efforts to clinch a global deal, there is little sign of a governmental breakthrough.

While we wait, there are other levers we should pull to help transform behaviour. To put us on track toward net zero carbon emissions by 2050, we need five groups of market participants to step up and align their work with the Paris agreement goals. They have the power to reshape financial incentives in this area.

First, we need to incorporate climate effects into the rules that govern how companies calculate their profit and capital. In more than 140 countries, the International Accounting Standards Board sets these standards. Until recently, companies could report accounting numbers with little regard for either the climate consequences of their activities or the probable impact of efforts to reduce carbon emissions.

This matters because financial statements underpin capital allocation decisions. If you ignore decarbonisation promises, a coal-fired power station looks like a good investment choice because it appears to offer high returns. Factor in policies to phase out coal power, and the station looks like a much riskier, less attractive choice. In November, the IASB reminded companies that they should be including anticipated material climate-related impacts in their accounts. We need to go a step further. Companies need to make visible what their profit and capital would be, given a sustainable climate. Paris-aligned accounting would be catalytic.

Second, auditors — particularly the Big Four firms PwC, KPMG, EY and Deloitte — need to call out companies that fail to acknowledge that their financial statements would be hit by an accelerated transition to net zero carbon. This would enable investors to evaluate climate risks, and shift capital today, reducing the danger of a disorderly transition in coming years.

Third, shareholders need to vote against directors and auditors who fail to act to prevent climate harm. Proxy agencies Institutional Shareholder Services and Glass Lewis, which advise investors on how to vote on an estimate 97 per cent of company votes, have a responsibility to lead here. Their voting recommendations should not support directors who are pursuing strategies that exacerbate climate change.

Fourth, the largest asset managers have a critical role to play. BlackRock, Vanguard and State Street should commit to supporting only those directors who align their corporate strategies with net zero carbon emissions by 2050.

Fifth, the credit rating agencies, S&P, Moody’s and Fitch, have the power to help determine companies’ borrowing costs. If they capture climate risks in their ratings, fossil fuel-based activities would become more expensive, while cleaner solutions would get cheaper. The rating agencies should pledge to do that.

Together, these five groups could do a lot to align business incentives with the goals of the Paris agreement. Who knows, they might even generate much-needed momentum toward a political settlement as well.

Edward Mason of the Church Commissioners for England also contributed 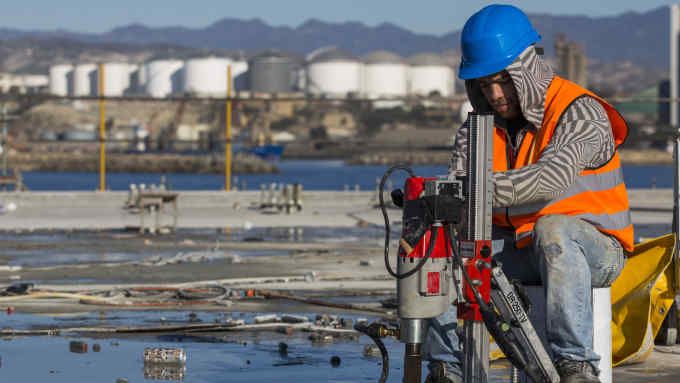 There’s big talk about energy transition — but who will pay the costs of getting to net zero CO2 emissions? The left-behind are vulnerable, and energy groups face $900bn in stranded assets. Here’s the best of this week’s comment and analysis