We’ll send you a myFT Daily Digest email rounding up the latest Diamonds and gemstones news every morning.

Speaking at the St Petersburg International Economic Forum in June, Sergei Ivanov, president and chief executive of Russian diamond miner Alrosa, announced that the company was maintaining its originally forecast output of 34-35mn carats in 2022 — above its 2021 production of 32.4mn carats.

This comes despite Western jewellery brands vowing after Russia’s invasion of Ukraine to stop sourcing from Alrosa — which, up to 2021, supplied one-third of the global annual total of 116mn rough diamonds. It also highlights the challenges for suppliers and traders under pressure to keep Russian stones at bay.

Caught in the middle are the 1mn cutters and polishers of the 4,000 firms based in India, a country that handles more than 70 per cent of all diamonds and whose political elite has long courted close ties with Russia.

“There is a massive loophole, as once a rough diamond [the sole object of sanction] has been polished in places like India, according to the sanctions it has been transformed enough to become of Indian origin,” notes Tobias Kormind, managing director of 77diamonds.com. He refers to the principle of “substantial transformation” which allows changing the place of origin of goods to where they were processed.

Nevertheless, some Indian polishers and cutters serving Western jewellers have been keen to support brands’ pledges that no Russian stones would tarnish their clients’ jewels.

“We adhere to the global sanctions and make our procurement decisions accordingly,” says Devansh Shah, partner at Venus Jewel, a company specialising in cutting and polishing diamonds from 1 to 30 carats and above. “Each of our diamonds is individually tagged and tracked throughout its diamond journey from the time we receive them as rough stones through to the final polished diamond.”

Piyush Patel of Dharmanandan Diamonds, another Indian facility specialising in large diamonds, praises the industry’s IT prowess in tracing the stones’ provenance.

The groundwork for such a system was laid during the early 2000s, when concern over conflict “blood” diamonds led to the implementation of the Kimberley Process certification scheme. This requires miners to export rough stones in numbered and sealed, tamper-proof containers — alongside documents of origin issued by governments.

For example, De Beers has begun tracking diamonds weighing 1 carat or more from mine to market using Tracr, a system based on blockchain and artificial intelligence.

Once mined, a rough diamond is scanned, photographed, appraised, and then registered on the Tracr platform. As the diamond is cut, polished and further appraised, more images and information are added to its digital identity. Last year, De Beers presented a collection of eight fully traceable rings weighing more than 5 carats.

While it is easier to imagine how large stones can be segregated, the task seems daunting for the tiny melee diamonds used in pave settings, which are usually traded in bulk rather than individually.

Yet, in trading hubs such as Antwerp, rough diamonds arrive in sealed batches sorted by size and bearing details of the mine of origin. So granular traceability does not decrease with the size of the diamonds when cutters and polishers buy directly from such places.

Dimexon, an Indian cutter and polisher specialising in melee diamonds, is one of the companies that buys direct from miners. In addition to a database system that tracks all its diamonds, Dimexon issues written confirmations of the non-Russian origin of its stones.

“Ironically, we had a low single-digit percentage input from Russia and as such were never overly dependent on Russian supplies,” says Vishal Mehta, Dimexon’s director. But he expects sanctions will put pressure on prices. “We face increased competition, within our suppliers, from those manufacturers who had a high Russian dependence and are looking for alternate sources.” 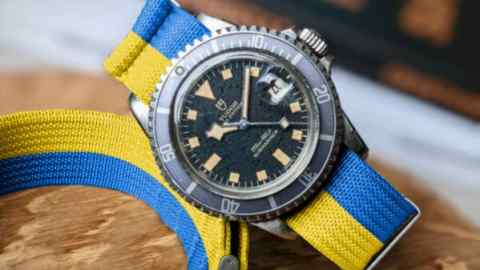 Cutters and polishers concur that, if prices have not dramatically increased so far, it is thanks to subdued demand from China, mired in its zero-Covid policy and yet to reopen. But diamond analyst Paul Zimnisky believes that there will be some supply shortages of non-Russian diamonds over the next 12 months, with consequent pressure on prices, as the West and Japan account for about three-quarters of global diamond demand.

Meanwhile, some jewellers, such as London-based Moussaieff, have had to adapt to the limited supply. “There are less goods available for higher prices,” says owner Alisa Moussaieff. “Some colours which are mostly mined in Russia are extremely scarce.” As a result, she was forced to look elsewhere for new suppliers who have different sources.

Eddie LeVian, chief executive of US jewellery brand Le Vian, agrees — adding that “the Chinese are able to absorb that (Russian) supply even in their current choppy environment”.

The challenge will therefore move on to tracing Russian diamonds from the secondary market.