The new cool of cognac

The quintessential after-dinner digestif has had a modern makeover

If you only reach for the cognac when you’re lighting up the Christmas pudding, it might be time to take a fresh look at this spirit – because changes are afoot.

Courvoisier recently launched its first cognac matured in mizunara, or Japanese oak (£2,250, harveynichols.com)– an incense-y variety strain more commonly used to mature luxury Japanese whiskies. Cognacs “finished”, or extra-aged, in ex-wine casks are also on the rise. Camus has experimented with port barrels and casks used to age Monbazillac sweet wine, which turn up the dial on the house’s tropical fruit and floral notes (2015, £47.95, thewhiskyexchange.com).

Fanny Fougerat is known for creating small-batch cognacs with a sense of place. Her latest, Marin (€74, cognac-fannyfougerat.fr), was aged in casks made from staves aged on the shores of Île de Ré, which imbue the cognac with a hint of salinity.

Cognac built its reputation on blending, but increasingly houses are releasing cognacs that are single varietal, single vineyard or single vintage. Hine Bonneuil 2012 is made from one vineyard in the heart of Grande Champagne terroir – it is soft and supple with mellow notes of blond tobacco and sweet praline. Frapin 1995, all marzipan, chewy stone fruit and fine, dry spice, is also superlative.

Cognac’s snootiness about mixing in cocktails has also started to thaw (it’s often forgotten that in the early 19th century, cognac was among the most widely used cocktail spirits of all). “When I launched Bar Luciole in Cognac five years ago there was resistance, but now the cognac companies are calling me,” says its proprietor Guillaume Le Dorner. His signatures include the Avignon, a cocktail of cognac and chamomile syrup served in a frankincense-smoked glass. But he also makes a mean Sidecar. “For a Sidecar I’d recommend Pasquet L’Organic 4yo – one that is young, fruity and super-fresh.”

The historic spirits producer Sazerac – for which the Sazerac cocktail is named – now has Sazerac Finest Original (£110, thewhiskyexchange.com), a cognac modelled on the rich and floral style the company would have made at the turn of the 19th century.

At Chicago cocktail bar After, fine and rare brandies are also on display. Digestifs include an Old Fashioned made with Delord 1979 “Snowblind” Armagnac and a Japanese cocktail made with cognac and Calvados. There is also a flight of Bhakta Armagnacs from 1888, 1972 and 2001. A fine way to round off dinner – but maybe not to use as lighter fuel. 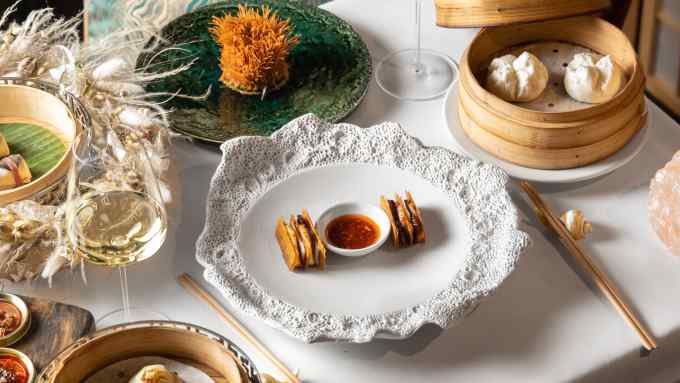