AI drives down cost and drudgery of routine patent work

New technology is transforming the lives of attorneys

If inventions of new technologies are adding to the workload of many European patent attorneys, they can also help reduce it.

Given both the growing volume and the complexity of patent application data, machine learning technologies are starting to save firms time and money. However, one of the most useful technology tools for patent attorneys is relatively simple: language translation.

“Every country has its own patent law and in a globalised world it’s extremely important to understand what is patented in other countries,” says Thierry Debled, a European patent attorney for the law firm LLR and also a director of the Center for International Intellectual Property Studies in Strasbourg.

“It’s extraordinary how artificial intelligence has improved the life of patent lawyers in terms of translation,” he adds. “The translation is not yet perfect but it’s coming.”

Beyond language translation, patent lawyers can use a new wave of technology in other ways to improve their own efficiency. Essentially, AI can process volumes of data and identify patterns that would be impossible or too time-consuming for humans to detect. For example, it can analyse descriptions of similar products and compare them using image recognition. This has helped make the process of assessing whether an invention is eligible for patenting faster and easier.

AI tools are essentially turbocharging the diagnostic abilities of patent attorneys, says Noam Shemtov, reader in IP and technology law at Queen Mary University of London School of Law. “Some are natural language processing and some are image processing,” he says. “They can go through vast amounts of data in short amounts of time and reduce the chance for oversights and errors.”

For example, AI can detect immediately whether or not some applications are eligible for patents — a process which depends on meeting criteria in areas such as novelty, inventive steps and industrial applications. AI can also pre-classify incoming applications to assign the file to the correct unit and help automate the annotation of patent literature.

At the European Patent Office, a data science team is using AI for many of these processes.

Staff say its technology can scan the more than 108m documents in its master database. This is along with more than 30m search reports from patent authorities and more than 79m full-text records in various languages.

Seeing the potential of such time-saving technology, other European patent offices are doing the same. Last year, Austria’s patent office conducted trials with several commercial providers of AI, to help with the classification of patent filings. The Norwegian Industrial Property Office, meanwhile, is now also using a tool to conduct trademark image searches.

Patent attorneys and intellectual property offices are not the only organisations turning to AI. In some cases, technology can unlock value for client companies by finding patents that have been forgotten because they have moved out of a product line. The companies can then generate revenue by selling them.

As well as saving time and money in the patent application process, AI technology is a powerful tool in preventing IP infringement.

For example, Red Points, a brand protection company based in New York and Barcelona, has developed a platform for clients designed to identify fake products such as counterfeit watches and jewellery offered via the internet. As well as identifying unauthorised sellers of a company’s products, it can track pirated content such as video and films.

“The only way to do this is with a lot of technology — image recognition, image fingerprinting, continuous use of algorithms and natural language,” says Laura Urquizu, chief executive of Red Points.

Such technology helps companies designing new products to avoid IP infringements. Based on a rapid assessment of similar existing products, they can either tweak their design or take out a licence to avoid making an IP breach.

AI can even support patent protection in the courtroom. For instance, based on historical data showing the cases on which a particular judge has looked more favourably, companies and patent solicitors can develop a litigation strategy and decide when to settle a case, or whether or not to pursue it.

On the basis of prior cases, it is even possible to analyse the way an adversary conducts litigation — whether they tend to settle at a certain point or fight to the bitter end. “We’re talking about millions of court cases that have been formatted in the right way to make them accessible to the relevant AI tools,” says Prof Shemtov.

Analysing this data would, in the past, have required an army of interns. “But the cost-benefit analysis meant that it made little sense,” says Prof Shemtov. “Now it’s all at your fingertips.” 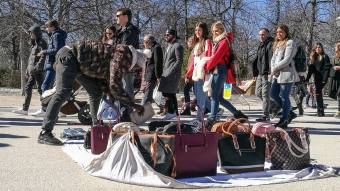 We highlight Europe’s most highly rated patent law firms as recommended by clients and peers. Plus: carmakers’ designs for the future; technical knowhow and legal skill is a potent mix; delays on EU’s cost-cutting patents court; China plays catch-up with Europe and US in filing race