If you think the same, join us
FTfm Corporate governance

The UK’s leadership in setting high standards for oversight by shareholders has helped it attract valuable public companies and investor capital for the domestic economy.

But that reputation now hinges on the plan­ned revamp of a set of influential principles that dictate how investors oversee the companies in which they invest.

The stewardship code was first introduced in the UK in 2010 after a government-backed investigation found shareholders were weak on holding investee companies to account. Fund managers must follow the code’s seven principles on how they interact with the companies, or explain why they do not.

Its launch rendered the UK a global beacon of sound stewardship, and up to 20 similar initiatives subsequently launched around the world, many of which have taken the UK code’s aims even further. So much so, in fact, that fund managers and governance experts feel the UK code is now out of date and has fallen behind other global principles. They believe it does not go far enough in pushing shareholders to engage with their portfolio companies.

As a result, the UK is losing its edge as a world leader in stewardship. “It was innovative when it launched, but it’s really important that we keep thinking, is this generating the right outcomes?” says Jessica Ground, global head of stewardship at Schroders, an asset manager.

“A shake-up is good — though we need to make sure we don’t throw the baby out with the bathwater.” 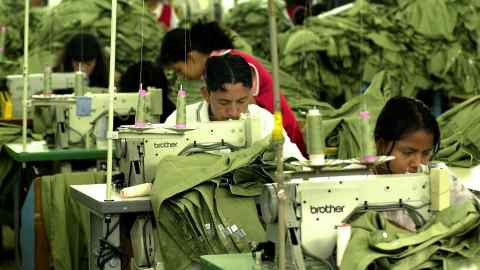 In response, the Financial Reporting Council, the accounting watchdog that oversees the code, and the Financial Conduct Authority, the UK’s securities regulator, have sought the industry’s views on how the code could be improved.

Among their draft recommendations, for which they invited feedback in January, were: widening the code’s scope beyond just equities to other asset classes, such as bonds, private equity and infrastructure; including specific reference to environmental, social and governance factors; and seeking signatories to provide annual reports on their engagements with companies.

The final code will be published within months, but its future is far from certain. To complicate matters, the FRC will soon be replaced by a new, beefed-up regulator. Separately, a government-backed probe into the FRC’s future said that if the revamped code did not go far enough, it should be scrapped and work should start on a fresh set of principles.

“The government should also consider whether further powers are needed to assess and promote compliance with the code,” wrote Sir John Kingman, chairman of Legal & General, the insurer, and author of the report that proposed closing the FRC.

“If the code remains simply a driver of boilerplate reporting, serious consideration should be given to its abolition.”

Supporters of the code are therefore keen to ensure it stays relevant to evolving corporate governance practices, but they have not held back from pointing out where they see flaws in the FRC’s proposals.

Ms Ground says the FRC’s proposals include several improvements, such as greater emphasis on fund managers disclosing more information on their interactions with companies and the outcomes.

But in some areas, she says, the code is overly prescriptive. “We are a little concerned that there is a lot of focus on purpose, values and culture, and how they contribute to stewardship. That might lead to nice statements but not much action,” she says. “It could give the impression that statements are going to be valued over outcomes.”

Ms Ground adds that while she welcomes the managers of other asset classes, such as fixed income, being subject to the code, it could lead to conflicts of interest. She gives the example of a bondholder who is encouraged to engage more with the company: their short-term investment priorities might clash with the business’s efforts to make longer-term investments or decarbonise the company.

“This creates additional complexity and unintended consequences,” she warns.